Take yourself back to the early days of aviation. Just how far back you go is really up to you. Mankind's been fascinated with flight for centuries before we ever got into the air by means of a plane.

You can start in 1903, as we are so inclined to do, when the Wright Brothers made their successful attempts at heavier-than-air flight. You can skip less than a decade to when women like Lilian Bland and Hilda Hewlett were earning their pilots licenses, building their own planes, and even opening their own aviation schools.

With aircraft, just like many technologies, only a little time makes a lot of difference.

World War I was the first time a major conflict saw the large-scale use of aircraft. This means that by the time the Great War hit the world in 1914 (a decade after the Wright Brothers' famous flight), flying was becoming a necessity. It became a mechanism of war where some pilots, such as Eddie Rickenbacker, became famous for their victories.

While aviation rapidly developed by the end of the war in 1918, the industry really flourished and expanded between 1920 and 1930.

After WWI, the aviation industry grew, including commercial aviation. The Contract Air Mail Act of 1925 contributed to the growth of airlines. The Air Commerce Act of 1926 also gave the government the responsibility for certifying aircraft, pilots, and for establishing rules, regulations, airways, and air commerce.

The interwar years saw great advancement as planes shifted away from wood-and-fabric biplanes to sleek, high-powered metal monoplanes. Pilots and aircraft alike, no longer needed for war, became entertainers, mail carriers, or commercial carriers. Charles Lindbergh made his fame for crossing the Atlantic and others, like Louis Blriot, earned their aviation firsts, too.

By the interwar years, flying had come to the masses.

World War II also had a mass effect on the aviation industry in general; as war necessitated bigger and better and more powerful planes, the technology trickled down.

Everyone's eyes were up to the skies-and then back down on the ground. 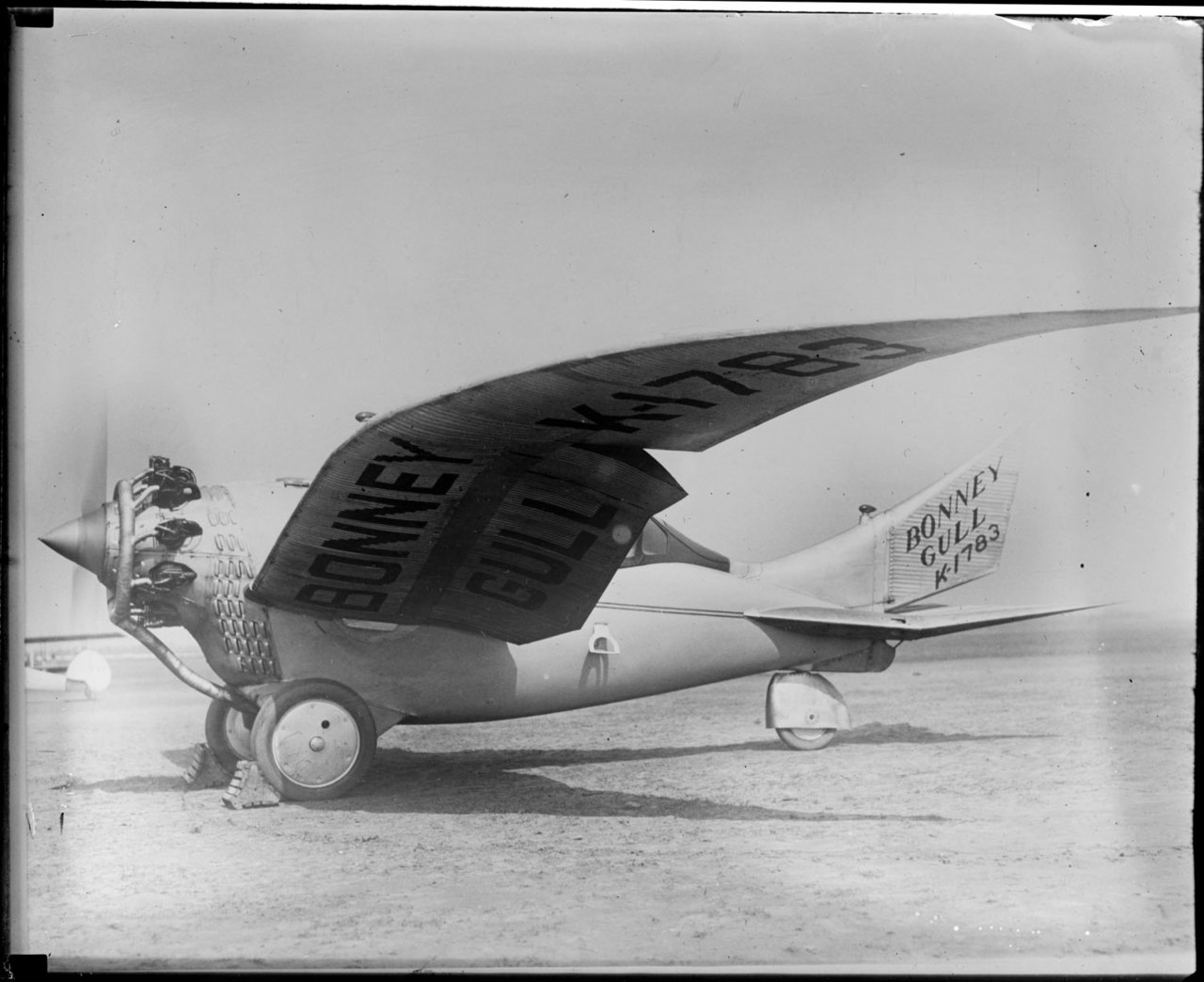 
For much of this time, flying via aircraft was still experimental. The span between getting something heavier-than-air to fly and supersonic flight (and beyond) involved a lot of learning. Much of this early education had a steep learning curve and it wasn't all success. Among the many things that flying taught us, it reminded us of this phrase: what goes up must come down.

If there's anything more fascinating than seeing one of these early planes in the air, it's seeing it come down. Despite more experience and technology, we remain fascinated by plane crashes and uncontrolled landings. So it should be no surprise that photographers flocked to the scenes of such accidents.


Did you know that 2017 was the safest year for commercial air travel? 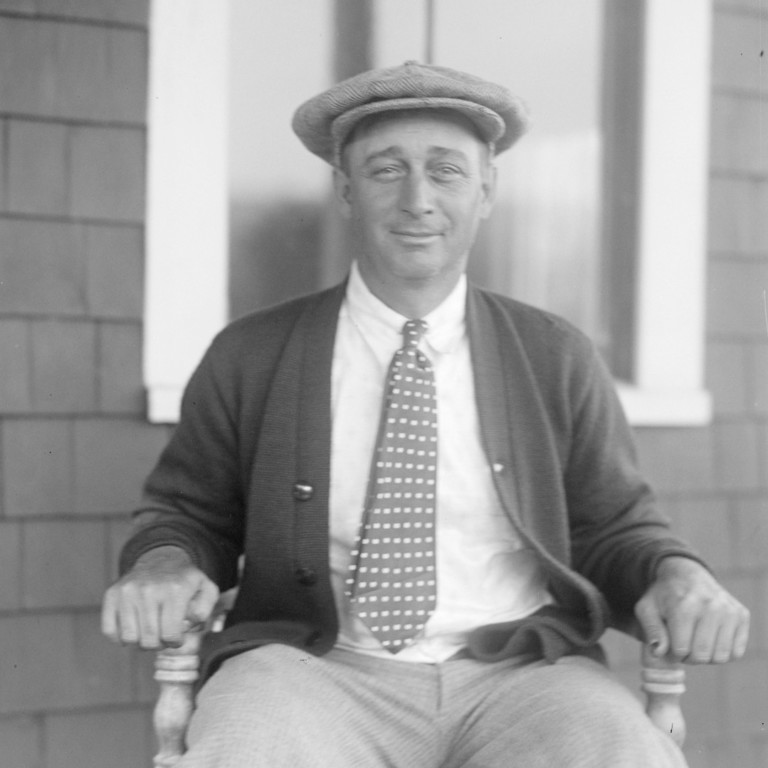 Leslie Ronald Jones was one such photographer. Born on October 12, 1886, in Cotuit, Massachusetts, he had been interested in photography from an early age. He also had some experience in the aviation industry. Since at least 1917, Jones worked at the Sturtevant Aeroplane Company as a wood pattern maker. In 1917, he also began working as a freelance photographer for  the Boston Herald Traveler newspaper. After he lost two fingers in an industrial accident, Jones became a fulltime photographer by 1930. His time at the paper ended in 1956. He spent nearly 40 years working at the Boston Herald Traveler as a photographer.

Rather than calling himself a photojournalist, Leslie Jones referred to himself as a camera-man. However, his peers and audience recognized his abilities; his work is still celebrated as a photojournalist. During his time as a photographer, he covered everything from dog and cat shows to a fox stuck in a tree on the Boston Common to Charles Lindbergh's U.S. tour post-Atlantic crossing. His photojournalism (or camera-man work) documents both the normal and unusual aspects of daily life in and around Boston.

A large selection of his photographs (nearly 40,000 negatives) was donated to the Boston Public Library after his death in 1967.

You can view photographs from the Leslie Jones Collection here.


Some of Leslie Jones' aviation series include the following:

While all of his collections are truly fascinating, the 135 images available of aviation accidents make for a particularly interesting subject. Examining these photos gives us a historical glimpse into the evolution of aviation between 1917 and 1956. It also gives us a look into the crowds of people surrounding these accidents. Many of Jones' documented crashes were non-fatal and involved low-altitude planes with few or no passengers. Others were calculated crash landings.

As humans, we tend to be drawn to accidents because they touch on our sense of morbid fascination. Just as we sometimes can't quite get ourselves to look away from disaster (or are hopeful for a hockey fight or a crash during a car race), people of this pioneering period of aviation couldn't look away, either. This was history in the making. And history, just like airplanes, has its ups and its down, its highs and its lows. For better or worse, we want to be witnesses because we want to know.

Leslie Jones' photojournalism further informed the public. Particularly in the earliest years, his documentation of crashes and famous aviators like Lindbergh and Earhart brought history into the lives of those who would otherwise not be able to witness it. Be it an engine falling through the house of an old woman or the resulting crash after some mechanics took a US Army plane on a joy ride, such documentation fascinated the public in more ways than one.