The 2016 Rio Olympics sparked some historic controversy: During the Opening Ceremony, Brazil paid homage to Alberto Santos-Dumont, the man the country credits with inventing the airplane.

Who Actually Invented the Airplane?

Ask any American, and the general consensuses will be the Wright brothers.

This is a relatively undisputed fact. Orville and Wilbur Wright  made the first controlled, sustainable flight of a powered, heavier-than-air aircraft December 17, 1903, a little south of Kitty Hawk, North Carolina. Historically, this gives them the reign of inventors of the airplane...but not to all.

If you ask the Brazilians who fathered modern aviation, they will tell you a completely different story.

Alberto Santos-Dumont was a Brazilian aviation pioneer born July 20, 1873. He spent most of his adult life living in Paris, France, where he dedicated himself to studying and experimenting with aeronautics. He designed, built, and flew hot air balloons and early dirigibles (airships) before he began his work pioneering heavier-than-air aircraft. His first fixed-wing aircraft was a canard biplane called the  14-bis.

On October 23, 1906, Santos-Dumont flew the  14-bis in what was the first powered heavier-than-air flight in Europe to be certified by the Aro Club de France and the Fédération Aéronautique Internationale (FAI). The aircraft flew for 197ft at a height of about 16ft. It won the Deutsch-Archdeacon Prize for the first officially observed flight of more than 25 meters. You can watch Santos-Dumont's first flight below (the narration is in German):

So where’s the dispute?

Well, one claim is that the the Wrights had no witnesses to their early accomplishments because it was not a public event. For that reason, they had trouble establishing legitimacy, particularly in Europe where some adopted an anti-Wright stance. By contrast, Santos-Dumont’s flight was the first public flight in the world, so he was hailed as the the inventor of the airplane across Europe.

Ernest Archdeacon, the founder of Aéro-Club de France, publicly scorned the brothers’ claims despite the published reports. Archdeacon wrote several articles, including a statement in 1906 in which he stated, “the French would make the first public demonstration of powered flight.” In 1908, Archdeacon publicly admitted to doing the Wrights an injustice after they flew in France.

Henrique Lins de Barros (a Brazilian physicist and Santos-Dumont expert) has argued that the Wrights did not fulfill the conditions set up during this period to distinguish a true flight from a prolonged hop; Santos-Dumont, on the other hand, took off unassisted, publicly flew a predetermined length in front of experts, and then safely landed.

Brazilians fail to recognize the legitimacy of the Wright Brothers’ flight because they claim the Wright Flyer took off from a rail and, then later used a catapult (or, at the very least, used an incline to takeoff). However, CNN’s 2003 report on these claims reveal that even Santos-Dumont experts don’t believe this is accurate, though Lins de Barros believes that the “strong, steady winds at Kitty Hawk were crucial for the Flyer’s take-off, disqualifying the flight because there was no proof it could lift off on its own.”

Peter Jakab, chairman of the aeronautics division at the National Air and Space Museum in Washington and a Wright brothers expert, on the other hand, says that such claims, as put forth by Lins de Barros, are absurd: “Even in 1903 the airplane sustained itself in the air for nearly a minute. If it’s not sustaining itself under its own power it’s not going to stay up that long.”

By the early 20th century, it was a race to get the first powered aircraft up in the air.

Every aspiring aviator wanted the recognition of inventing the first powered, heavier-than-air airplane (don’t forget–other experimental aircraft and early flying machines were already around), and Alberto Santos-Dumont is not the only aviator to claim the first successful powered flight (outside of the Wright Bros).

Some of the more significant claims include the following aviators:

Ader’s claim was debunked by 1910. Pearse did not claim the feat of first powered flight himself Langley’s Aerodome failed to fly either of the two attempts. In Germany, some credit Jatho with making the first airplane flight, although sources differ whether his aircraft was controlled.

Of all the aviators who claimed to have flown in powered airplanes before the Wright Brothers, the most controversial is perhaps Gustave Whitehead.

Whitehead’s claims were not taken seriously until 1935, when two journalists wrote an article for Popular Aviation. In 1963, reserve U.S. Air Force major William O’Dwyer researched Whitehead and because convinced that he did fly; his research contributed to Stella Randolph’s 1966 book, The Story of Gustave Whitehead, Before the Wrights Flew. On March 8, 2013, Jane’s all the world’s aircraft, published an editorial by Paul Jackson endorsing Whitehead’s claim. On June 11, 2013, Scientific American published a rebuttal of the Whitehead claims, and on October 24, 38 air historians and journalists rejected the claims and issued a Statement Regarding The Gustave Whitehead Claims of Flight. 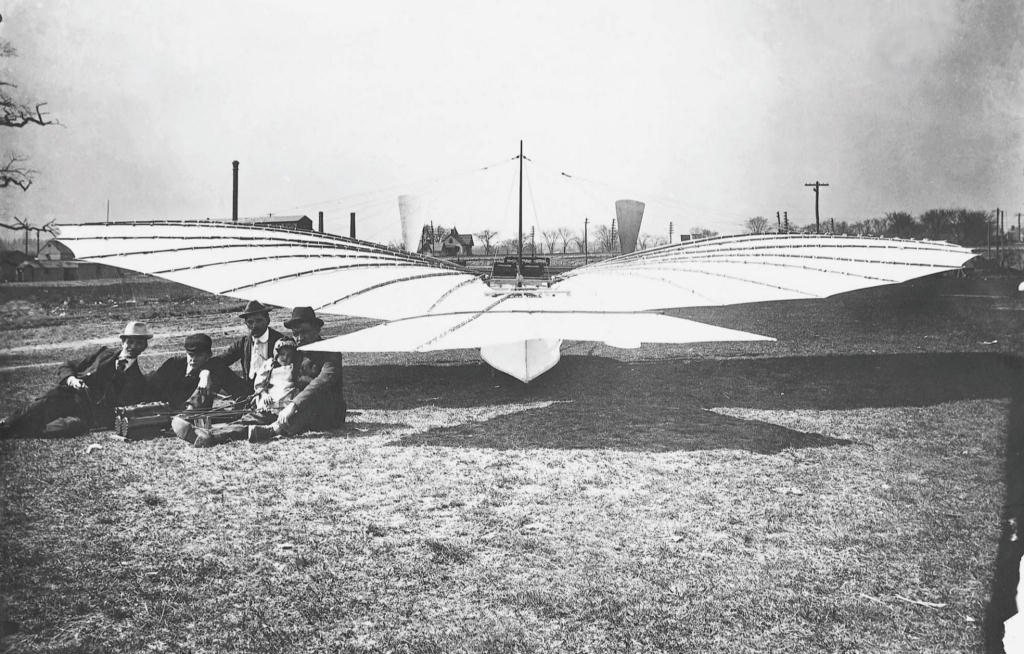 We may never actually know who really and truly invented the first airplane, but much of the evidence (and general consensus) support the Wright Brothers. But it's hard to say. Unfortunately, authentication doesn't always occur immediately upon invention (particularly when we're talking about history). It's hard to say that inventions and recognition should only go to those who seek out public view and have spotless documentation, yet how can authenticity be determined without those? Perhaps if the airplane wasn't such a technological feat, one that has only grown in global importance, the "who" wouldn't be such a big deal. I mean, we don't even know who invented the wheel...

If you followed in the footsteps of the likes of the Wright Brothers and Santos-Dumont and have taken to the sky, be sure to check out our line of aviation lubricants, and enjoy Free Shipping on orders over $75!