Narrowing it down to just five moments is hard to do, but there are still some clear front runners here. Historically, firsts are what helped propel the field. We're going to skip over the Wright brothers here, because you can read all about them elsewhere on this blog (here and here, to get you started). Today, we're going to go over five other amazing firsts in aviation history.

This is where everything began in the world of aviation. Before there were airplanes and spaceships, there were hot air balloons.

The first hot air balloon was invented by brothers Joseph and Etienne Montgolfier. In 1782, the brothers discovered that hot air caused the vessel in which it was contained to rise. They put this on display by loading a duck, sheep, and rooster into a basket attached to a balloon for the first public demonstration on September 19, 1783.

You can read more about the Montgolfier brothers and the history of ballooning here.

The first scheduled commercial airline flight took place on January 1, 1914, flying passengers between St. Petersburg and Tampa, Florida. The airlines first pilot was barnstormer Tony Jannus and the flight took just 23 minutes. The route ended just four months later, transcontinental flight took off from there because of this flight.

You can learn more about the early history of commercial flight here.

Technically, the first incident of someone refueling a plane midair actually took place two years earlier with stuntman Wesley Mays. He walked from one biplane onto another with a 5-gallon jug of fuel. This stunt (it was more of a trick than anything else) sparked the U.S. Army Air Corps to give it a go.

The first refueling to have taken place mid-air happened in 1923 when the Army Air Corps used a tanker and a hose to connect to a receiving aircraft. The hose transferred fuel from a tank on the plane, officially marking the first mid-air refueling.

In Stratford, CT, the first helicopter took flight on September 14, 1939. Igor Sikorsky is considered by some to be the Father of the Modern Helicopter as he invented the first successful model that today’s are modeled after. His model was this first to use both a single main rotor and tail rotor in its design, and he flew the helicopter himself in a flight that lasted just a few seconds but changed our perception of the aircraft forever.

You can learn more about helicopters and the history behind them here. 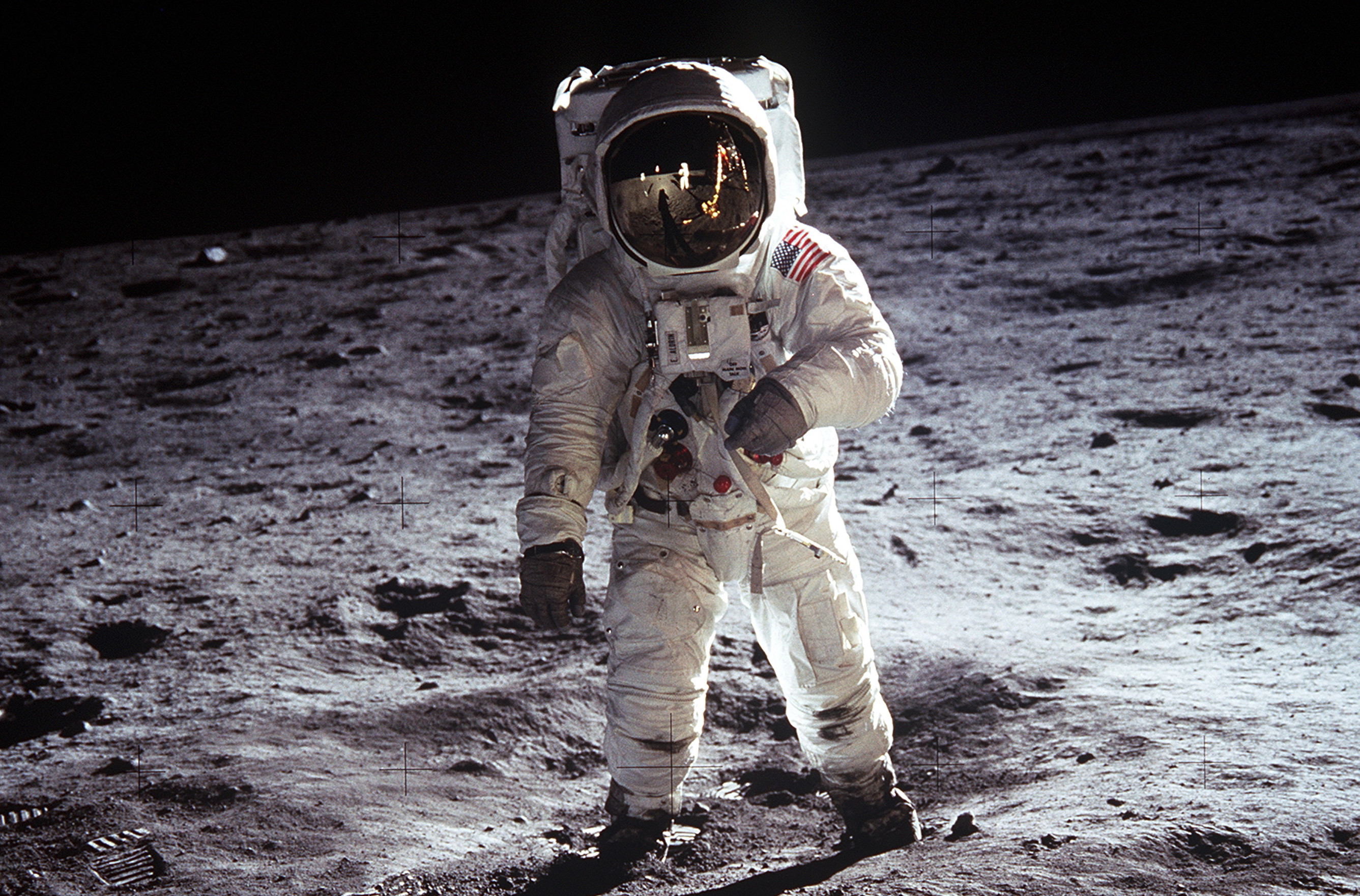 Astronaut Buzz Aldrin on the moon.

Neal Armstrong and "Buzz" Aldrin hold the proud title of "First Men on the Moon," as earned on their historic landing on July 20, 1969. Today, our reach has surpassed the moon and we are exploring and discovering more than we ever thought possible.

As I stated in the beginning, this is just the tip of the iceberg with historical aviation events. What are your favorite milestones in the field? Comment below!