When it comes to aviation, I can't help but think of Orville and Wilbur Wright. After all, they paved the way for aviation as it exists today. Without their historic flight on December 17 th, 1903, who's to say where aviation would currently be. The Wright Brothers achieved this feat using their "Wright Flyer" aircraft, which was the first powered aircraft that was successful at achieving flight, while being heavier than air. 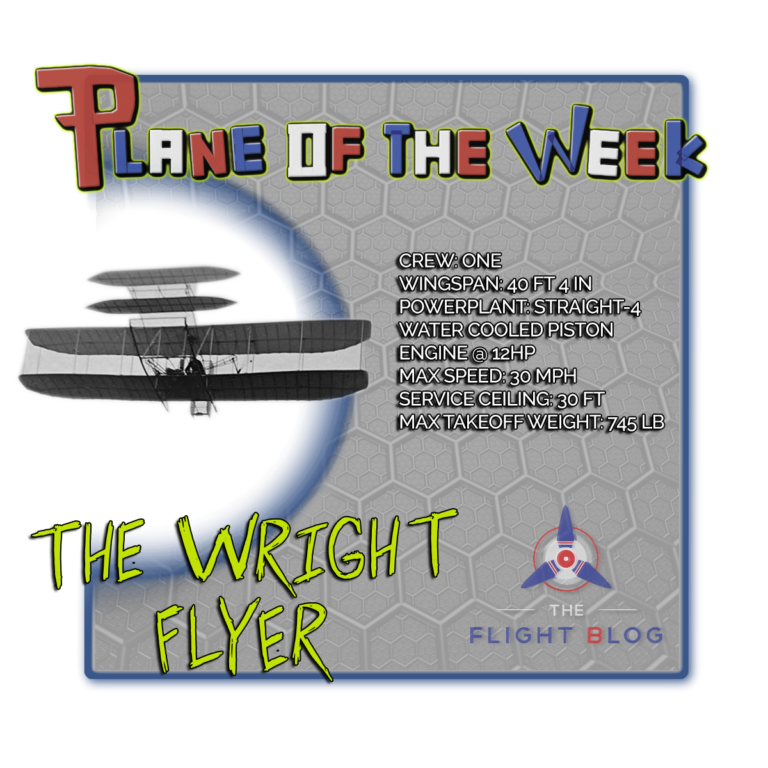 Using giant spruce wood, the Wright Brothers were able to construct the plane, which was modelled directly after their 1902 glider which they also launched near Kitty Hawk. Unable to find an automobile engine that would suffice for this application, the brothers sought the help of their bike shop employee, Charlie Taylor who built the straight-4 engine that powered the flyer. This engine powered two propellers which borrowed the chain and sprocket concept from bicycles to transfer power.

On December 14 th, 1903 the brothers were ready to take to the skies. With the help of some local men, the brothers setup their launch from atop Kill Devil Hill. Using 2x4 lumber, the Wright Brothers constructed a launch rail for the aircraft to travel along during takeoff. Due to a sharp pull-up by Wilbur during the first attempt, the plane suffered some damage. 3 days later on December 17th, it was Orville's turn which resulted in a successful 120-foot flight. The brothers had done it and successfully completed the first successful powered flight.

The Future of Flight

While the Wright Brothers were successful at inspiring the nation to pursue flight, the design of the flyer did not entirely transition into the future of aviation. For starters, the wing or "canard" at the front of the craft was not the most efficient way to control pitch and often led to a plane that was difficult to control. One feature that was pioneered by the Wright Brothers was the simultaneous control of yaw and roll and can still be found in use on aircraft today.

While the Wright Brothers' aircraft may not have been the fanciest or even most effective design, it did prove one thing, that man was destined to fly, and for that reason, aviation moved into a new age, an age of pioneers.