Papua New Guinea has seen its share of plane crashes, as well as its share of war buffs hunting for -warbird- wrecks. But of all the downed planes scattered throughout the mountainous rainforests and jungle terrain, the fabled -Swamp Ghost- remains the most legendary.

For 64 years, this downed B-17 Flying Fortress rested intact among the waist-high water and kunai grass in Agaiambo swamp. It had slipped out of thought until 1972 when Australian soldiers spotted it. Completely preserved, it was like a ghost in the swamp. Over time, trekkers starting visiting the aircraft, stripping the B-17 of its instruments, guns, and even flight yokes. Then, in May 2016, an American salvager took the bomber apart and removed it from the swamp, causing controversy.

But how did it get there in the first place?

The History of the B-17E Swamp Ghost 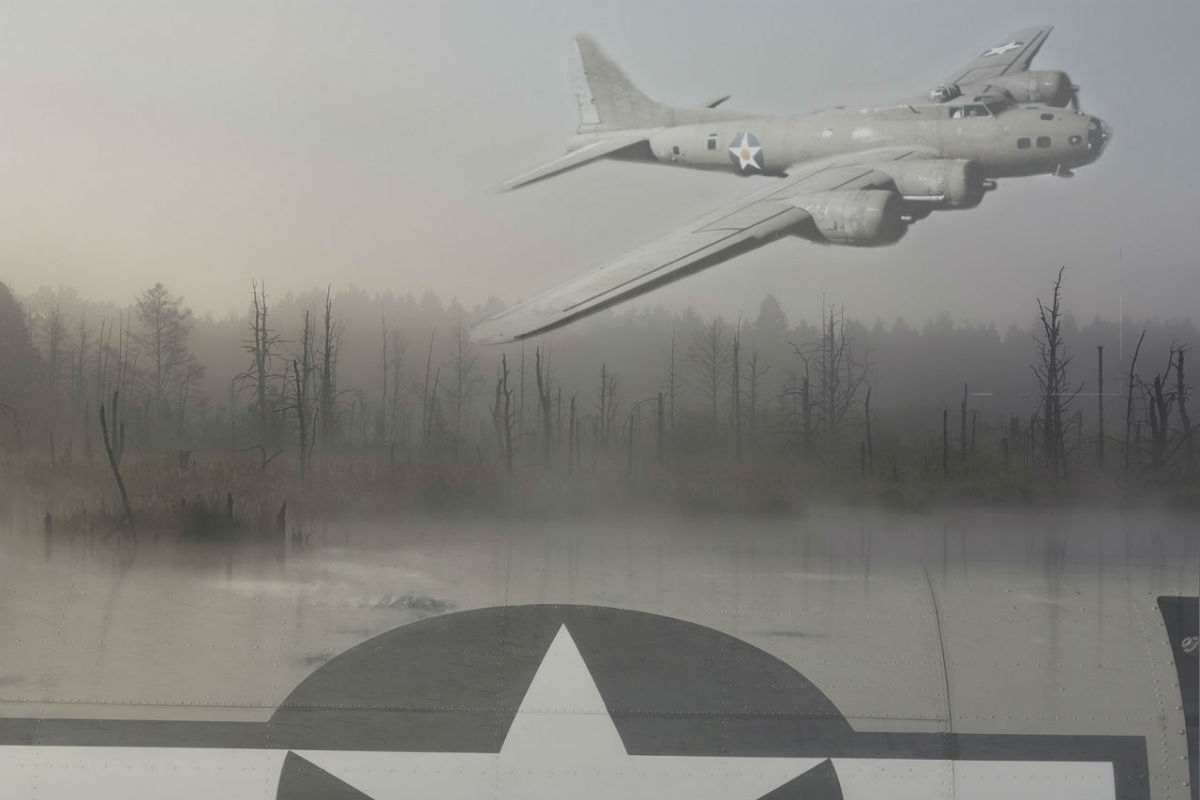 This particular B-17 Flying Fortress (41-2446) was delivered to the United States Army Air Forces (USAAF) on December 6, 1941-just one day before the Japanese attacked Pearl Harbor. Eleven days later, the bomber departed California for Hickam Field in Pearl Harbor, Hawaii. For a short time, the crew was based at Wheeler Field in Wahiawa and flew patrol missions for the Navy until February 1942.

In February 1942, Japanese Troops invaded Rabaul on New Britain and established a base. This threatened the rest of New Guinea and Australia. In response, 41-2446 was ordered to Garbutt Field, Townsville, in Queensland, Australia.

Because of the B-17's range, the Japanese control of Wake Island and Guam, and the Vichy government's armistice with the Nazi government, 41-2446 island hopped nearly 5,700 detour miles to get to Townsville.

A couple days later, on February 22, 1942, nine B-17Es of the 19th Bombing Group were scheduled to take off for Rabaul. However, nothing about this mission would go quite as planned. Four out of the nine aircraft had to completely abort the mission due to mechanical problems. Bad weather conditions also made it difficult to see up in the air for those able to takeoff. Poor visibility separated the five in flight.

But wait-there's more. When 41-2446 was to drop its payload, the bomb bay malfunctioned. The crew had to go around for a second pass, where they managed a clear drop over their target. Japanese fire was intense and a flak round managed to punch a hole through the starboard wing. Fortunately, it didn't detonate. While the crew hoped to make it to Fort Moresby, fuel wouldn't let them.

Captain Fred Eaton thought he was setting down the bomber in a wheat field; however, they actually landed wheels-up in the middle of Agaiambo swamp. Thankfully, the crew was unscathed, except for one with minor cuts and scrapes.

It took two days of hacking their way through the razor-sharp kunai grass until they reached dry land. They ran into some locals chopping wood who took them, completely bitten by mosquitos and infected with malaria, to their village. After a night of rest, they traveled downriver in canoes, were handed over to an Australian magistrate, and eventually arrived at Port Moresby on April 1-thirty-six days after their crash. After a week in the hospital, the men returned to combat.

After 41-2446's crash, Captain Fred Eaton flew 60 more missions. Whenever these missions would take him over the crash site, he would circle it and tell his new crewmembers the story of what happened. This was where the plane's legend was born.

However, the crash of 41-2446 waned from the public eye for nearly three decades until Australian soldiers -rediscovered- it in 1972. After spotting the wreckage from a helicopter, they landed on the aircraft's wing and found the semi-submerged plane eerily intact. The machine guns were in place, and even the coffee thermoses were intact. They nicknamed the plane -Swamp Ghost- and the name stuck.

Word spread in 1979 thanks to warbird collector Charles Darby who included dozens of photographs in his book, Pacific Aircraft Wrecks. Once the fad of recovering WWII aircraft really took off, trekkers made it to the site and began stripping the aircraft for keepsakes and sellable items. Despite the stripping, the aircraft structure itself remained remarkably intact. That is until it was removed from the swamp.

Alfred Hagen, a pilot and commercial builder from Pennsylvania, set his sights on Swamp Ghost and wanted to take it free it from the disintegration of the swamp. In November 2005, he obtained an export permit for the B-17 in return for $100,000. For four weeks they labored over the aircraft, dismantling it in order to ship it out of the country.

However, the controversy over its removal halted the cargo before it could be shipped to the United States. Eventually, it was cleared for import by February 2010 and found its way to the Pacific Aviation Museum at Pearl Harbor.