Sky's the limit for a comeback

You might have noticed that thick, white letters don't really dominate the sky anymore. Have you seen any "Marry me" or "I love U" notes lately? It certainly isn't as common as it used to be. What we might now think of as old-fashioned or antique or even low-tech, was once thought to be the future of advertising. It was also--and still is--an artform.

Despite its seeming disappearance, it hasn't completely gone up in smoke.

Although Skywriting is not too common nowadays, not all smoke effects are.  Aerobatic smoke oil (the stuff that vaporizes into that recognizable thick smoke) is a commonly used substance at airshows across the globe to create thick, white (or colored) smoke trails for better seeing stunts and maneuvers. While the Black Cats was the first aerobatic team that utilized smoke effect in their performances in 1957 at Farnborough, using thick smoke for entertainment goes back more than 20 years.

Skywriting* starts with a plane and the sky.

Small aircraft are outfitted with special smoke emission systems-a typical smoke generator consists of a pressurized container that holds a low viscosity oil (we're big fans of  White Lightening). The paraffin-based mineral oil is injected into the hot exhaust manifold, which causes it to vaporize into a volume of dense, white smoke.

So we have the canvas, the sky, and we have the medium, the smoke. Now all that's missing is the artiste.

As with any form of art, having the right tools will only get you so far. What really matters is pilot talent. The skywriting (or skyart, really) is done by a skilled pilot who is able to maneuver the aircraft in such a way to form the letters so they are visible from the ground-while knowing when smoke is needed to make the letters. It requires extremely precise flying and the ability to factor in everything from the position of the sun, the position of the crowd, the direction of the wind- It's certainly not the easiest job in the world, which is one of the reasons not many people do it anymore--not many can. It makes the art of it that much more valuable.

Like other aviation firsts, the beginnings of skywriting are disputed, although most sources attribute the development of skywriting to Major John Clifford "Mad Jack" Savage. The former British Royal Air Force pilot (and writer for Flight magazine) formed a successful skywriting fleet of Royal Aircraft Factory S.E.5 aircraft in England; he flew throughout the 1920s and 1930s and even brought the practice across the pond to America.

The first use of skywriting for advertisement was in May 1922 at the Derby at Epsom Downs. Demonstrating Savage's techniques, Captain Cyril Turner wrote "Daily Mail" above the track. Five months later, Turner came to the United States and wrote -Hello U.S.A- above the Times Square skyline in Manhattan.

But Albert T. Reid, of the Historical Society, wasn't having any of this. In 1926, he wrote to the New York Times:

"A newspaper paragraph says skywriting was perfected in England in 1919 and used in the United States the next year. But Art Smith, who succeeded Beachey in flying exhibitions at the Panama-Pacific Exposition in San Francisco in 1915, after the latter had been killed, did skywriting, always ending his breathtaking stunts by writing "Good Night." This was not a trial exhibition, but a part of every flight, and was always witnessed by thousands."

Arthur Roy Smith was an early American aviator who earned celebrity status as a world-class showman and daring pilot. When it came time for the 1915 San Francisco World's Fair, Smith strapped fireworks to the back of his plane and put on spectacular performances over the course of the fair. Newspaper accounts from the San Francisco Examiner (May 7, 1915) and the San Francisco Chronicle (August 8, 1915) make mention of Smith's writing in the sky: "Zone," in honor of the fair's amusement sector, and the words "good-bye" in light at night at the end of his first run (without digging too deeply, either Reid was slightly inaccurate, or the Chronicle is referring to a different writing event).

Photographs have captured some of Smith’s other drawings, which are more abstract than the aforementioned instances of sky writing. Regarding Smith’s skywriting, one journalist wrote, “His quick turns and zigzags made the aeroplane resemble a giant, fiery pencil writing across the sky.” And while no one doubts his skills as an aerobatic pilot, his aerial “Art” is much less well-known than Jack Savage, at least when it comes to the skywriting industry. In addition to Savage’s notoriety as a skywriter, he patented a “Method of producing advertising signs of smoke in the air” (US Patent 1,489,717) on April 8, 1924. Clearly, Savage’s pursuit of advertising led to superior advertisement for his own work.

The future of advertising

Skywriting became so popular that naturally people began second-guessing this new technological fad and wondered if things weren't better before. You know, simpler times. The New York Times referred to the practice as -celestial vandalism,- and described a future of smoke-choked skies, a nuisance for high-floor apartment dwellers who would be forced to keep their windows closed against the invading smoke. (I wonder what these people would later think of obnoxious television commercials and the overabundance of billboard advertisements, not to mention the lack of problem with the kind of smoke Lucky Strike cigarettes filled the lungs, apartments, and atmosphere of twentieth century America-).


In case you were wondering when it comes to modern smoke oils, safety comes first. The ideal smoke oil should be non-toxic,  biodegradable and should have an appropriate density to fully vaporize.

By the 1950s, few skywriters were left. Television proved to be a much more popular medium for advertisements, and naturally, there was print and radio still, as well. In the 1970s, however, Pepsi revisited the medium and recommissioned a single plane from their earlier fleet. Suzanne Asbury-Oliver, who now owns her own business with her husband, got her start in skywriting by working for Pepsi. The biplane she flew is now on display at the Air and Space Museum's Udvar-Hazy Center. 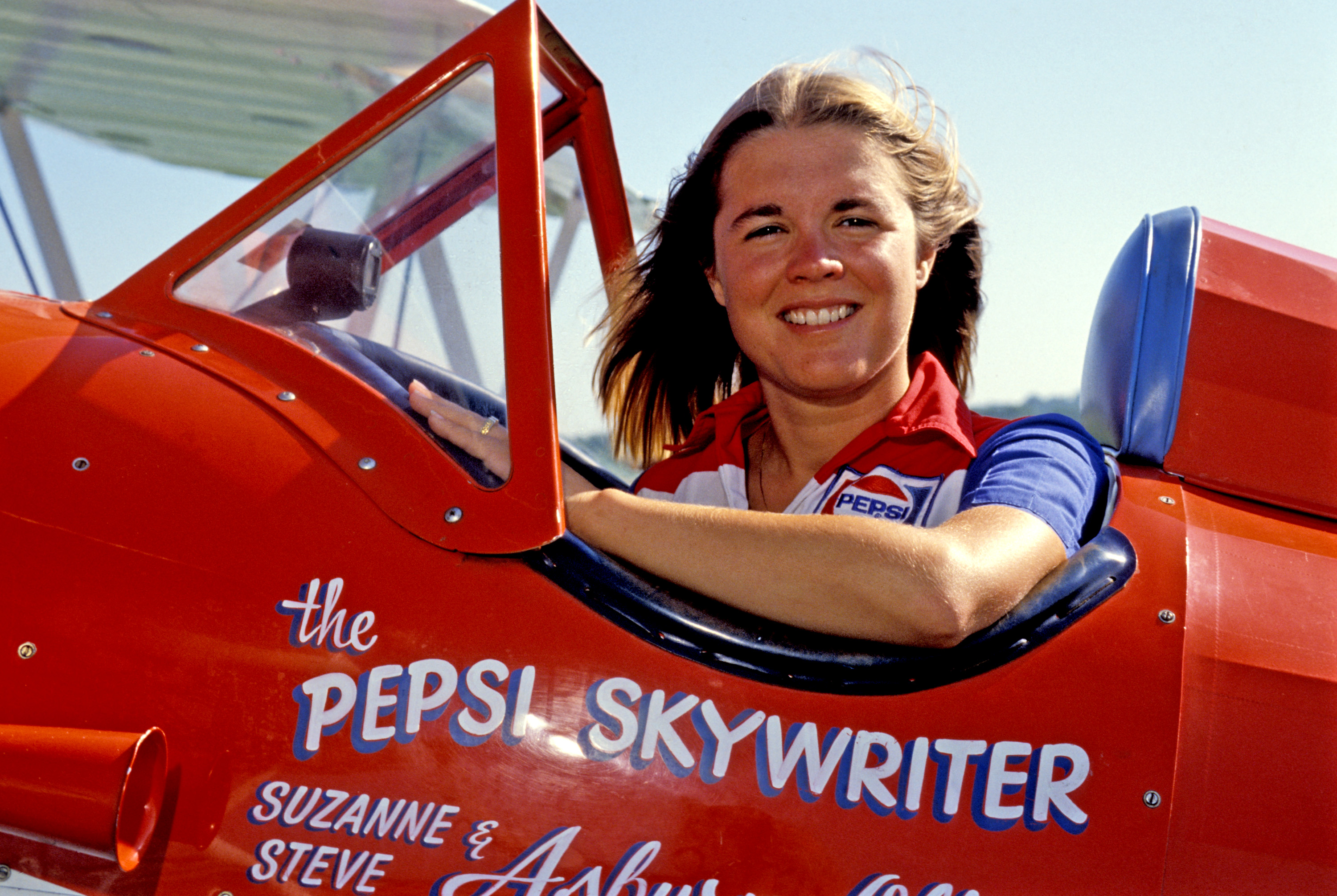 Asbury-Oliver is one of a few pilots left who still practice the craft, and her company is one of the last remaining full-time skywriting businesses. And though she loves flying in her own super-modified De Havilland Chipmunk, and business is steady, it's certainly not the easiest. For one, skywriting can be expensive. A single, typical job can cost a client anywhere from $5,000 to $15,000. And the work itself is heavily dependent on the weather; skies must be clear for messages to be written.

Despite the uncertainty, expense, and perhaps near-rarity of modern skywriting, there is hope for its comeback. Just as Pepsi started a revival in the 70s, now is the perfect time to take to the skies again. With the help of social media, skywritten messages are no longer temporary. Social media platforms like Facebook, Twitter, and Instagram offer wider message distribution, not to mention the sheer -hype- these messages generate, given their rarity. And in a world where vintage, kitsch, and individuality are all the rage, what better way to stand out than with messages painted across the sky?

But here's one certainty: smoke effects can generally be seen wherever there are air shows, including the U.S. Navy's flight demonstration squadron, the Blue Angels. And none of these crowd-dazzling air effects would be possible without smoke oil.

Need to stock up for your next air show? You can shop great deals on smoke oil at aviationoiloutlet.com! 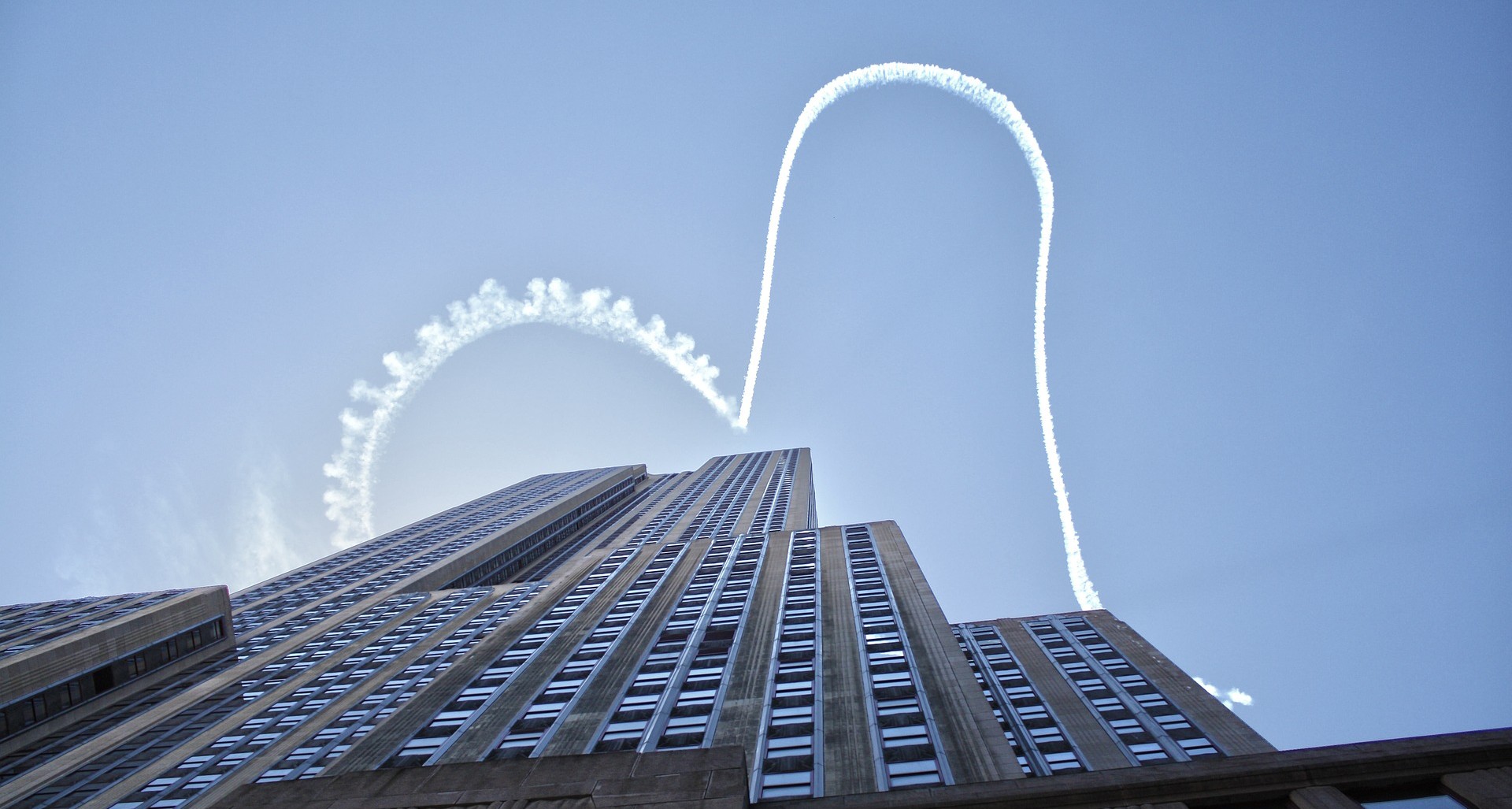 *traditional skywriting is accomplished with a single plane flying through the sky to form letters. Digital skywriting, or skytyping, utilizes several airplanes that fly parallel. A computer triggers smoke-emission mechanisms in each plane to coordinate the release of smoke to "type" letters of logos.