Aerobatic displays are the highlight of every airshow. Such maneuvers most often rely on the thick plumes of white or colored smoke to enhance the display. Besides the visual aesthetic, smoke oil also makes performances safer because the smoke facilitates better visibility of aircraft and flight trajectories. When flying in formation, pilots gain better control of the flight situation and positioning of the other aircraft. 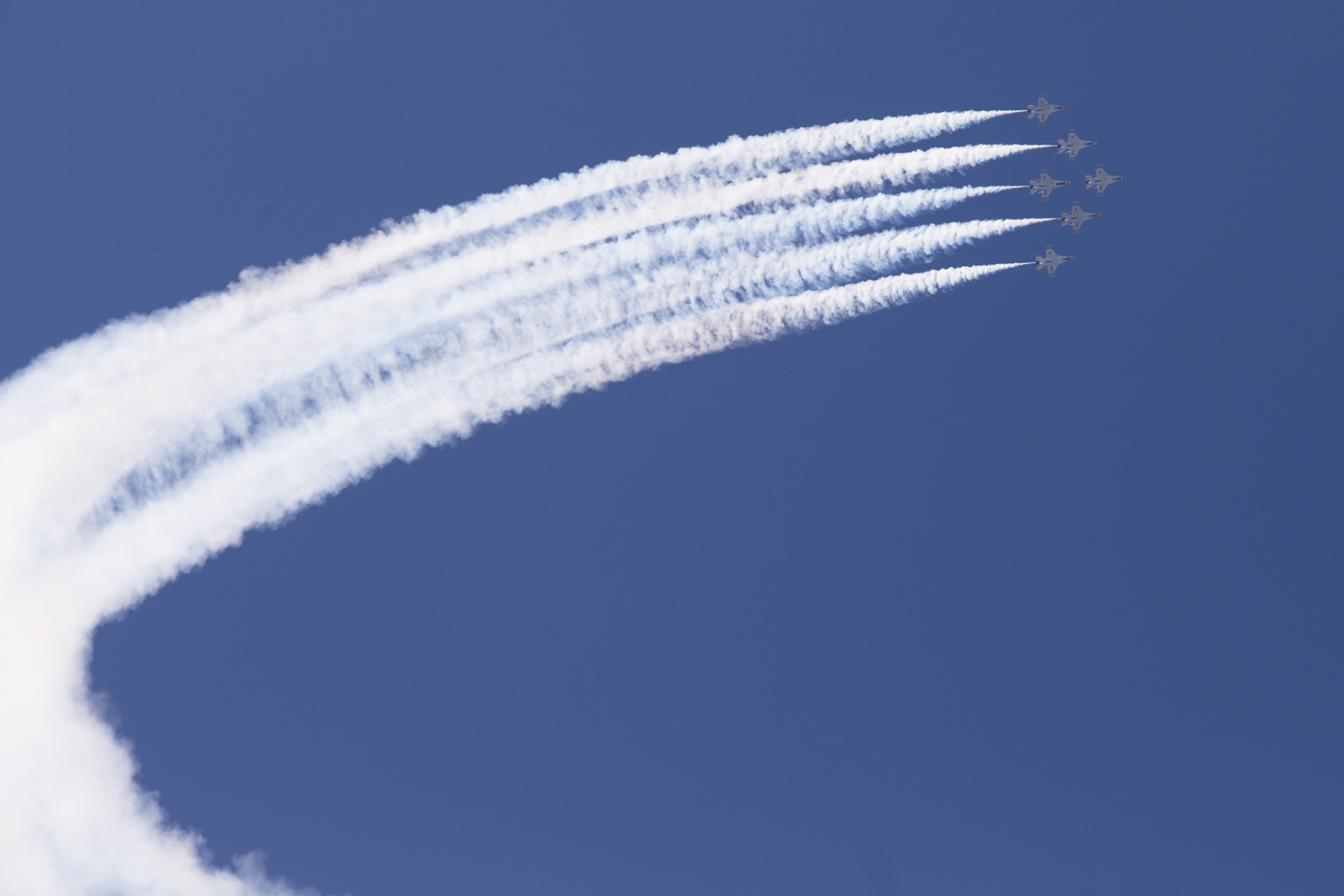 Utilizing smoke in aerial visual effects goes back as far as the 1920s for  skywriting. Smoke wasn’t used as part of an aerial acrobatics until the Black Cats performed at the 1957 Farnborough Air Show. Since then, smoke oil has become a major component of  modern air shows and most performances utilize smoke.

How does smoke oil work?

In order to get your aircraft to produce crowd-wowing smoke for aerobatics, you need a smoke oil system. Part of this system includes the tank that will hold the oil inside the aircraft. It’s incredibly important that this tank is sturdy and well-secured. Not only is oil heavy, but aerobatic planes are also subject to  high-G maneuvers—meaning, you don’t want your smoke oil sloshing all over your aircraft.

The system also requires a fuel pump to move the oil from the oil tank to the nozzle(s) connected to an exhaust point. And this is where the magic happens: when the oil meets the very hot plane exhaust, the oil burns instantaneously, creating that notorious, high-visibility smoke. The pilot controls the smoke with the help of an electrical on/off switch in the cockpit.

That is how you create aerobatic smoke for a jet or piston engine aircraft. When it comes to turbine engines, the process is a little different. This type of smoke oil system injects the smoke oil through a nozzle several inches away from the turbine exhaust. The exhaust and shear forces create a fine mist into the exhaust, producing airshow quality smoke. 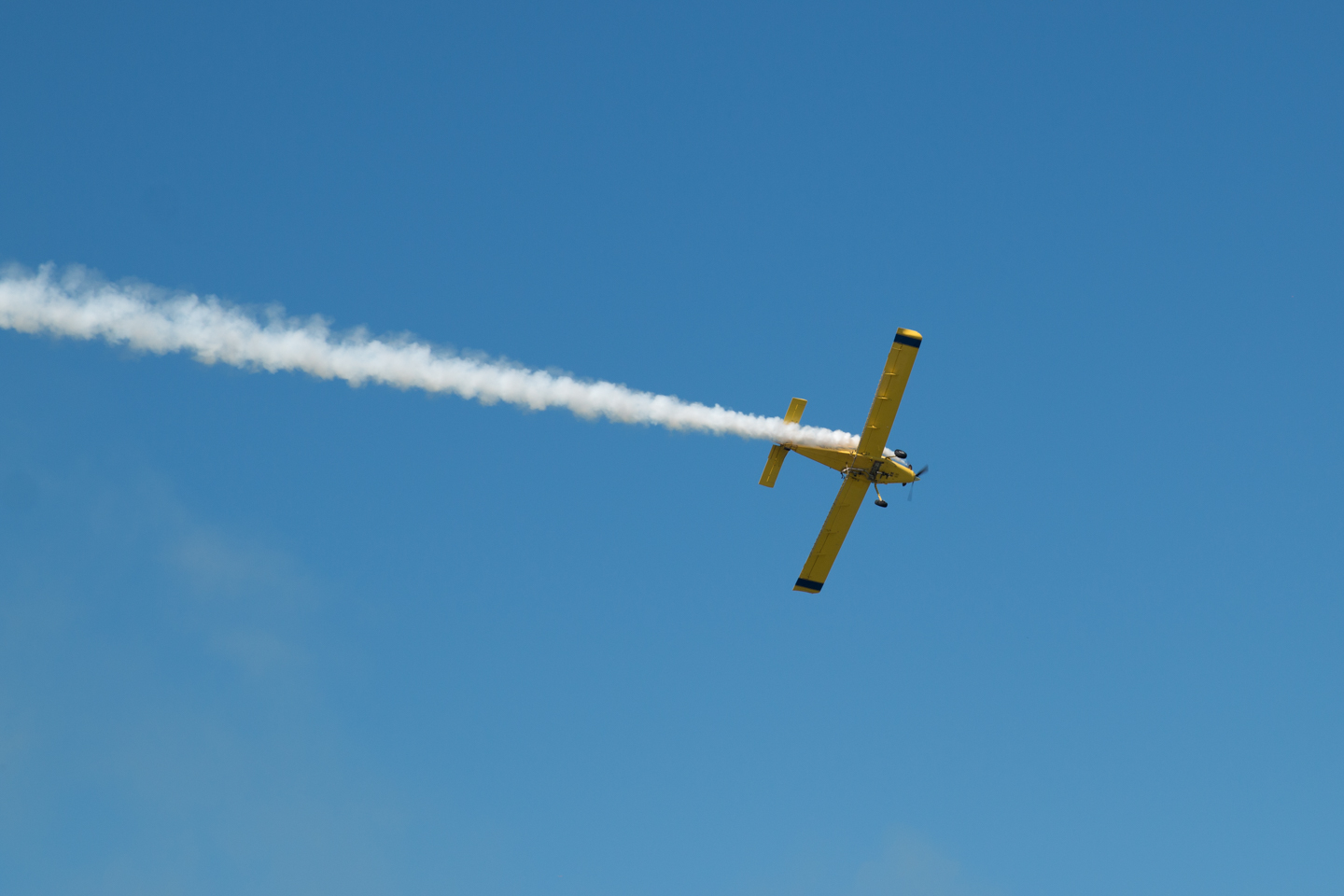 What oil can be used for aerobatic smoke?

When it comes to picking an oil for your airshow or personal smoke oil system, safety is the number one factor. Think about it—during an aerobatic performance that utilizes smoke, the aircraft is releasing partially oxidized oil and blowing it above a crowd. 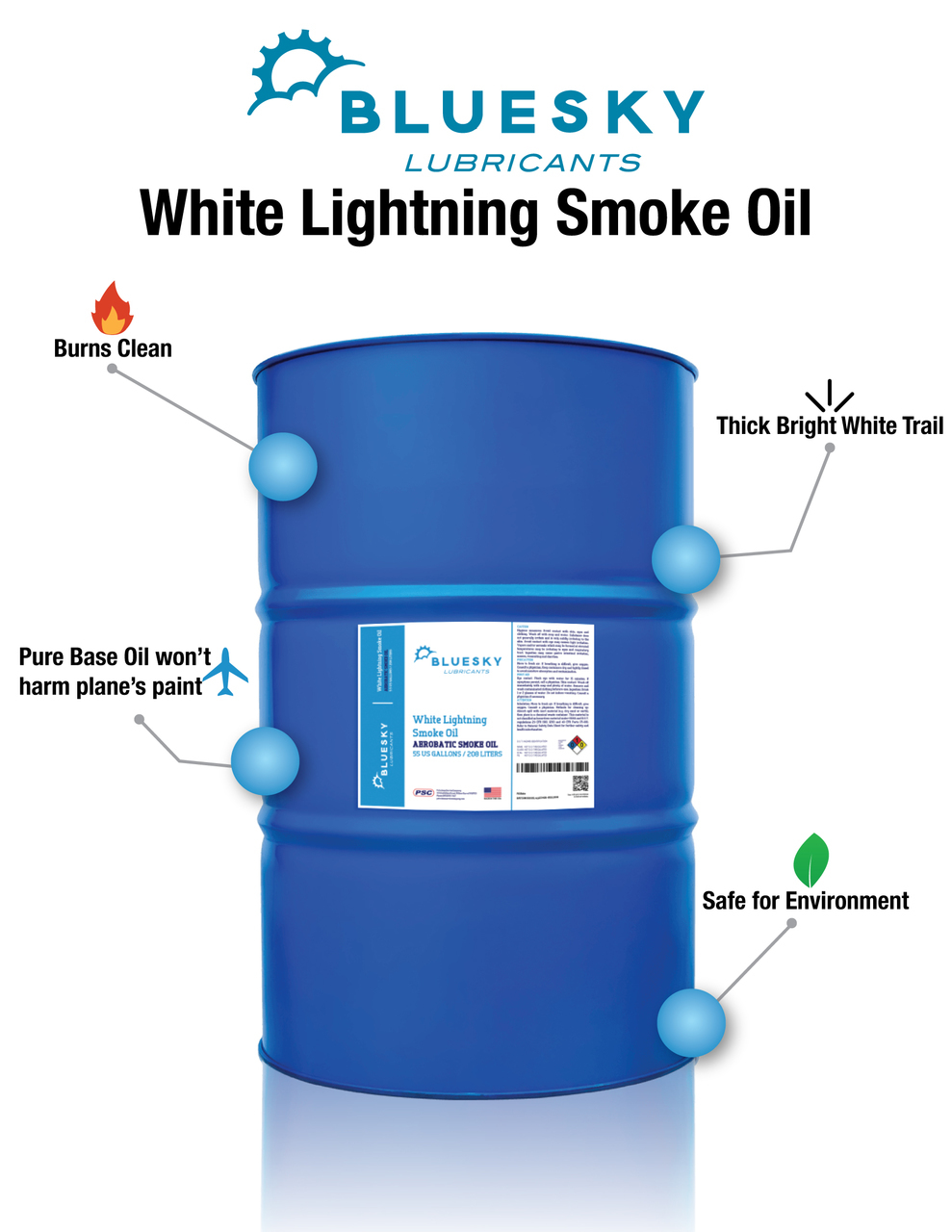 All smoke oil used in airshows or for a similar purpose cannot be toxic, it should be biodegradable, and should also have an appropriate density to fully vaporize. It’s also important that the paraffinic (mineral) oil is pure base stock with no additives. An oil that contains additives may be harmful to the health of both the pilot and the spectators.

Manufacturers of aircraft smoke systems recommend using only certified smoke oil for both safety and performance. Use of uncertified oil, or use of admixtures, can be hazardous and also damaging to the smoke systems or even the aircraft itself. Diesel, for example, has been previously used as an aviation smoke oil, but it is known to affect the aircraft’s paint coating.

Rather than hoping you choose the right biodegradable mineral that has no additives and is non-toxic, you can take the guesswork out of the equation by investing in a  high-quality oil specifically formulated for use in aircraft smoke oil systems.

At Aviation Oil Outlet, we only offer aerobatic smoke oil that is safe and of the highest quality available.