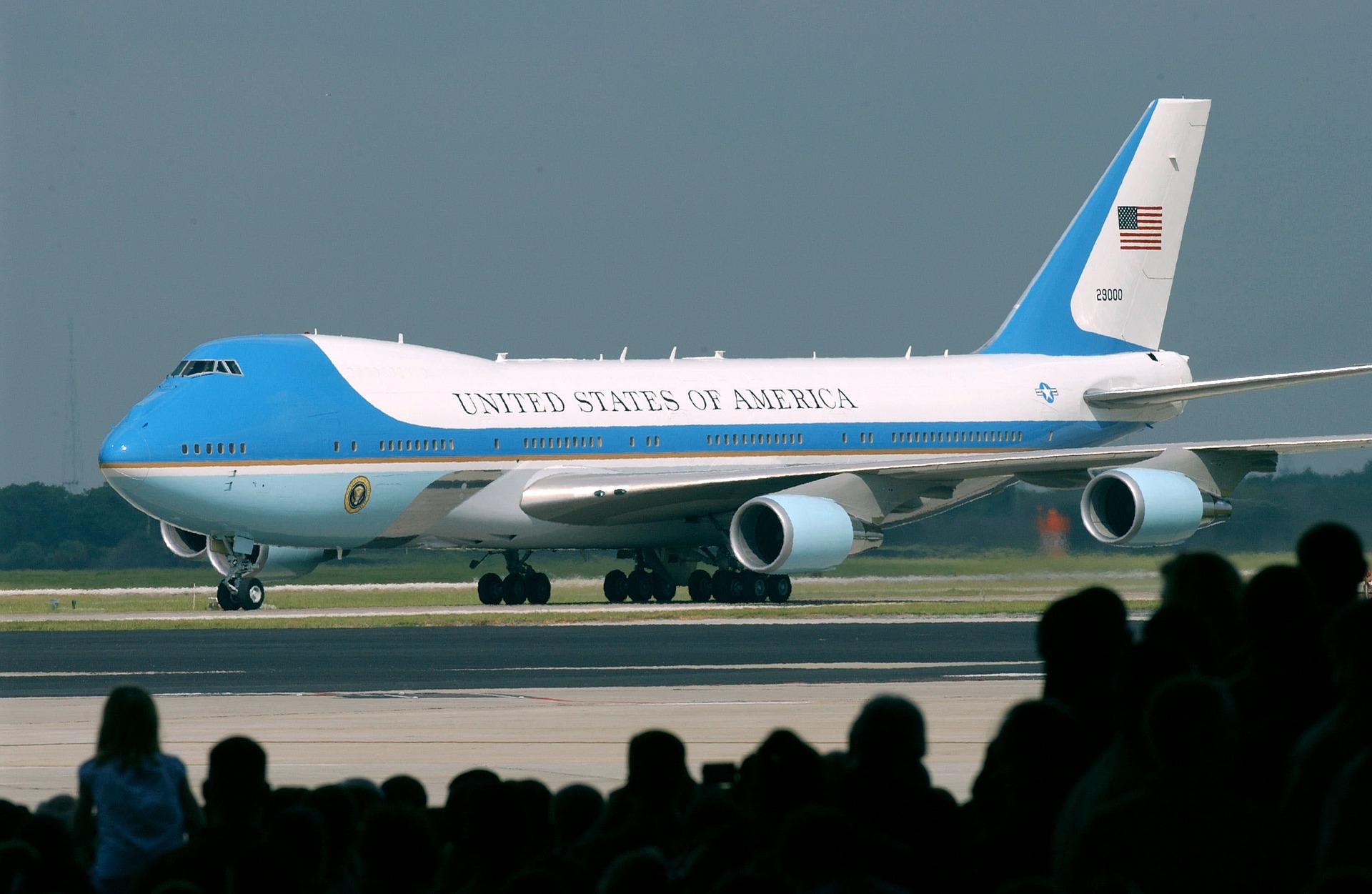 Aviation history is being remade in Bridgewater, Virginia.

While images of Air Force One landing in Cuba have taken social media by storm (it's the first president to visit Cuba since the days of Coolidge, therefore the first time Air Force One has ever been on Cuban soil), the Boeing 747-200B isn't the only presidential plane that has taken flight recently.

Today the designation of Air Force One refers to specific planes equipped to transport the President of the United States, although technically such a title can be used to describe any Air Force aircraft carrying the Commander-in-Chief.

Why Air Force One?

While Franklin D. Roosevelt was the first president to fly in an aircraft while in office, it was during Dwight D. Eisenhower's presidency when the president's plane earned a specific designation-a very near-miss collision occurred in 1953 between the president's plane and another from Eastern Airlines with the same flight number. -Air Force One- was then born as a means to differentiate it from every other plane-staring in 1953 but not -officially- until 1962. Col. William Draper is credited with the moniker.

That presidential plane was a 1948 Lockheed Constellation named Columbine II.

And until recently, that plane was parked in the desert. 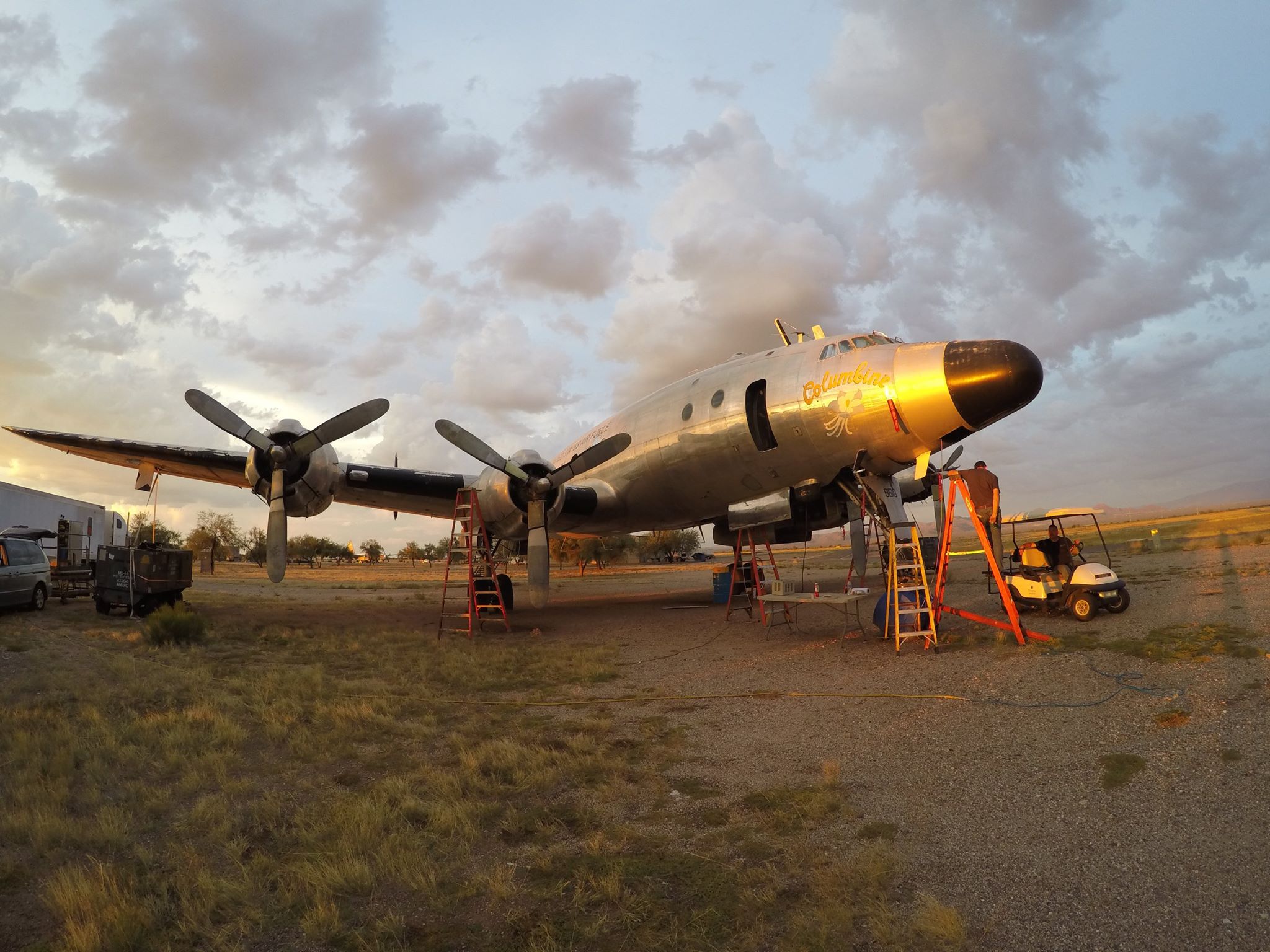 How exactly does a former US President-bearing airplane find its way into the Arizona desert?

When the plane was decommissioned in the late sixties, it, like many decommissioned planes, was sold as surplus for parts. And while attempts were made to restore the aircraft and its appeal to aviation enthusiast, it was a no go. And where do dead-end planes go? The desert.

Boneyards are where aircraft go when there's no use for them-either because they've been decommissioned or they are simply on standby for when they are needed. This means that some are given the Lazarus treatment and brought back to life with a little (or a lot of) TLC.

For 16 years the Columbine II waited patiently in the Arizona desert heat. Now the Constellation is getting the chance to fly across the sky again.

On March 19, 2016 at 12:28pm, Columbine II took to the sky after over a year of preparation. Spearheading the restoration of this Connie is Karl Stoltzfus of Dynamic Restoration and his team. Stoltzfus purchased the plane and spent over a year putting her back together again.

From Marana, Arizona, the crew flew her to Mount Pleasant, Texas, on Monday (March 21) in collaboration with the Mid America Flight Museum. On Wednesday (March 23), the historic plane made its flight to its new home in Bridgewater, Virginia, where Stoltzfus will spend the next several years fully restoring the Connie to its former glory. Once restoration is complete, the Columbine II will serve as an education tool.

The First Air Force One is the only privately-owned presidential aircraft. According to historian Farris Rookstoll III, from an interview with North Texas station WFAA, all other former air Force One planes are in the National Museum of the United States Air Force in Dayton, Ohio, and the Ronald Regan Presidential Library in Simi Valley, California. Without Karl Stoltzfus's intervention, it's likely that this historic plane would have been lost to the annals of aviation history.

The life cycle of the Columbine II begs us to consider our duties as American citizens and the preservation of our own history.

For more information on the history of all Air Force One designated planes, head on over to the White House Museum.

For photos, video, personal accounts, and more information on the Columbine II's journey, check out the Facebook pages for First Air Force One, Dynamic Aviation, and Mid America Flight Museum.