Some people do little. But this Doolittle did a lot.

James Harold "Jimmy" Doolittle was born on December 14, 1896, in Alameda, California. However, he spent much of his childhood in Nome, Alaska, where his father was a gold prospector and carpenter. While living in Alaska, Jimmy learned how to fight and pilot a dogsled. Eventually, he and his mother returned to California where he attended high school in LA. In 1910, he saw his first airplane when his school attended the 1910 Los Angeles International Air Meet at Dominguez Field.

Eventually, Jimmy began taking college courses at the University of California at Berkeley's School of Mines. However, in 1917 he took a leave of absence to enlist in the Signal Corps Reserve as a flying cadet. Jimmy trained on the ground at the School of Military Aeronautics on UC's campus and then flight-trained at Rockwell Field. He was commissioned a first lieutenant in the Signal Officers Reserve Corps in March 1918.

While World War I was underway in Europe, Jimmy Doolittle was a flight instructor in the United States. During his station at Rockwell Field, he was a flight leader and gunnery instructor. At Kelly Field, he served with the 104th Aero Squadron and the 90th Aero Squadron of the 1st Surveillance Group. Although he had requested a transfer to the European theater, the Armistice of November 11, 1918, ended the war.

Jimmy Doolittle was among the most famous pilots of the interwar period. In 1922, he became the first pilot to fly coast-to-coast in under 24 hours when he flew to California from Florida with only one stop. He made the journey in a de Havilland DH-4 (equipped with early navigational instruments) in 21 hours and 19 minutes. The U.S. Army awarded him the Distinguished Flying Cross.

After he finished his degree at Berkeley, the Army sent him to the Massachusetts Institute of Technology. At MIT, he earned both his master's and doctoral degrees in aeronautical engineering. 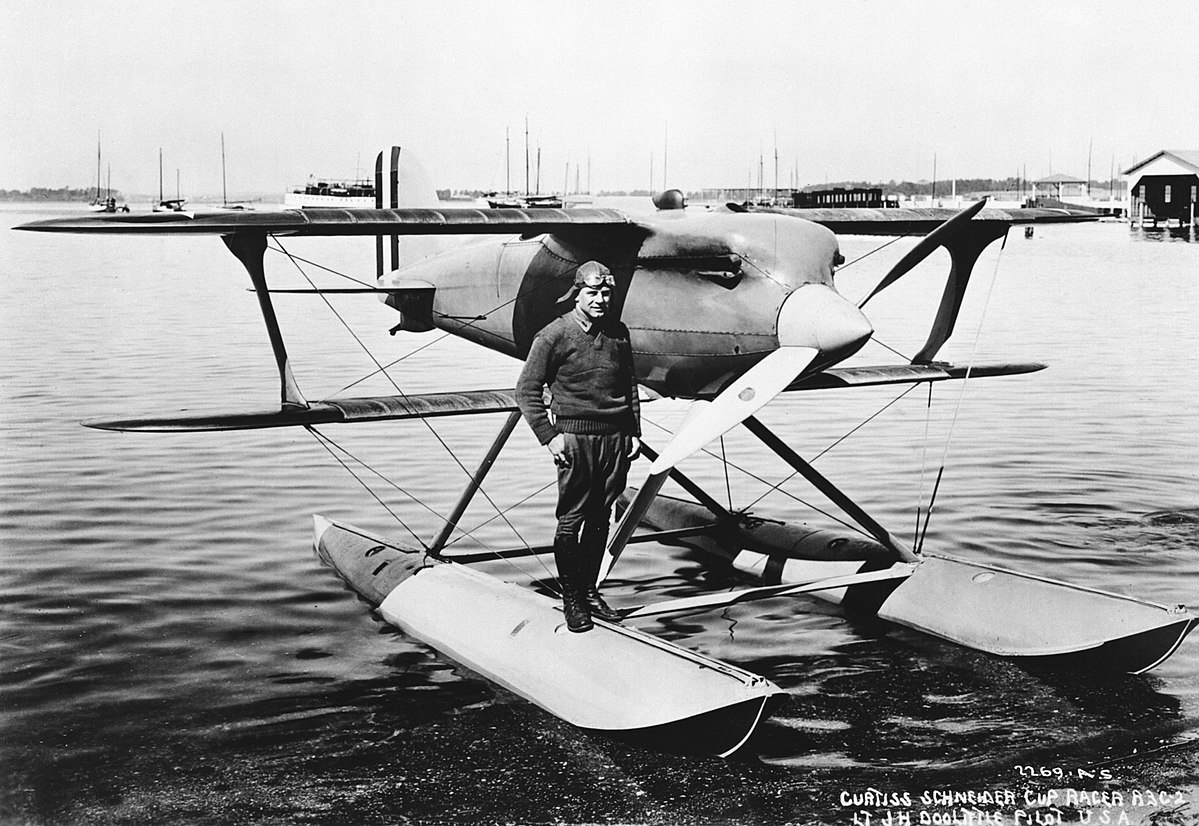 For the remainder of the 1920s, Jimmy worked as a test pilot for both military and civilian planes. While doing so, he set air race records and helped develop instruments that enabled pilots to fly in whiteout conditions. In 1926, he performed demonstration flights in South America. While in Chile, he broke both his ankles; however, he still put his P-1 Hawk through aerial maneuvers with both ankles in casts.

His most important contribution to aviation was his belief in-and work with-instrument flying. He was the first to believe in the ability of instruments to assist pilots to fly through fog, clouds, darkness, and other impediments to visibility. As aircraft continued to grow and develop in speed and maneuverability, pilots grew disoriented without visual cues outside the cockpit. Doolittle recognized these psycho-physiological limitations of the human senses. He conducted studies and his research led to programs that trained pilots to read and understand navigational instruments.

In 1930, Jimmy Doolittle resigned his regular commission with the army to work for the Shell Oil Company. While with Shell, he conducted numerous aviation tests and helped influence the production of high octane aviation fuel.

Doolittle continued to win air races and set speed records. In 1940, he also became the president of the Institute of Aeronautical Science.

Doolittle returned to active duty on July 1, 1940, with the rank of Major. In Indianapolis and Detroit, he worked with large auto manufacturers to convert their plants for aircraft production. After the Army Air Corps was organized into the United States Army Air Forces (USAAF) in June 1941, Doolittle was promoted to lieutenant colonel in January 1942. He was assigned to Army Air Forces Headquarters. General H.H. Arnold allowed Doolittle to lead a top-secret raid on the Japanese mainland. Sixteen B-25 medium bombers with double fuel capacity were loaded on the aircraft carrier USS Hornet.

On Saturday, April 18, 1942, the sixteen bombers, each with a crew of five, left USS Hornet to drop four bombs each on Tokyo. After Tokyo, fifteen of the bombers reached China, but they all crashed when they ran out of fuel. The sixteenth B-25 landed in the Soviet Union. Of the eighty men, all but three initially survived the mission. Eight airmen were captured by the Japanese Army in China and three were later executed.

While the -Doolittle Raiders- had missed their primary targets, the raid was celebrated in America and Doolittle was both awarded the Congressional Medal of Honor and promoted two ranks to brigadier general. While the raid had not been very effective in terms of numbers, its psychological impact had been great. 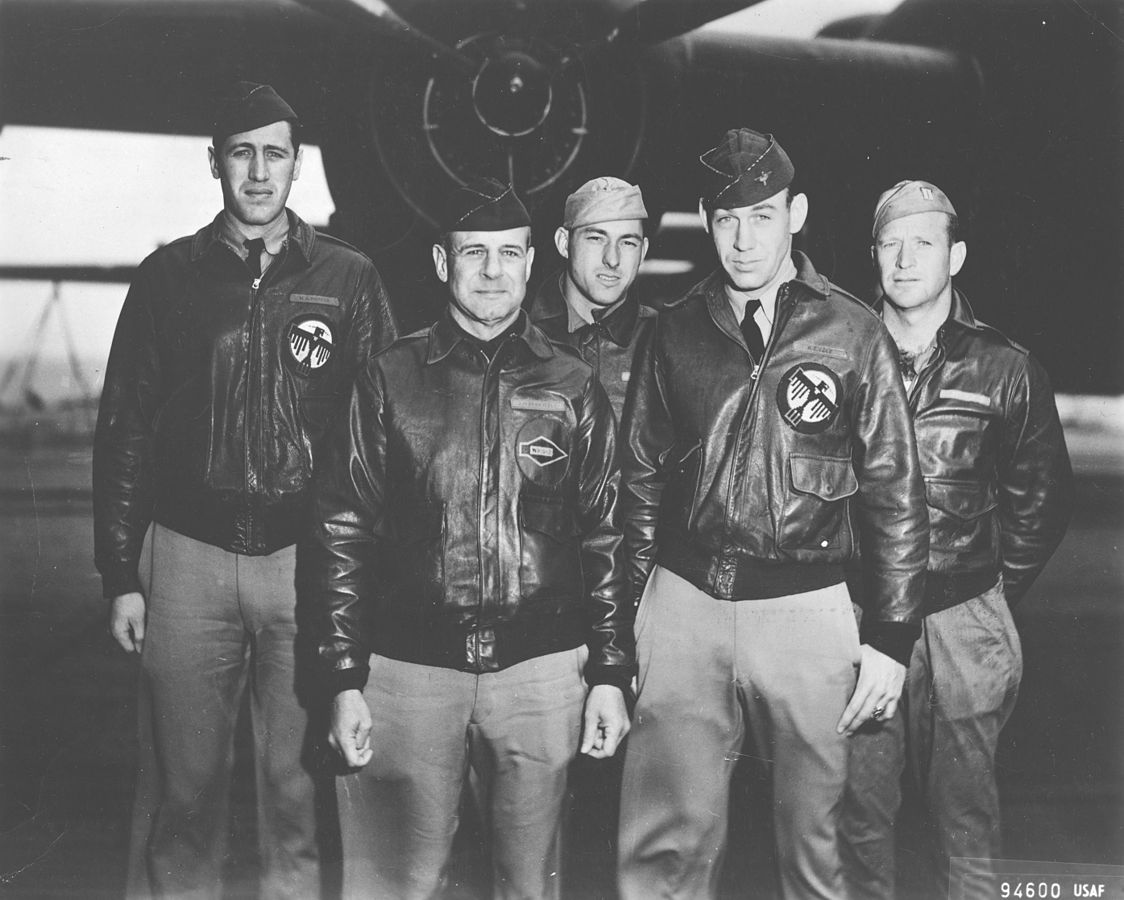 Jimmy Doolittle's work continued after the Doolittle Raid, including commandment of the Strategic Air Forces, the 12th Air Force in Britain, and the 15th Air Force in North Africa and Italy.

In January 1946, Doolittle reverted to inactive reserve status in the Army Air Forces in the grade of lieutenant general. He returned to Shell as a vice president, and later as a director. Doolittle, who had begun interested in rocket development in the 1930s, served as chairman for the NACA from 1957 to 1958 before it became NASA.

He retired from Air Force Reserve duty on February 28, 1959. Some of his many accolades besides his Medal of Honor for the Tokyo raid include the Presidential Medal of Freedom, two Distinguished Service Medals, the Silver Star, three Distinguished Flying Crosses, the Bronze Star Medal, four Air Medals, and decorations from Belgium, China, Ecuador, France, Great Britain, and Poland.