The 1950s was a time of communism, capitalism, polypropylene, and polio vaccines--not to mention the maturity and growth of television sets, solar-powered wrist watches, and the beginnings of the Concorde project.

By the early 1950s, Arnold Hall (director of the Royal Aircraft Establishment) asked Morien Morgan (a noted Welsh aeronautical engineer) to form a committee to study the supersonic transport (SST) concept. From a technological standpoint, SST looked possible, although it wasn't clear whether a passenger aircraft travelling faster than the speed of sound would be economically feasible. Generating lift is substantially less efficient at supersonic speeds when compared to subsonic methods: with approximately 1/2 the lift-to-drag ratio, a supersonic aircraft would have to supply about twice the amount of thrust for any given amount of lift, resulting in a significant increase in fuel usage. This occurs at speeds close to the speed of sound; the relative effect is reduces as the aircraft accelerates to higher speeds. Technologically, SST designs flying at least three times as fast as existing subsonic transports were possible, and it was theorized that they would be able to replace as many as three planes in service, thereby lowering costs in terms of manpower and maintenance. 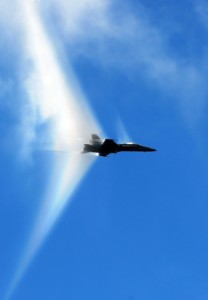 A supersonic aircraft is one that can travel faster than the speed of sound (Mach 1). These aircraft have almost all been designed exclusively for research and military use, except for the Concorde and Tupolev Tu-144, which were designed for commercial airline use.

By the mid-1950s, the first generation of supersonic fighter aircraft were already entering service. Around this same time, serious work on designs for SST were also underway.

The United Kingdom, France, The United States, and The Soviet Union all had programs to develop supersonic transport aircraft, although the US congress ultimately dropped funding for the US SST program and banned all overland commercial supersonic flight for a time (SST was seen as offensive due to its sonic boom and the potential for engine exhaust to damage the ozone layer because the aircraft flew so high). The Soviet Union's Tupolev Tu-144 ceased production in 1983.

On October 1, 1956, The Ministry of Supply asked Morgan to form the Supersonic Transport Advisory Committee (STAC) to develop a practical STT design and find industry partners to build it. By the early 1960s, the design progressed and production was given the green light; however, due to high costs, Bristol Aeroplane Company and Sud Aviation merged their efforts, despite disagreements over size and range: the UK team wanted a 150 passenger design for transatlantic routes, while the French preferred a smaller 100 passenger and shorter-range version. A single design emerged that only differed primarily in fuel load.

Both Britain and France had settled on and agreed to using a curved "ogee" shaped delta wing design. Johanna Weber and Dietrich Küchemann at the RAE had published reports on the -slender delta- wing concept. Delta wings can produce strong vortexes on their upper surfaces at high angles of attack; the vortex will lower air pressure and cause lift to be greatly increased. Wing choice was of particular importance to aircraft design because it was known that drag at supersonic speeds was strongly related to the span of the wing.


The developmental project was negotiated as an international treaty between the UK and France imposing heavy penalties for project cancellation. A draft treaty was signed November 29, 1962. In reflection of the treaty, the project was called Concorde, a French word with an English equivalent (concord), both meaning agreement, harmony, or unity. 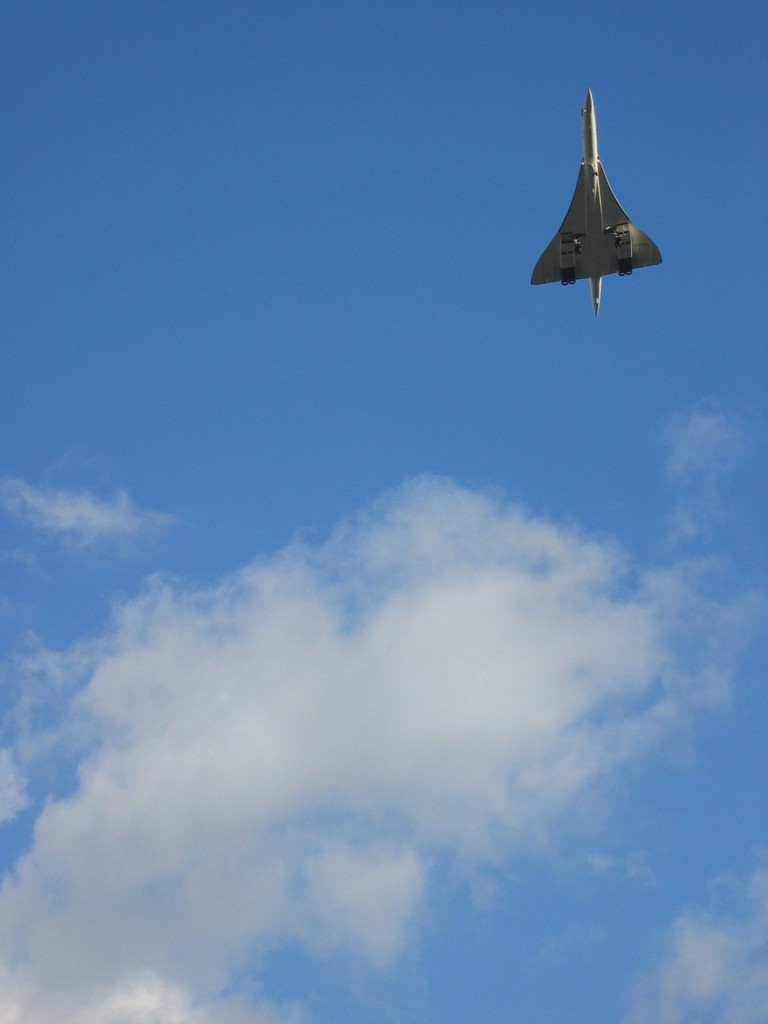 Pan Am, BOAC, and Air France were the launch customers, with 6 Concordes each.

Scheduled flights began on January 21, 1976. In 2003, both Air France and British Airways retired their fleets of Concordes.

While Concord received a great deal of public interest, they were expensive aircraft to maintain, therefore the cost for flight was significantly high. Other factors that impacted Concorde's retirement include the fatal accident of Air France Flight 4590 on July 25, 2000 (the only fatal accident accident involving Concorde) where a tire exploded because of a metal strip on the runway; and the slump in air travel following the September 11 terror attack.

The Future of SST


Currently there are no operation Concorde aircraft; however, as of January 2016, Concorde experts and enthusiasts have raised money to recommence Concorde flights by the end of this decade.

In March 2016, Boom Technology revealed they are developing a 44-passenger supersonic jet capable of flying Mach 2.2 that will be both quieter and 30% more efficient than Concorde.

For information on the history of Concorde, check out the video below: