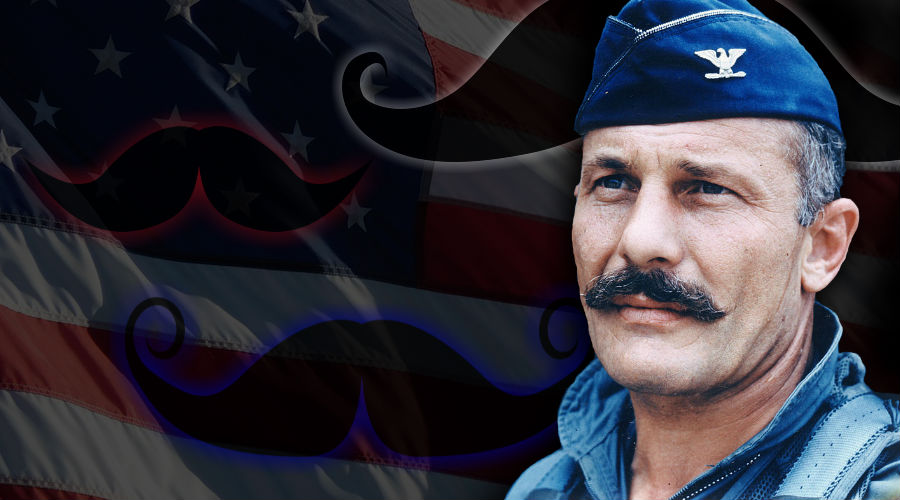 If you have an Air Force man in your life, maybe you've been wondering why he's suddenly decided to start nurturing a caterpillar above his upper lip. Maybe he was born with it--or maybe it's just Mustache March.

When the Mustaches March Along

The month of March. We all know that we better beware its Ides and we also all know that if it comes in like a lion, it goes out like a lamb. But for some members of the U.S. Military, March comes in with a freshly shaved baby face and goes out with a, well... unfortunate addition to the face (but thankfully come April it's gone again!).

"Mustache March" is pretty much exactly what it sounds like. It's a tradition where men in the United States Air Force (or anyone who can grow facial hair, for that matter) grow mustaches to honor Air Force legend Brigadier General Robin Olds. The month-long facial hair growing tradition goes back to the Vietnam era as a good-natured protest against facial hair regulations. Olds's mustache, which he grew out beyond regulation length, became his "gesture of defiance." And boy did everyone love it.

Robin Olds (And His Mustache) 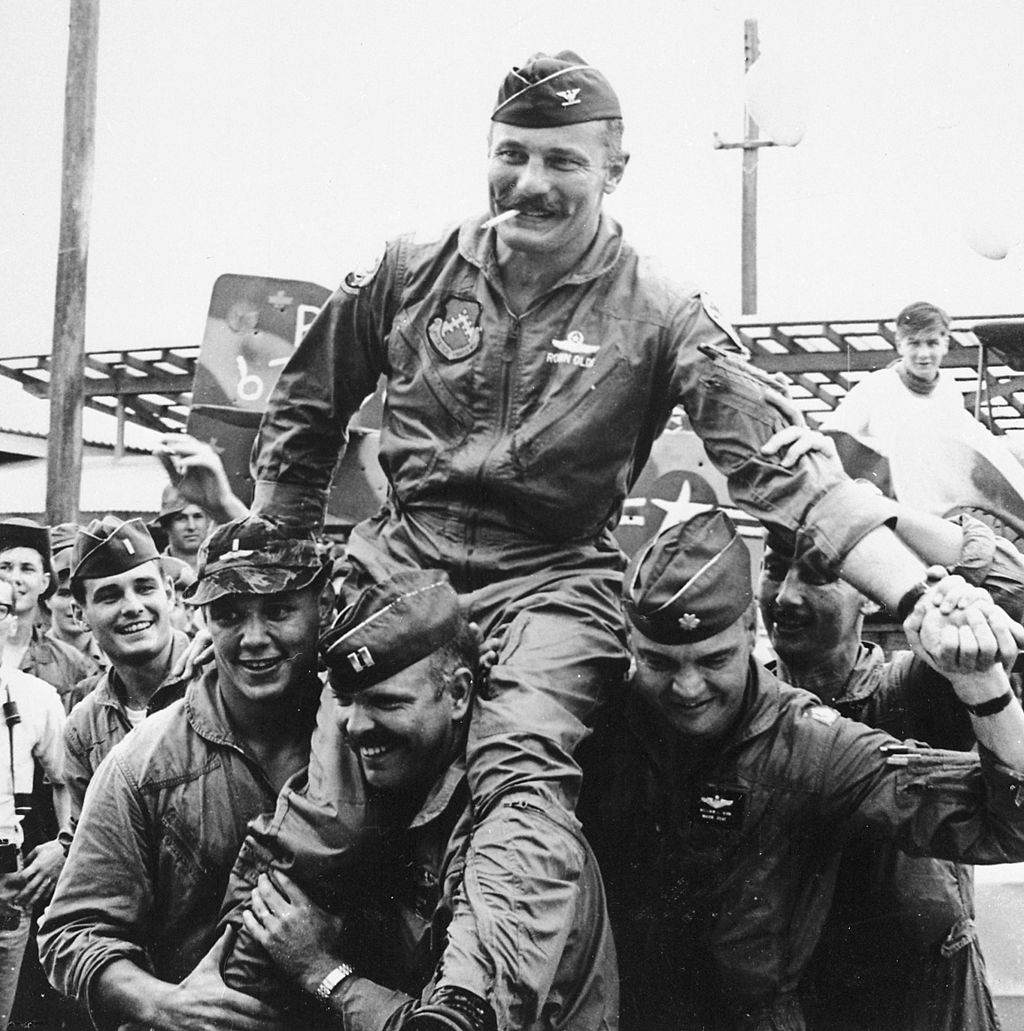 Robin Olds was known for many things: his prowess in the cockpit, his leadership, his marriage to actress Ella Raines, and perhaps most importantly, his bullet-proof mustache.

Son of Army Air Forces Major General Robert Olds, Robin Olds was an American fighter pilot and general officer in the U.S. Air Force. Olds fought in World War II and the Vietnam War, earning him a combined total of 16 victories and the designation of "triple ace."

On September 30, 1966, Olds took command of the 8th Tactical Fighter Wing, stationed at Ubon Royal Thai Air Force Base. During this time he flew 152 combat missions and shot down two MiG-17s and two MiG-21s.

Brigadier General Olds was bold, aggressive, and had to teach young pilots all about combat, surface-to-air missile evasion tactics, and electronic countermeasures formation flying. What he didn't do was become a yes-man to higher ranking officers.

He starting growing his illustrious,  bullet-proof 'stache after the success of Operation Bolo. It became a superstition that a mustache offered the pilot a shield around himself and his aircraft--making them bulletproof. Then, as Olds's continued to grow, it became a symbol of defiance--one which he embraced.

"It became the middle finger I couldn't raise in the PR photographs. The mustache became my silent last word in the verbal battles...with higher headquarters on rules, targets, and fighting the war."

When Old returned home from the war, however, his famous flamboyantly-waxed handlebar mustache disappeared. At an interview with Air Force Chief of Staff Gen. John P. McConnell, Olds was told to get rid of it, and he obliged:

"To tell the truth, I wasn't all that fond of the damned thing by then, but it had become a symbol for the men of the 8th Wing. I knew McConnell understood. During his visits to Ubon over the past year he had never referred to my breach of military standards, just seemed rather amused at the variety of 'staches sported by many of the troops. was the most direct order I had received in twenty-four years of service."

Today, male airmen are allowed to have mustaches, but they must be conservative and cannot "extend downward beyond the lip line of the upper lip or extend sideways beyond a vertical line drawn upward from both corners of the mouth." Beards, however, are not authorized (except for medical reasons). Female airmen who might want to participate by growing out their leg hair should keep in mind this regulation: "Female Airmen will remove leg hair that is visibly protruding beyond the appropriate hosiery or causes a visibly uneven texture under hosiery."