Breakfast might be the most important meal of the day, but it's got nothing on the "sweet factor" of experimental aircraft.

In other words: in a world of cold breakfast cereals, be a pancake.

Charles H. Zimmerman believed in pancakes, or at least it appears that way. As a researcher at Langley Memorial Aeronautic Laboratory, Zimmerman studied a variety of topics, including aircraft stability and design. This work drove Zimmerman to postulate and then develop (in conjunction with the U.S. Navy)  aircraft with flat circular bodies, sans wings. This out-of-the-box thinking led to the Vought V-173. 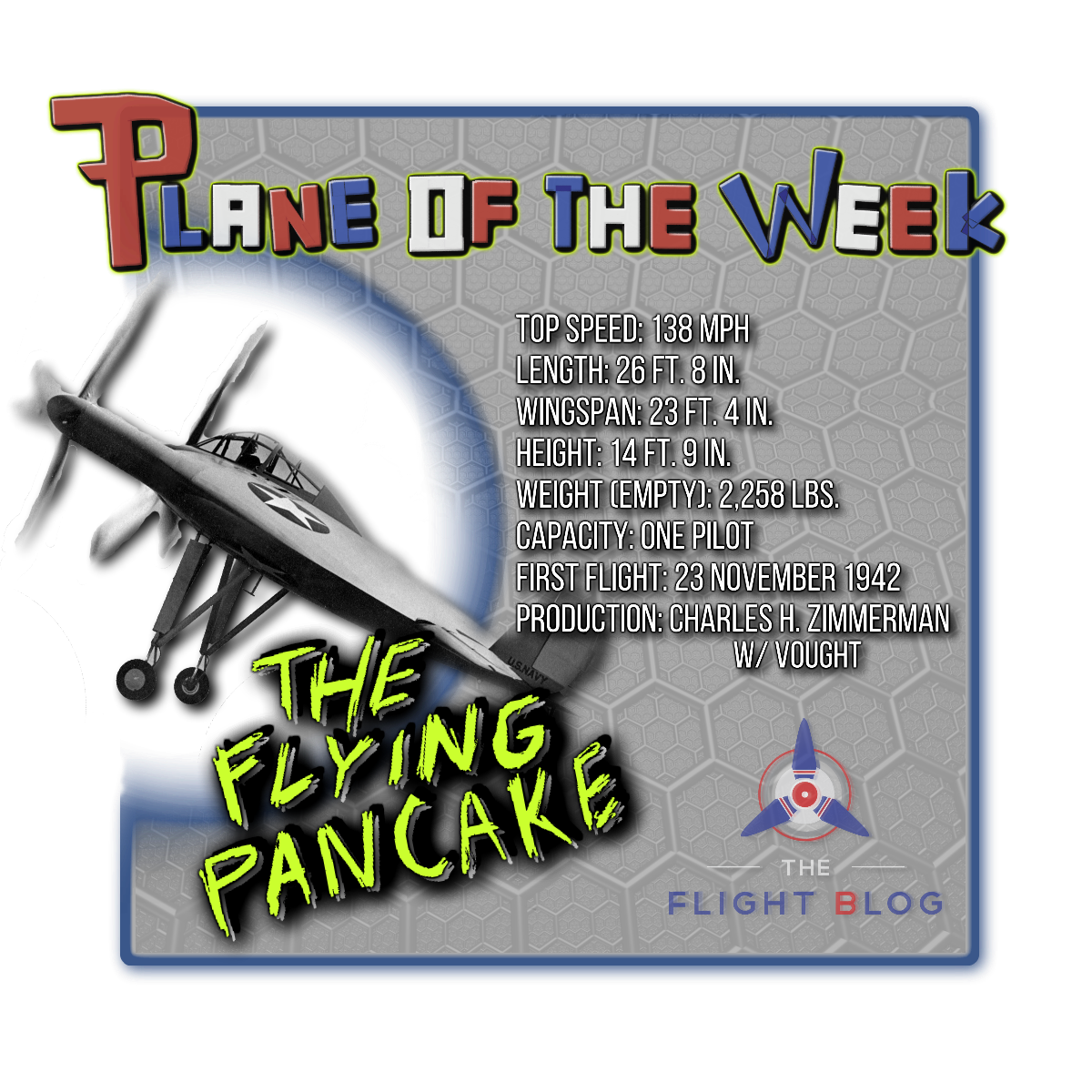 Created only to test the viability of its odd design, the V-173 was dubbed the "Flying Pancake" (and the "Zimmer Skimmer") precisely for the way it looked. And while some mocked Zimmerman's funny-looking aircraft, the Navy took serious interest.  The goal for this unorthodox, all-wing design was for the disc-shaped platform to serve as the plane's lifting surface. This wing design featured a low aspect ratio that proved naturally advantageous in preventing induced drag created at the wingtips. The propellers were arranged in such a way as to rotate in the opposite direction to the tip vortices, allowing the pancake to fly with a significantly smaller wing area. The small wings provided high maneuverability with increased structural strength, qualities both desirous in military aircraft.

This full-scale prototype was built using a wooden frame covered with fabric (Zimmerman would later develop another version, known as the Vought XF5U, out of all metal and weighing 5 times the V-173). Vought Chief Test Pilot Boone Guyton was the first to fly the V-173. During its ground testing, the most significant problem with the aircraft proved to be a complicated gearbox with produced too much vibration, which delayed the first flight for several months.

The Flying Pancake flew 190 flights between 1942 and 1943, which led to numerous reports of UFOs from Connecticut locals. The infamous Charles Lindbergh (best known for piloting the first solo transatlantic flight in 1927) piloted the pancake at this time.

There is one particularly notable incident which occurred during the V-173's testing: during a flight, the aircraft was forced to make an emergency landing on the beach; as the pilot was making the approach, however, there were some sunbathers directly in his path. The pilot was forced to lock the aircraft's brakes on landing, causing the aircraft to flip over on its back (yes, just like flipping a pancake). Thankfully, due to the sheer strength of the metal frame, neither the pilot nor the plane sustained significant damage (though we can't say for certain regarding the sunbathers).