When the Third Reich invaded Russia on June 22, 1941, they brought with them more than 3 million soldiers in a matter of hours. The Germans were expecting an easy victory against the Untermensch- the Russian people they believed were inferior. However, what the Germans faced was a ferocious army not just of strong men but women as well.

During the course of World War II, 800,000 women volunteered for service. This wasn't just work to replace the men, such as with the Women's Land Army. These hundreds of thousands of women volunteered for frontline action. Nearly 200,000 women served in air defense. Marina Raskova, who was one of the most famous people in the Soviet Union, established the world's only all-female air-combat unit in the Fall of 1941. Marina, who formed the famous Night Witches, was an inspiration to millions of young women thanks to her long-distance flights in the 1930s.

As famous as Marina Raskova was, however, she was soon upstaged by one of her very own students: Lydia Litvyak. 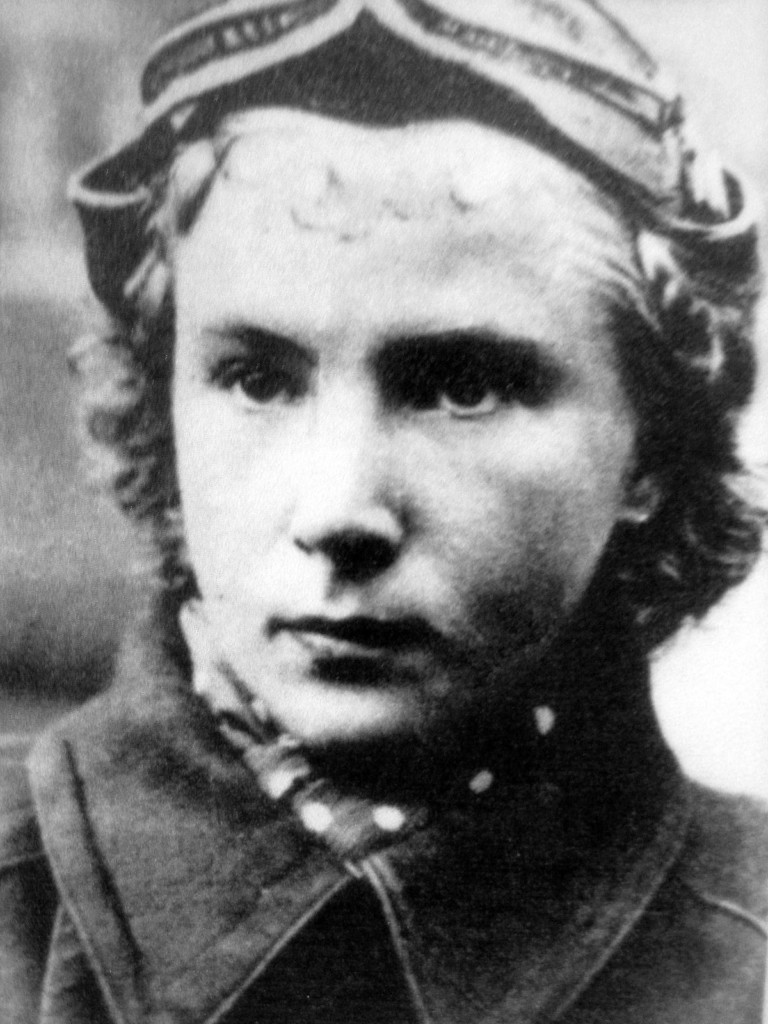 Lydia Vladimirovna Litvyak, also known as Lilya, was born in Moscow on August 18, 1921. The eldest child of Anna and Vladimir Litvyak, Lydia had an early interest in flying. However, given the USSR's outlaw own owning private property, the global popularity of private pilots and barnstormers didn't make its way to this particular part of the world.

At the age of 14, Lydia enrolled in a local flying club. Throughout the 1930s, the government encouraged women in the Soviet Union to enter male-dominated fields as part of agriculture and industrial reform. She performed her first solo flight at 15 and she later graduated at Kherson military flying school. Eventually, she became a flight instructor at Kalinin Airclub. By the time the German-Soviet war broke out, Lydia had trained 45 pilots.

After the Germans attacked the Soviet Union in June 1941, Lydia Litvyak joined a military aviation unit, but only after lying on her application form and grossly overstating her pre-war flight time.

Throughout her time in training, Litvyak constantly expressed her individuality and rebellion. For example, she initially refused to have her light brown hair cut short like the rest of the recruits. When she finally let them cut her hair, she managed to get some peroxide and bleached her hair white-blonde. Additionally, she added a glamorous fur collar to her standard-issue uniform, a move that warranted a brief arrest.

Political Officer Nina Ivakina, who lived with the recruits at the camp, called her a "swanky, flirtatious aviatrix." Raskova felt that she was a brilliant pilot with instincts and gifts no training could provide.

Lydia Litvyak had her first chance at combat in the Summer of 1942 flying defense missions over the port city of Saratov. Succeeding, she and the other participating women were transferred to a male regiment within the vicinity of Stalingrad.

On September 13, she participated in her first dogfight against Germany's Jagdgeschwader 53 unit, one of the most lethal fighter pilots on earth. Here, she brought down her first plane and came out of the fight herself unscathed. Over the next few weeks, she continued to fly successful missions and earned herself the distinction of being the first woman in history to kill enemy combatants in the air.

The White Rose of Stalingrad

Her exploits spread to Germany where she became a nearly mythic legend. Through these stories, she became a vampish figure, a young warrior femme fatale with a white rose painted on the side of her deadly plane (it was actually a lily in honor of her name). She did, however, keep a picture of a rose and bunches of wildflowers in her cockpit.

In January 1943, Lydia transferred to the 296 Fighter Regiment where she met and fell in love with her squadron leader, Alexey Salomatin. Some sources suggest that two months after meeting, they asked for permission to marry. 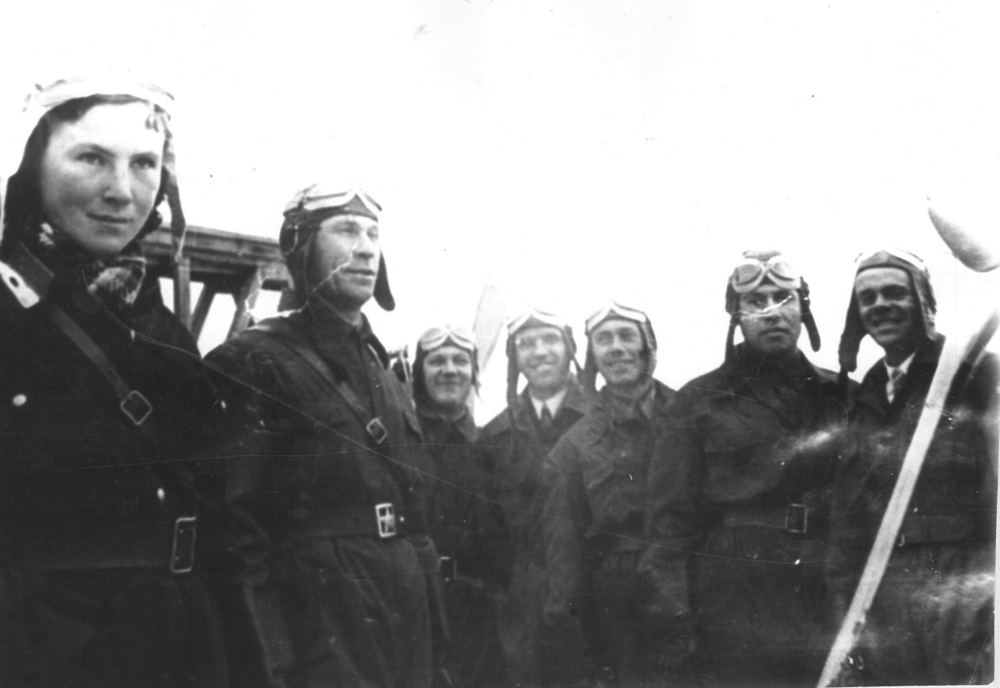 On March 22, Lydia was wounded for the first time when she took on six Messerschmitts in an intense battle. She shot down two, dodged three, but the sixth managed to hit her. She crash-landed and seriously injured her leg. After hospital treatment and some time recovering in her mother's Moscow apartment, she returned to the front. She was a hero to her city and her country at large, a celebrity to the public. Her fellow comrades in the Soviet Air Forces respected her highly.

Upon her return, she was promoted to senior lieutenant and shortly later, at twenty-one, was made squadron leader. But Salomatin died in an aviation accident, putting a damper on such an exciting career feat.

In the time after this event, Lydia pushed harder and harder, taking on more responsibilities and flying more combat missions. According to Litvyak's mechanic Inna Pasportnikova, "Lilya didn't want to stay on the ground- She only wanted to fly and fight, and she flew combat desperately."

On August 1, 1943, the White Rose of Stalingrad did not return from her mission during the Battle of Kursk. Soviet pilot Ivan Borisenko had seen her for the last time during the dogfight through a gap in the clouds. Her Yak-1 was pouring smoke and she was pursued by as many as eight Bf 109s. He saw no parachute and no explosion; she never returned and was never seen again.

Because Soviet authorities suspected that she might have been captured, they did not award her the title of Hero of the Soviet Union.

But some never stopped looking for her, not for thirty-six years. In 1979, searchers uncovered more than 90 crash sites, 30 aircraft, and many lost pilots killed in action. They also discovered that an unidentified woman pilot had been buried in the village of Dmitrievka. It was later concluded that this was Lydia Litvyak and she had been killed in action resulting from a mortal head wound.