Charles Lindbergh's Orteig Prize-winning, nonstop solo flight across the Atlantic inspired a number of aviators and aviation-enthusiasts to fly their way into history (such as Tailwind's journey aboard the American Nurse). Lindbergh's fame particularly inspired Hawaii pineapple magnate James D. Dole to put up a monetary prize for the first fixed-wing aircraft to fly the 2,400 miles from Oakland, California to Honolulu, Hawaii.

The word Tuesday is derived from the Old English Tīwesdæg, "day of Tīw" (or "Týr"), a Germanic god of war, victory, heroic combat, and the sky.

It was a foggy morning at the Oakland Airport where 8 small planes were parked on the runway. Fifteen men and one woman were busy with their aircraft, each yearning for infamy as the future Lindbergh of the Pacific. This was only 86 days after the famous flight from Long Island, New York to Paris, France-the thrill was new and the excitement very real.

A First for Transpacific Flight

Aviation was still a baby in 1927-only 24 years after Orville and Wilbur Wright's first powered flight of a powered, heavier-than-air aircraft-and everyone wanted a piece of the glory. Everyone wanted to make their way into history. 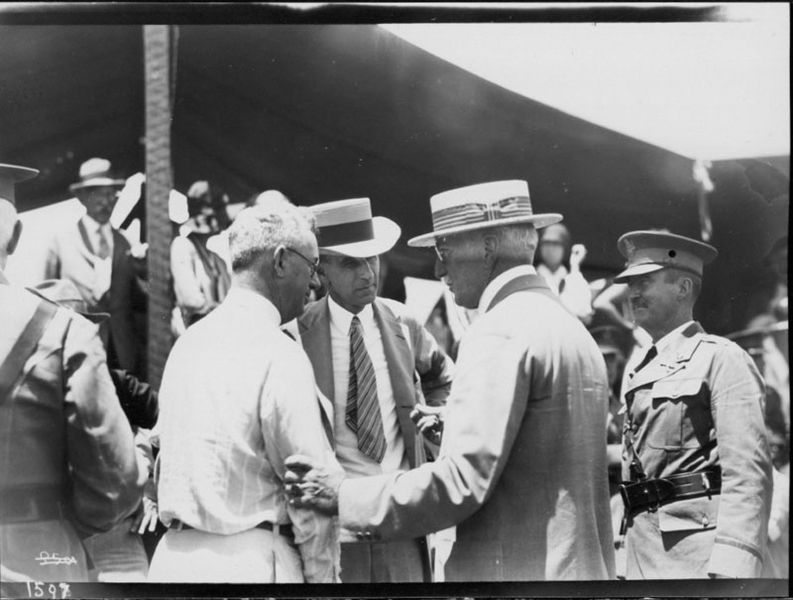 When Dole put up $35,000 in prizes to make it to Hawaii, the Pacific Ocean had yet to be crossed by aircraft-making the $25,000 first place and $10,00 second place prizes a tantalizing reward for a daring adventure. If such a trip from New York to France was possible, surely a trip to Hawaii from California could be managed...there were risks, yes, but many saw the benefits and longed to reap them.

Dole's proposal received positive feedback and enthusiastic reception from many in the budding aviation community. As more and more pilots announced that yes, they would attempt the flight for riches and glory, Dole's proposition took on the position as a race, so revised rules were established.

All participants agreed on a starting date, and anyone who jumped the gun disqualified their rights to the prize money.

Only a month after Dole posted the prizes and initiated the race, two young Amry Lieutenants-Lester J. Maitland (29) and Albert F. Hegenberger (32)-flew a 3-engine Fokker military monoplane from Oakland Airport to Wheeler Field, Oahu. The journey, which marked the -first flight- across the Pacific, was completed in 25 hours and 50 minutes.

Since Maitland and Hegenberger were Army, no civilian had yet crossed the Pacific-so there was still glory to be had (and, you know, prize money) -that is until young airmail pilot Ernie Smith and his navigator, Emory Bronte, flew a monoplane from Oakland to Hawaii July 14-15. The plane actually crashed into a tree on Molokai after a 26 hour and 36 minute-long flight. And though it wasn't Honolulu, and though they crash landed, they technically made it to Hawaii-as civilians.

Yet despite these minor decreases in potential glory, the show must go on!

Entry for the competition closed on August 8, and official drawing for starting positions was held in Captain C.W. Saunders's office (who was the California director of the National Aeronautics Association in San Francisco). Fifteen planes were entered in the competition at this time.

Two days after their number was drawn (position no. 13), Navy Lieutenants George D. Covell and R.S. Waggener died when their Tremaine Humming Bird, Spirit of John Rodgers, slammed into an ocean cliff 15 minutes after takeoff. They were dead in the airplane when it fell 75 feet onto the beach and caught fire.

The next day, Captain Arthur V. Rogers took his twin-engine monoplane, Angel of Los Angeles, for a test flight at the Western Air Express Field at Montebello when he unsuccessfully parachuted out of the plane before it suddenly nosedived into the ground. 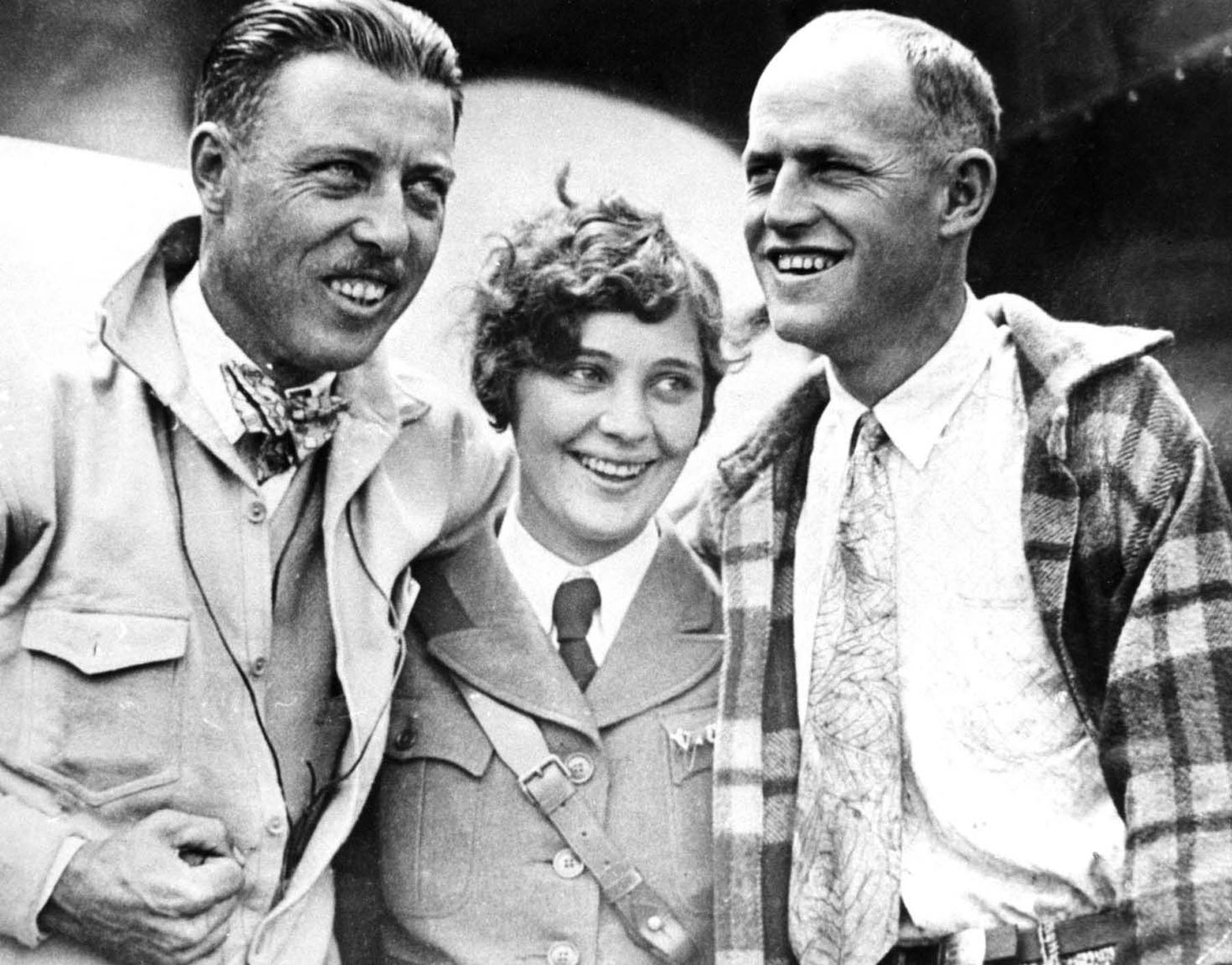 The death toll (before the race even began) didn't deter the "Dolebirds" from continuing their flight for glory-in fact, the tragedies only increased the pilots' sense of adventure, as well as the public's now-fully-captured interest in the event. And as the universe would have it, a horde of incidents would always be right around the corner. Tragedy was always ready to strike.

Mildred Doran, her pilot Auggy Pedlar, and Manley Lawling developed engine trouble flying into Oakland. The trio successfully landed in a wheat field but had trouble making repairs, as they didn't have any tools. Apparently they threw them out because they -were in the way and cluttering things up.- Lawling was later replaced by Vilas R. Knope when his navigation skills proved to be unsatisfactory.

On August 11, J.L Giffin and Theodore S. Lundgren were approaching Oakland in their International CF-10 Triplane, Pride of Los Angeles, when they crashed into the San Francisco Bay. The two men were unhurt in the crash.

In test flights before the race, Charles Parkhurt Lomax and Ralph C. Lower Jr. were disqualified when inspectors estimated that their plane, the Air King (City of Peoria), didn't have a large enough fuel tank to satisfy range requirements.

The Race is On

When it came to actual race time, out of the initial 15 aircraft entered, only 11 were certified to compete, and of those 11, only 8 were able to participate in the race.

Race day didn't turn out to be much better than the days preceding the race: the crew of the Oklahoma had to abort their flight over San Francisco due to an overheating engine; El Encanto failed to clear the runway before she swerved and crashed; Pabco Flyer lifted in the air only momentarily before crashing 7,000 feet from the runway. Miss Doran took off but circled back because of a sputtering engine. Dallas Spirit returned to Oakland with fabric ripping off the fuselage. The Pabco Flyer tried a second attempt but crashed again, while Miss Doran succeeded on her second attempt at takeoff. The Golden Eagle, Aloha and Woolaroc took off uneventfully.

Arthur C. Goebel and William V. Davis Jr. won the race in their modified Travel Air 5000 aircraft, Woolaroc, and made it safely to Hawaii in 26 hours and 17 minutes, earning themselves the $25,000 prize.

Martin Jensen and Paul Schluter came in second place in their Breese-Wilde 5 Monoplane, Aloha, by making it to Hawaii in 28 hours and 16 minutes. They won the $10,000 prize, although pilot Jensen reportedly only gave his navigator Schulter $25.

Neither the Golden Eagle nor Miss Doran was ever seen again. Three submarines aided in the search, as did Willian Portwood Erwin and Alvin Eichwaldt once Dallas Spirit, a Swallow Monoplane, was repaired. Last radio contact with Dallas Spirit reported them in a spin, and neither were heard from again.

The good that came out of the Dole Derby--taking into account all of the tragedy--was the realization that transoceanic flight was a very serious job which required practical preparation, real skills, adequate training, proper equipment-and respect for the ocean.