A quick refresher on de-icing

Just a few weeks ago I was on my first ever plane to get de-iced. My boyfriend, who de-ices planes himself, was sitting across the row from me watching them. It was probably the neatest thing I'd ever seen. The man next to me promptly-and rightfully so-pulled out his phone and sent a snap to his friends and family. Every passenger was turned to their window to see what was going on.

After the flight, I said "That was so cool! First time I ever saw a plane de-iced." He replied with, "That was nothing. They went around really quick and just once. You should see some of the stuff we have to do."

De-icing is an extremely important job that helps make flights, well, safer. Fluid is sprayed onto the plane to help remove and prevent the buildup of ice during a flight. This helps with aerodynamics to keep the plane flying safely and efficiently.

While there are numerous manufacturers of the fluid, there are two types used: Type I and Type IV, both containing propylene glycol. First, let’s take a look at what that is exactly.

What is propylene glycol?

Propylene glycol is a synthetic liquid that is typically used to absorb water, make polyester compounds, for de-icing, and is even found in certain foods. But don’t worry—the FDA has deemed propylene glycol as “generally recognized as safe” for use in food.

This is used in place of ethylene glycol because it is much less hazardous to health and the environment. Still, as with anything, in large quantities, this can cause health complications or—at the very least—irritate skin upon contact. If it enters the body, it breaks down very quickly and doesn’t produce the harmful crystals that ethylene glycol produces.

This product is also used in cosmetics, food, anti-freeze, for artificial smoke and mist, and more. There are regulations to be followed when using it to protect the public from any potential adverse effects.

The differences between Type I and Type IV de-icing fluid

Designed to meet SAE Type I and AMS 1424 specifications for de-icing aircraft, Type 1 de-icing fluid is made from propylene glycol. This fluid is not to be used when temperatures are under 22°F.

This fluid has a low viscosity and flows off of aircraft easily. They are sprayed at about 130-180°F at high pressure to remove any weather buildup that has occurred on the plane. This fluid is dyed orange. 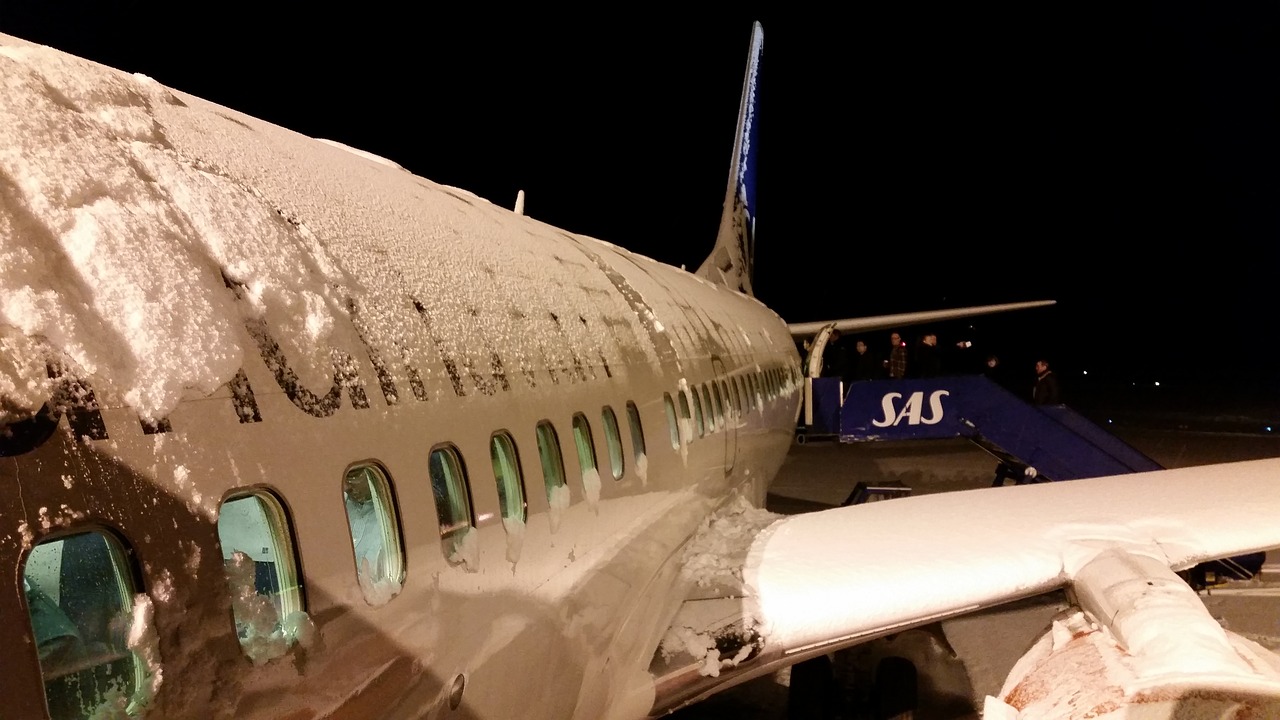 Type IV meet SAE Type IV and AMS 1428 specifications for de-icing aircraft with the intention of ice retardation. This fluid is also made from propylene glycol. This fluid is not to be used when temperatures are under -20°F.

These are thicker than Type I so that they stay on the plane to actively prevent buildup during flight. This one is dyed green for easy identification.

No matter which fluid is used, it's important that it's applied to each side of the plane equally. This ensures proper performance and that the plane's flight isn't negatively affected.

Next time you're on a plane that's de-iced before taking flight, pay attention to the color of the fluid and see if you can identify which type is being used!