I remember when I was taught to fold up the tips of wings on my paper airplanes. I was told that it would help them fly better, but I mostly listened and folded them up because I thought it looked cool.

Today, many airplanes feature winglets. Why? Because they help them fly better.


Aerodynamic is the study of the motion of air, or how air moves around objects. It sounds a little strange if you think about it- you can't see air, so how do they study it?

That's what smoke and powder are for. (I need to stop overthinking these things...)

The study of aerodynamics dates back to the 18 th century. Sir Isaac Newton is the first person to have developed an air resistance theory in 1726. Twelve years later Daniel Bernoulli, a Dutch-Swiss mathematician, identified the relationship between pressure, density, and flow velocity. Today, this is known as Bernoulli's Principal. This principal provides one way to calculate aerodynamic lift.

Sir George Cayley first identified the four aerodynamic forces of flight (weight, lift, drag, and thrust) and their relationship to one another in 1799. This was the discovery that moved mankind one step closer to heavier-than-air flight.

The first wind tunnel was developed over 70 years later by Francis Herbert Wenham which allowed for measuring aerodynamic forces and drag theories.

In 1889, French aeronautical engineer Charles Renard became the first person to forecast the power that would enable sustained flight.

Then, Otto Lilienthal excelled in glider flight and the Wright brothers flew their first flight in 1903. The rest is history.


Initial designs were patented in 1897 by an English engineer, Frederick W. Lanchester. His designs were wing end-plates that would control wingtip vortices. The first functional winglets were patented in 1910 in the United States by engineer William E. Somerville, which were installed on his early biplane and monoplane designs.

In late 1930, Vincent Burnelli patented his "Airfoil Control Means," which were vertical endplates or fins on the end of plane wings to prevent pressure losses. 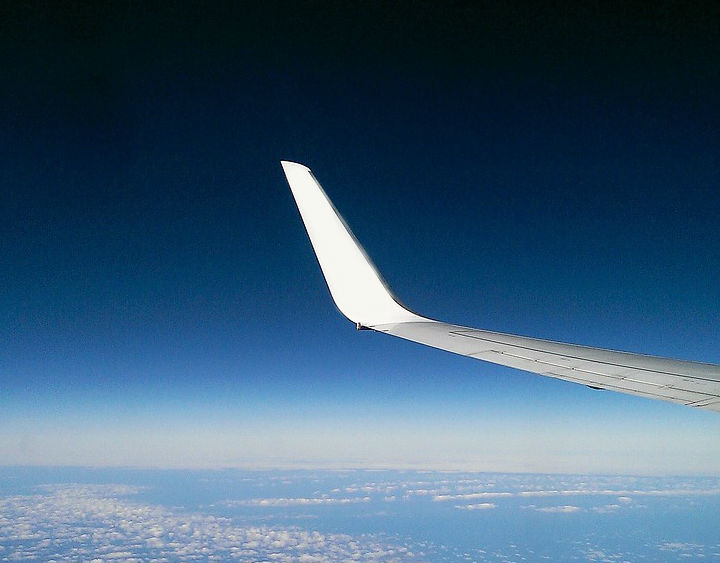 Downward angled wingtips, called "Hoerner-style," were evaluated on the M3 and M4 third and fourth prototypes of the Heinkel He 162A Spatz jet light fighter.

But it wasn't until NASA research in the 1970s that the term " winglet" referred to a vertical bend or extension of an airplane's wing. This vertical part of the wing converts otherwise wasted vortex energy into thrust. This small change to a plane's wing saved the industry when aviation was suffering the hit of high fuel process during the 1973 fuel crisis.

This converted energy also helps other aircraft near the moving plane. Intense wingtip vortices, which are similar to tornados, are strong enough to flip airplanes that get too close. Adding winglets helps to lower the required amount of spacing between planes at the airport and making flying more efficient.

They also reduce drag, improving takeoff time, and-when it comes down to it-they help planes cut through the air easier. They were introduced, commercially, in the '80s.

So, while they make for great photos, those winglets you see from your wing-side seat are helping a great deal to make flying you around the world easier.