If you're a fan of National Geographic or the Discovery Channel, you may have heard of storm chasers. These people dedicate themselves to following a storm-usually a tornado-and getting video footage of clouds forming and hail falling.

For some, the purpose behind storm chasing is more than just getting a thrill. They're hired to gather research on lightning and to place measurement devices. But storms aren't the only natural act people are interested in chasing-a solar eclipse is, too.

It's also the first solar eclipse in the U.S. since 1979. The eclipse will be visible in skies across the country and two of NASA's WB-57F jet will chase it. Amir Caspi of the Southwest Research Institute in Boulder, Colorado is facilitating the mission.

The total solar eclipse will last less than two and a half minutes to viewers on earth. However, the team of NASA scientists will experience it for over seven minutes.

By following the shadow of the moon, scientists will be able to capture clear images of the Sun's outer atmosphere, as well as obtain thermal images of Mercury. The pictures will help scientists understand how temperature varies across the planet's surface.

Scientists will see the outermost layer of the sun's atmosphere, known as the corona. They also hope to directly see nanoflares that have never been viewed before, and they're counting on the WB-57F jets to take high-resolution images at a high speed. Images will be studied to determine wave strengths and sizes of these nanoflares.


NASA Johnson Space Center (JSC) operates two WB-57 aircraft. The converted bomber plane specializes in reaching altitudes up to 60,000 feet. It can fly for approximately 6.5 hours and has a range of about 2500 miles. This aircraft is ideal for chasing an eclipse as it travels at 470 mph.

The eclipse will travel across the entire United States in 1 hour and 33 minutes. 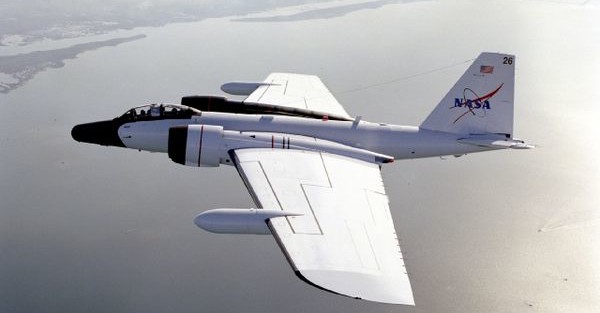 Speed will fluctuate based on where the shadow is cast with speed at 2, 955 mph over Oregon and 1,502 mph over Charleston, South Carolina. Several other states will have visibility as well.

A partial eclipse will show in Canada, Central America, Mexico, the Caribbean islands, and northwestern Europe.

Researchers will track the eclipse with Day Night Airborne Motion Imagery for Terrestrial Environments (DyNAMITE) by attaching the cameras to the nose of each plane.

The United States designed the system approximately a decade ago. The program's original intent was to chase down the U.S. Space Shuttle upon re-entry, following the 2003 Columbia disaster. 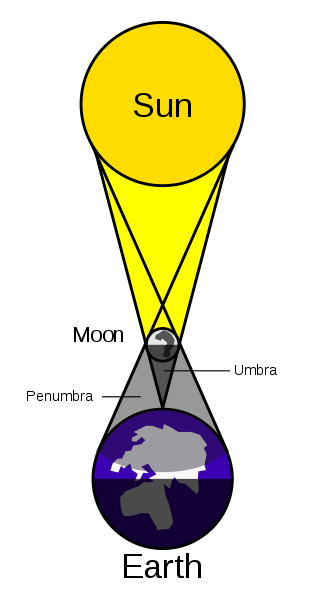 The WB-57F has more responsibility than to just capture nanoflare images in order to learn more about the sun's cornea.

Observations of Mercury in the infrared 30 minutes before and after totality are key; during the eclipse, it'll be located 11 degrees east of the sun.

It will also try to locate Vulcanoid asteroids near the sun at the time of the eclipse.

The WB-57F's ability to fly at such a high altitude is key to gathering data. The plane will cruise at 50,000 feet into a layer of the atmosphere where the sky is 20-30 times clearer than what we see from the ground.

Facilitators of the WB-57F jet mission will not be the only ones taking advantage of the eclipse.

NASA funded a total of 11 studies on behalf of the total solar eclipse to further our understanding and knowledge of the relationship between the sun and Earth. Topics include "Exploring the Physics of the Coronal Plasma through Imaging Spectroscopy" by Shadia Habbal from the University of Hawaii and -Solar eclipse-induced changes in the ionosphere over the continental US- by Phillip Erickson from the Massachusetts Institute of Technology, among several others.

The best places to watch the solar eclipse from include Charleston, SC; Jackson, WY; Nashville, TN; Newport, OR; and Hopkinsville, KY.

A total eclipse of the sun is one of nature's most spectacular shows, so don't miss it!