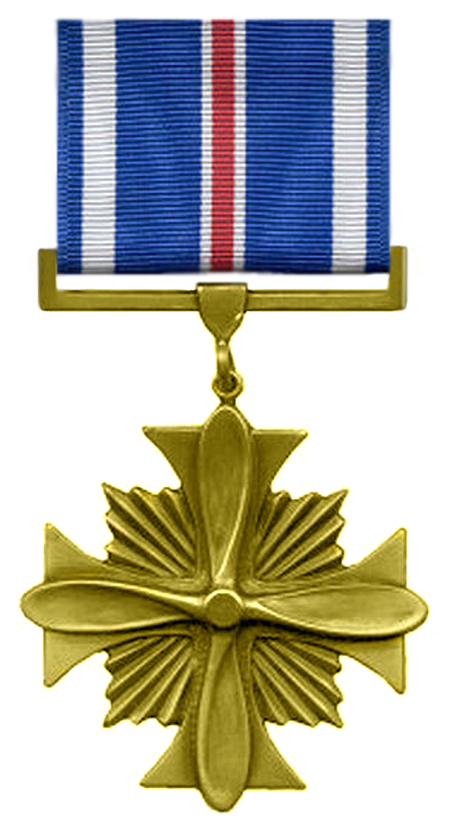 When remembering all who served on Memorial Day, the Distinguished Flying Cross Society is an organization that helps honor and salute our fallen heroes.

The society awards aviators and aircrew for heroism, as well as remarkable courage in flight. It's the only honorary metal granted to all five military services in all wars from WWI until now.

Arthur Dubois and Elizabeth Will designed the medal. It's a bronze cross Pate with a four-bladed propeller on it. In between each angle of the cross lies five sunrays, forming a square. A ribbon featuring red, white, and blue colors is attached at the top.

The Distinguished Flying Cross (DFC) stands as the United States' oldest military aviation award. It was commenced on July 2, 1926, with Charles A. Lindbergh receiving the first one on June 11, 1927. President Coolidge presented Lindbergh with the award for flying solo across the Atlantic Ocean. He was the first member of the Army Reserve to earn it.

Commander Richard E. Byrd, the first Navy Air Corps recipient to win it, accepted the award in 1927 for his flight across the Atlantic as well. Amelia Earhart was awarded the cross for her bravery in aviation and was the first woman and civilian to receive it.

Thousands of men and women have received the DFC award throughout time for achieving an extraordinary task in extreme conditions. One recipient of the award, Frank Maxwell Andrews, passed away in a plane crash while performing an inspection tour in Iceland.

Andrews' work proved to be incredibly important for the United States as a whole. As one of the senior officers who founded the United States Army Forces, he advocated to advance the department into a separate and independent Air Force.

He commanded all forces in Europe early on in World War II and served General Dwight D. Eisenhower. Andrews served with the Cavalry for 11 years and steadily served different areas of the military and air force for most of his life.

I don't want to be one of those generals who die in bed. - Frank Andrews

After completing numerous missions, Andrews' last assignment began in the fall of 1942 where he was in command of the U.S. European Theater of Operations. During an inspection tour near Mt. Fagradalsfjall, Iceland on May 3, 1943, Andrews died in a crash caused by aborted attempt to land at the Royal Air Force Station Kaldadarnes.