The National Air and Space Museum in Washington D.C. considers it one of the most significant aviation-related artifacts in their entire collection; it is the Vin Fiz, the peculiarly-named flyer designed by the iconic Wright Brothers.

In 1903, the Wright Brothers designed and successfully flew the first Wright Flyer-the world's first heavier-than-air, powered airplane. This plane is also on display in the museum; and while its accomplishments were massive for aviation technology, it only accomplished four flights at a total distance of 1,500 feet. At the time, it was impressive, but only eight short years later, the Wright Brothers achieved the impossible with the Vin Fiz.

Media mogul William Randolph Hearst announced a $50,000 prize to the first aviator to fly across the United States-from Atlantic to Pacific (or vice versa). The kicker? Do it in under thirty days. As the premiere aircraft "manufacturers" in their day, the Wright Brothers were approached by one Calbraith Perry Rodgers-a so-called "risk-taking sort of sportsman." He had previously won an air endurance prize for $11,000 and was eager for the cash and the fame. Having received some brief pointers from Orville Wright in June of 1911, the daredevil approached the Wright Brothers and became the very first person to purchase and own a Wright airplane: namely, the Model B. 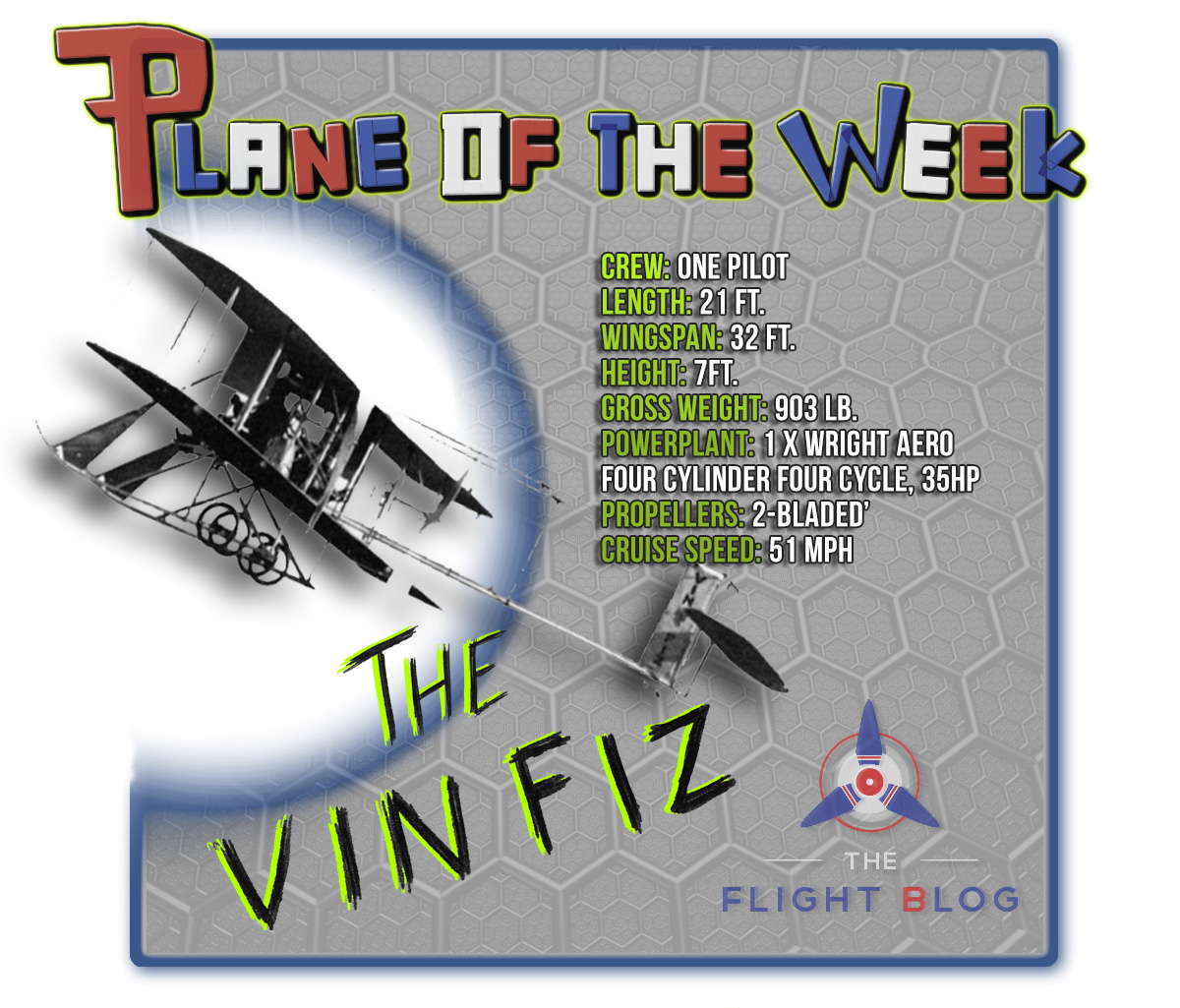 After several modifications, Rodgers recognized that there would be a need for a support crew for the long flight. As such, he reached out to entrepreneur J. Ogden Armour to sponsor the flight. Armour agreed, and the plane was subsequently named after his company's brand new, grape-flavored soft drink: Vin Fiz. Rodgers "a bit of a big deal at the time" managed to get the Wright Brothers' primary bicycle and aircraft mechanic, Charlie Taylor onboard his support team. Taylor had designed the engines for the Wright planes and knew every detail of their construction. The flight was certain to get a lot of press.

Rodgers took off at 4:30 p.m. on September 17, 1911 from the Sheepshead Bay Racetrack in Brooklyn, New York. The plan was simple: since the aircraft could only fly fairly short distances at a time, Rodgers planned a significant number of landings along the way to reach the West coast in under thirty days. By the end of the trip, there were far more stops than initially intended.

By the time Rodgers landed in Pasadena, California on November 5th, the Vin Fiz had taken 75 stops along the way, which included 16 crashes in which the resilient Rodgers was injured several times.

Unaffected by the holdups, Rodgers and his crew had to rebuild the aircraft several times before reaching California - it is said that the plane that landed in Pasadena was a much different plane than the one that had taken off from Sheepshead Bay Racetrack. Rodgers and the Vin Fiz Flyer missed the prize deadline by 19 days, but the flight was still highly publicized: 20,000 people showed up to provide support for the Vin Fiz. Shortly after, Rodgers took the Vin Fiz further and crashed in Compton, California, resulting in a concussion and a spinal twist. After being briefly hospitalized, Rodgers got back in the Vin Fiz and taxied the aircraft into the Pacific Ocean, which took his journey to over 4,000 total miles, and a flying time of 84 hours. It was a major achievement and one that would never be forgotten.

Tragically, Rodgers was killed in an air crash shortly after the flight across the US, but his legacy lives on through the Vin Fiz Flyer, which still hangs on display for thousands of tourists to feast their eyes upon year after year.