Designed by Lockheed Aircraft, this Vega monoplane holds a special place in the hearts of many. The record-setting plane was capable of long-ranges and was used in the discovery of jet streams.

John Knudsen Northrop, of Northrop Corporation, and Gerard Vultee, of Vultee Aircraft Corporation, designed the Vega in the earlier days of their aviation careers.

These two were tasked with designing a plane that was originally meant to be used by Lockheed on their airline routes, but it grew to be much more than that. The Vega was one of the fastest planes of its time. 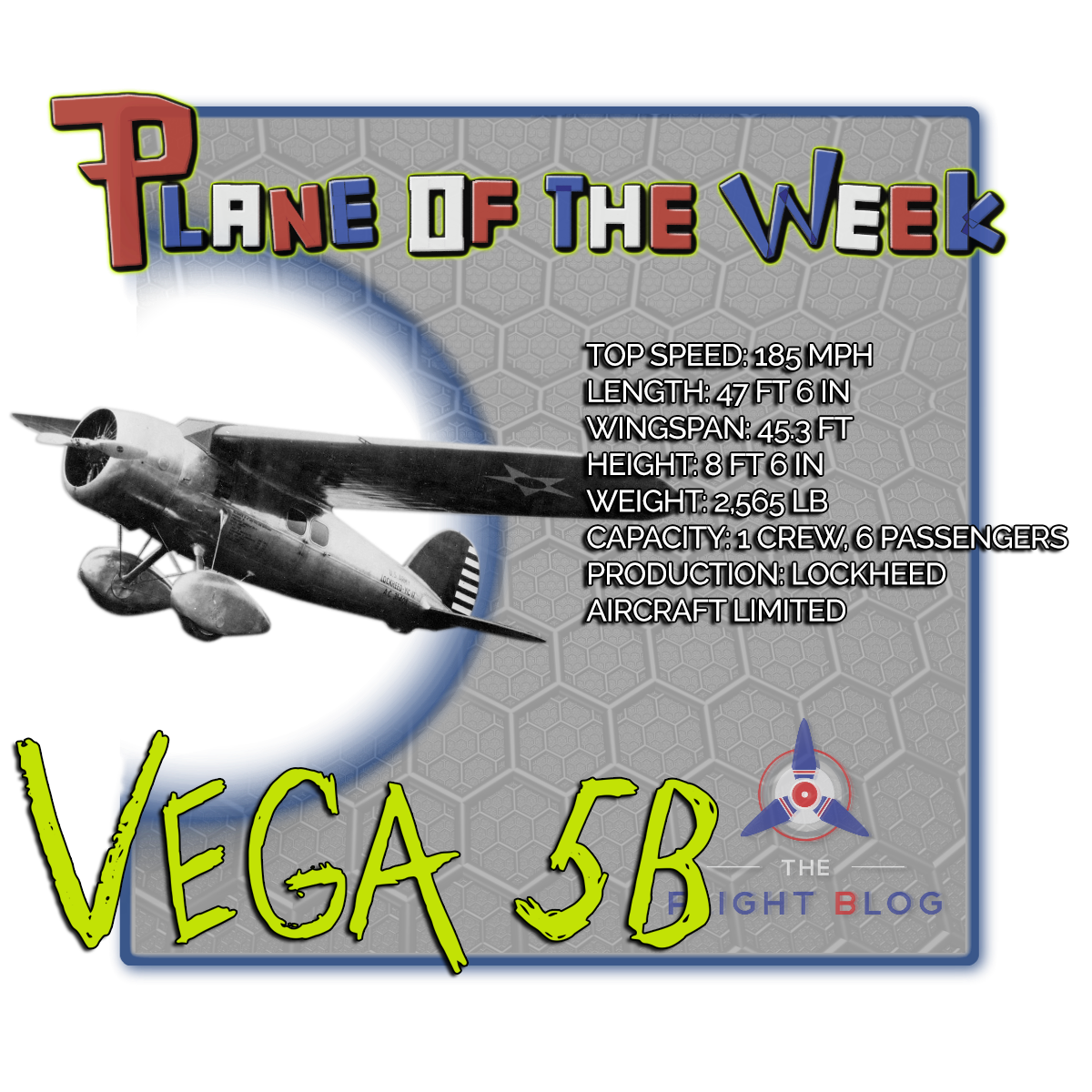 Built from a wooden fuselage, plywood covered wings, and a Wright Whirlwind air-cooled radial engine, this one became a plane to remember.

The first Vega flew on July 4 th of 1927 with a top speed of 135 mph (just a fraction of what it would soon be capable of). While too small for airline use, 68 of the original design (Vega 1s) were made for private owners within the next year.

From that point on, Vegas improved and were released in a number of variants, and they played a large role in breaking records and making history.

The famous, bright red Vega 5B was the model that Amelia Earhart flew when she broke two world records. Vegas flew well and people started to notice, especially when famous flyers blew people away with new milestones in the field. Multiple coast-to coast records were broken by Vega 5s, in true Vega record-breaking fashion. A total of 65 V5s and 132 Vegas were built.

After 68 Vega 1s were made for personal pilots, all speed awards at the National Air Races were won by Vega planes in 1929.

In 1928, a Vega 5 broke the speed records for transcontinental flight. That same year, the east-to-west record set in 1923 was broken by pilot Charles B.D. Collyer, completing the flight in 24 hours and 51 minutes.

This occurred just two months after a stunt flier, Arthur C. Goebel, set the coast-to-coast record from CA to NY in just under 19 hours.

Wiley Post and navigator Harold Gatty flew around the world in a record 8 days and (just under) 16 hours in a Vega. Post later flew solo around the world in his Vega in 7 days and just under 19 hours. He later pioneered the use of high-altitude suits and flew 50,000 feet, discovering jet-streams.

The Vega was utilized in a lot of ground breaking moments for the field of Aviation. Which one is your favorite?