The XF-85 Goblin by McDonnell Aircraft is without a doubt a crazy-looking contraption. If we're being completely honest here, it's hard to imagine something like this would even be physically able to fly--at least not outside of animated children's television, or something.

As with many of the most aesthetically-diverse planes in existence (including some featured here as our Plane of the Week), this prototype plane was developed in America during World War II. It's purpose? A parasite fighter.

Typically, bombers like the Boeing B-17 Flying Fortress and Consolidated B-24 Liberator were supported by long-range escort fighters that would defend bombers en-route to their targets; however, as the range of bombers increased with the next generation (surpassing the more limited range of existing interceptor aircraft), a need for a new form of support arose. Because in-flight fueling of escort fighters was still experimental at the time, and building out longer range fighters was costly, the US Air Force needed to consider more innovative approaches to problem solving: thus the parasite fighters were employed.

Parasite aircraft, as their name suggests,  is a part of a  composite aircraft which is carried and launched by a larger carrier aircraft (or mother ship) to support the primary mission of the carrier (in this case, to bomb stuff). The goal of this specific project was to release the XF-85 (prototype) from the bomb bay of a Corvair B-36 Bomber as a means of defense and support, in the event that the B-36 came under attack.

Parasite fighters were never very successful and for that reason, the XF-85 Goblin was cancelled after only about 14 months, leaving us with yet another reminder how sometimes cool ideas (and even cooler-looking planes) never really take flight (beyond a total flight time of 2 hours and 19 minutes...). 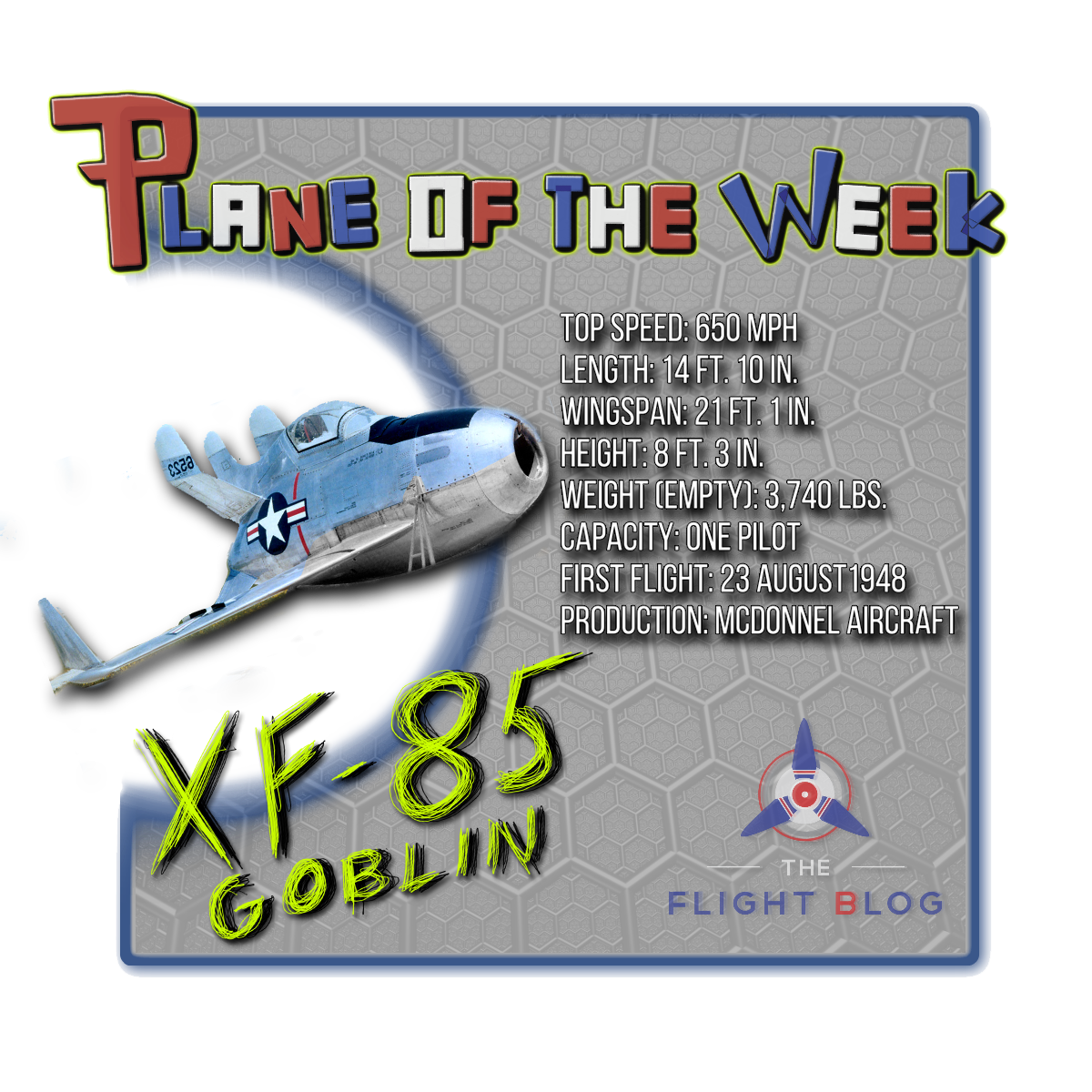 A Piece of History


Since the project cancellation, both prototypes have been moved to museums for public viewing. Prototype 46-0523 is on display at National Museum of the United States Air Force at Wright-Patterson Air Force Base near Dayton, Ohio in the experimental aircraft hanger. The other prototype, 46-0524 is located at Strategic Air and Space Museum in Ashland, Nebraska.