The Consolidated B-24 Liberator is one of the most famous bombers from WWII and the most produced heavy bomber in history. With over 19,000 built, this American heavy bomber gained an esteemed record during the war as the response to a need for more Boeing B-17 Flying Fortresses.


The B-24 was created in 1938 when the United States Army Air Corps (USAAC) requested that Consolidated Aircraft Corporation produce B-17s under a license. However, rather than produce an aircraft from a 4-year-old design, they created a new and improved plane that featured a longer range, higher top speed, heavier bomb load and more.

A model was built in just two weeks using parts from a Model 12 flying boat. They received a contract to build a wooden mock-up of the plane in 1939 with the first prototype flying in December of that year.

The B-24 featured shoulder mounted David wings that enabled high air speed and a relatively long range, measuring at 6 feet longer than the Boeing B-17 wingspan. 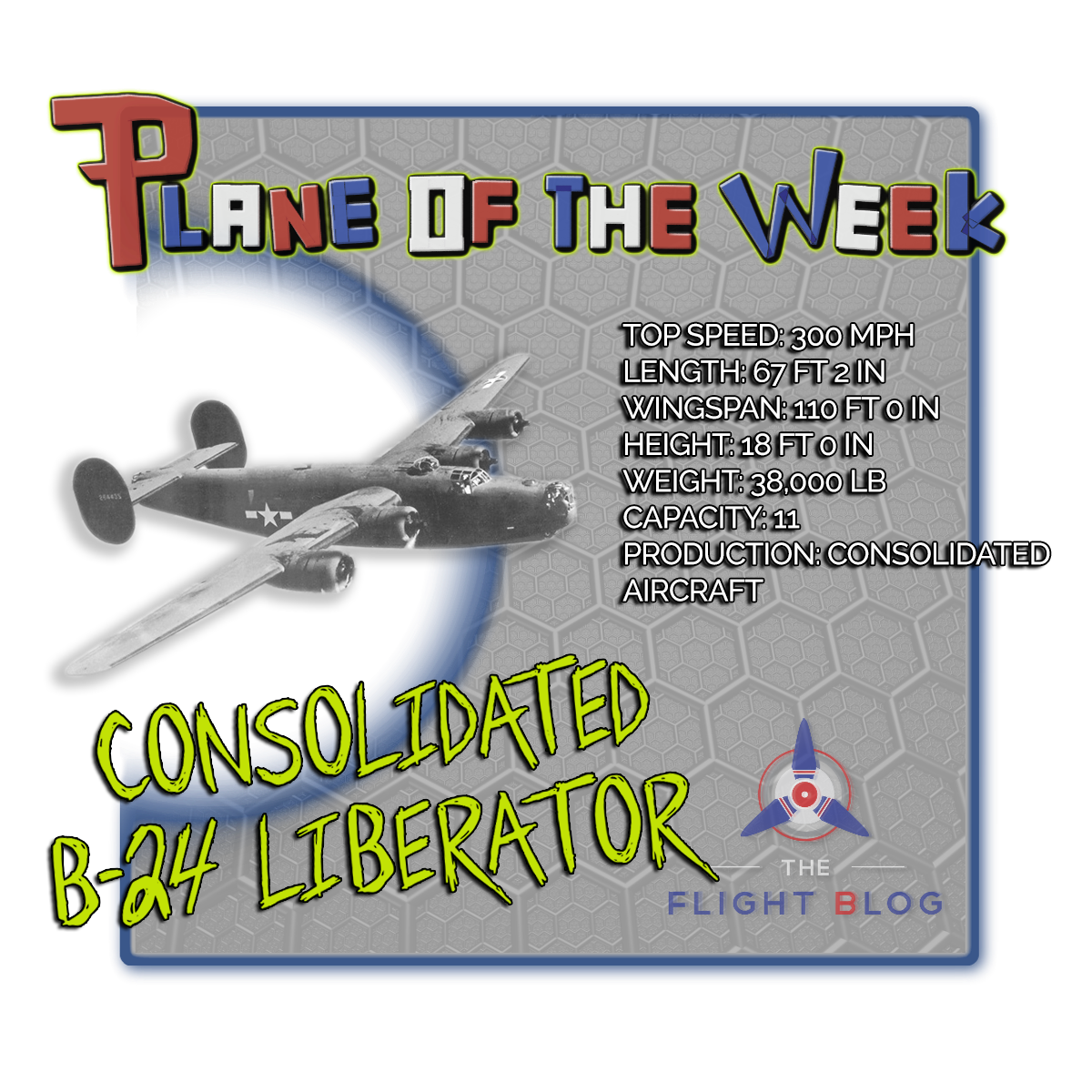 The tail featured a horizontal stabilizer flanked by two vertical and oval-shaped stabilizers. While it was determined that the plane would perform better with just one vertical fin, those were never produced in mass due to the end of the war.

Earning the B-24 the nickname -Flying Boxcar,- the fuselage was built around two central bomb bays. These were capable of carrying 8,000 pounds of weapons/ammunition in each compartment.


The B-24 Liberator was used widely during WWII by both the US and Allied forces. It is the most-produced American military aircraft.

As the war went on, the need for air transportation and bombers increased. The army ordered 120 in 1939 and Liberators entered RAF service in 1941. The RAF even used Liberators for anti-submarine patrol aircraft. The United States Air Force took on their first B-24s in 1941 as well, and the planes became utilized in all theaters of the war.

During the war, its recorded that B-17 Liberators dropped over 630,000 tons of bombs and shot down thousands of enemy aircraft.

However, the design did pose some problems throughout the war. The wing was more easily damaged than those of the B-17. This plane had an overall lower level of performance at low speeds when compared to the Boeing B-17. The fuselage also had a narrow catwalk that made movement within the aircraft difficult. Still, the B-24 was preferred for its wide variety of roles.

The B-24 had a high accident rate compared to the B-17. In just one year, 850 Second Air Force crewmen were killed in a total of just under 300 accidents.