Design-wise, this plane was one to look at. It became one of the most copied and iconic aviation designs of all time. Famous pilots made history in their planes, and they opened the doors to many opportunities for England, this being more desirable to some than the Wright biplanes.

Flying for the first time on January 23, 1909, this was the first plane to cross the English Channel. Overall, it was a record-setting plane that simply flew above the rest.


Born in France on July 1, 1872, Louis Blriot was the first to fly between continental Europe and Great Britain. His career in aviation was funded by his success as a manufacturer of automotive accessories and headlamps.

Blriot worked with engineer Raymond Saulnier on the design of the XI, which was inspired by Blriot's past designs. 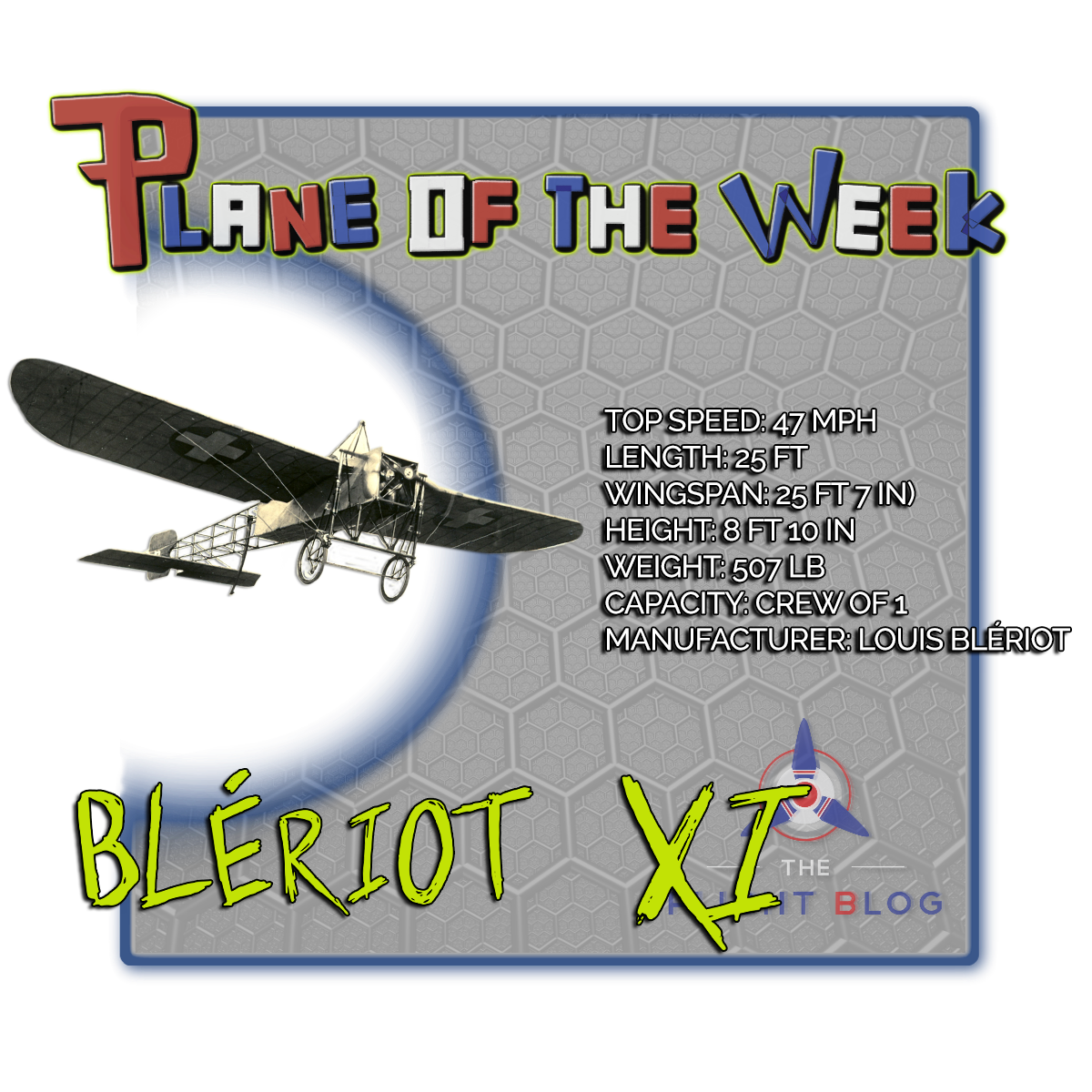 His success in the field was brought about by his piloting the Blriot XI across the English Channel, winning him a prize of £1,000. Blriot featured the plane at the first  International Paris Air Show. This was the start of his airplane manufacturing career-after the flight's success, he started receiving orders for his design.

The Blriot XI fell into the category of tractor monoplane. Its design featured a wing warp for lateral control. It's forward-facing tractor propellers pulled the aircraft through the air while its pusher propellers faced backwards to push the aircraft during flight.

The final design of this aircraft featured a 3-cylinder, 25-horsepower, air-cooled Anzani engine, which drove a two-bladed Chauvière propeller.

Blriot's aircraft helped pilots to compete and win in numerous air races and competitions in 1910. The XI made world records for altitude, distance, duration, and speed.

War Efforts and Use

From its historic flight throughout the start of WWI, over 800 aircraft were produced by the Blriot factory, and many of them were the Blriot XIs. Blriot's monoplanes were purchased by France, Britain, Italy, Austria, and Russia's air forces, and they were used in flying clubs around the world. They were priced at $5,000 each.

The Blriot XI was both extremely successful and controversial. While they played a role in setting many records, they were also involved in a number of accidents.

Because of the wing structure, a number of these crashed and they were banned by the British government for a while. However, Blriot worked to find and solve the problem and went on to continue producing airplanes throughout and after the war.