Let it be said: every pilot knows all too well the name of Howard Hughes.

In a time when the long-running, American trend of neglecting the notion of a singular job title was beginning to catch momentum, Howard Hughes was world-famous aviator, aerospace engineer, entrepreneur, filmmaker, and philanthropist.

As a man who represented extreme wealth (Hughes was worth a modern-equivalent of $6.2 billion US dollars at the time of his death) during America's most difficult financial crisis, Howard Hughes was often regarded as -more than a man- - though his being a genius mathematician, a handsome womanizer, and a private, Army-contracted aerospace engineer may have contributed somewhat to his legacy. 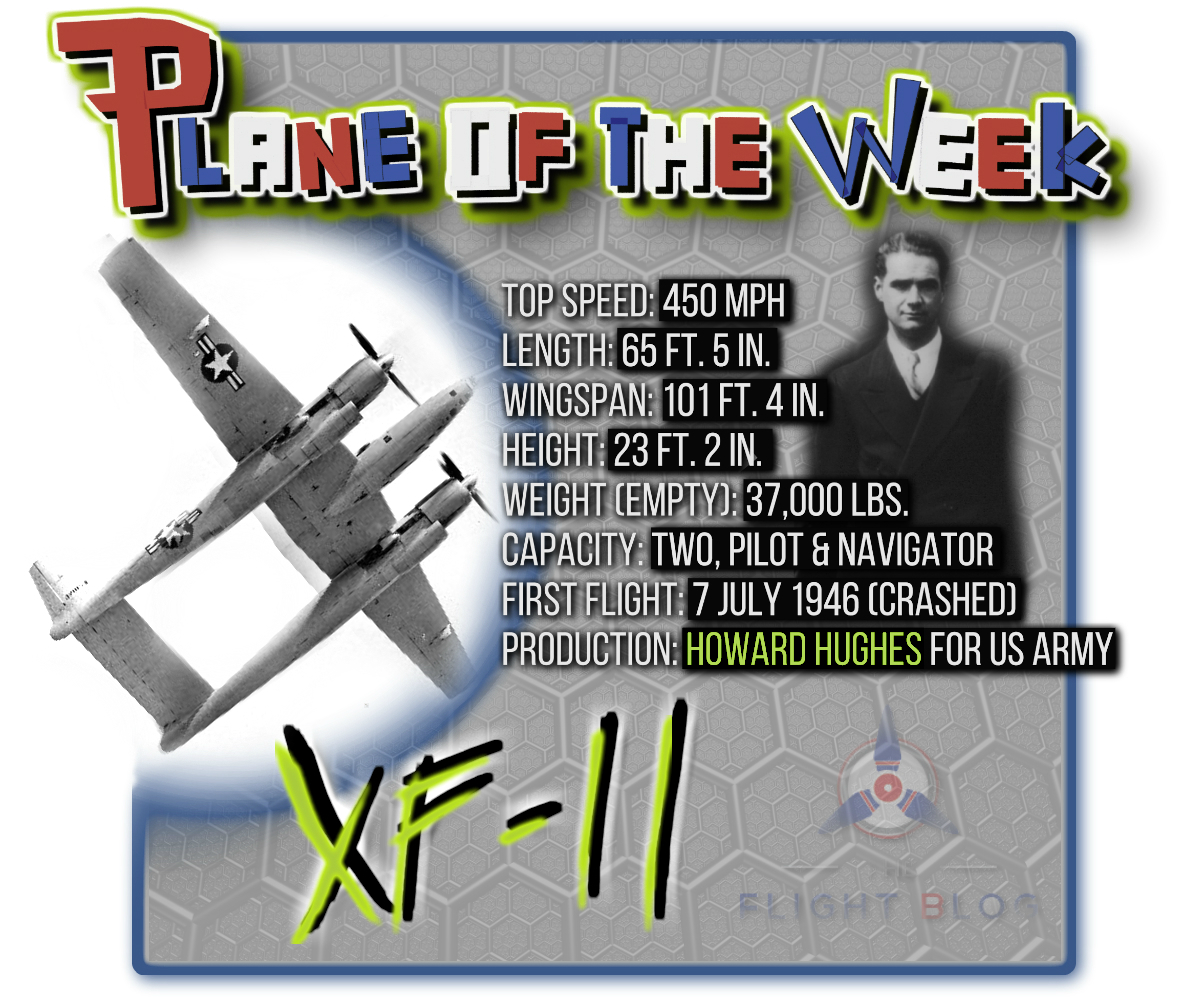 Hughes founded his own company, the Hughes Aircraft Company, and began manufacturing unique aircraft for the military and as a private contractor.

Of his many designs, the XF-11 proved to be one of the most memorable. Only two of these aircraft were ever made, the first having been crashed by Hughes himself in Beverly Hills.

Hughes decided to take a test flight on the XF-11 in California. It is speculated that the craft ran out of hydraulic fluid, allowing the plane's components to malfunction and eventually fail: dropping in altitude dramatically - still, some speculate that the crash was due to pilot error. The event takes place in Martin Scorcese's  The Aviator starring Leo Dicaprio as the erratic but brilliant Hughes -- the film's portrayal of the crash is arguably its most memorable scene.

Hughes managed to avoid any human casualties, crashing the plane through two Beverly Hills' homes before being pulled from the wreck by a bystander, somehow surviving the crash.

Nearly a year later and typical Howard-Hughes-fashion, the daredevil yet again sat in the cockpit and flew the second XF-11 prototype successfully.

Though the Army Air Forces ordered 100 F-11's, only two prototypes were ever completed.