These Pitts Sure Don't Stink.

For a reliable aerobatic biplane, you can't go wrong with a Pitts Special.

Curtis Pitts designed this series of light, aerobatic biplanes beginning in 1943-1944. He built his first design, the S1, in 1945. Since then, the Pitts Special (and its derivatives) have dominated the world of aerobatics.  While Curtis has refined and modified the design over the years, modern Pitts S2 actually remain close to the original aircraft in both concept and design.

Curtiss Pitts wanted an aircraft that would defy gravity, something small that could climb, roll, and change altitude more quickly than the larger pre-war biplanes. He constructed his aircraft around a new, smaller, and lighter horizontally-opposed engine. Swept wings allowed for access and center of gravity factors, making snap rolls snap more sharply. It was revolutionary. The next design, the S1-C, was built in 1946. It had slightly longer wings and fuselage and was outfitted with a Continental C-85-8FJ engine.

Pitts produced a limited number of aircraft during the 1940s and 1950s. Single-seat (S-1) and two-seat (S-2) aircraft are variations of Pitts' original design. It didn't take long for the Pitts Special to become the standard by which all other aerobatic aircraft were judged. The popularity of this particular aircraft was helped along by famous show performers like Caro Bayley and Betty Skelton. In fact, the most famous Pitts Special (and oldest surviving) is the one that Skelton flew, Little Stinker. 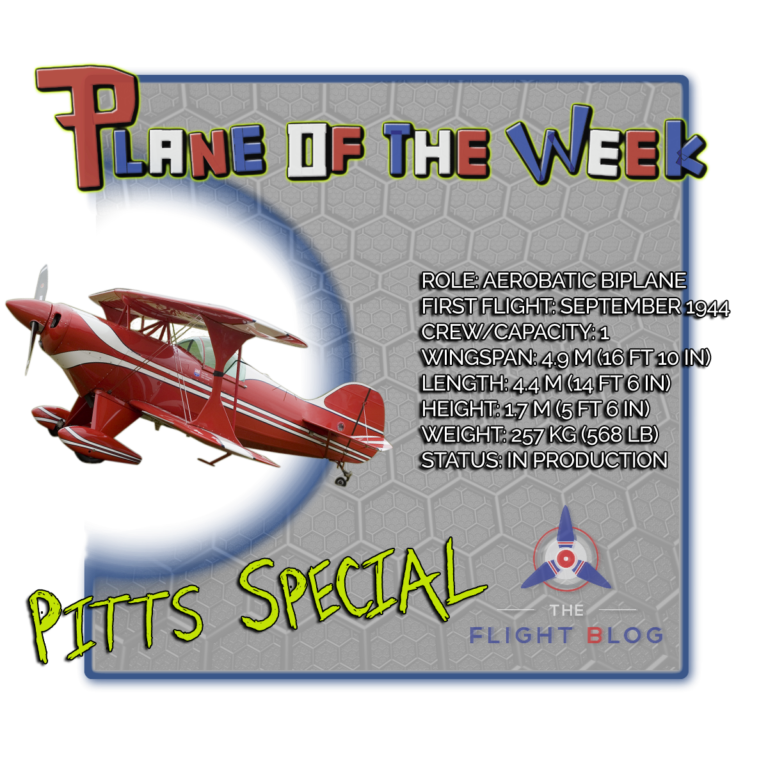 After aerobatic performer Betty Skelton purchased her S1-C in 1948, she made a few changes, including swapping the original Aeromatic propeller for a fixed-pitch McCauley. She also painted the plane bright red.  In her Little Stinker, Skelton won both the 1949 and 1950 International Feminine Aerobatic Championships. While Skelton sold her Pitts Special in 1951, she and her husband later reacquired it and donated it to the Smithsonian. From 1996 and 2001, volunteers worked to restore the aircraft.

The S1 gained a reputation as an excellent aerobatic aircraft. With the popularity of the aircraft, Pitts set up Pitts Enterprises to sell plans of the S-1C to home builders in 1962. Initially, the homebuilt aircraft were made from rough hand-drawn plans by Pitts, however, eventually professionally drawn plans also went on sale.

In 1972, the US Aerobatic Team won the World Championships flying Pitts biplanes.

Pitts Special S1 and S2 aircraft are still in production and  Aviat Aircraft in Afton, Wyoming currently manufactures them. The S1 can have up to a 200 hp flat-4 Lycoming engine and a 17' 4" wingspan. The S2 features a 260 hp flat-6 Lycoming and a 20' wingspan. Pitts Specials can have engines up to 450 hp.2 Aviat also has plans available for the S1-S aircraft.  Steen Aero Lab in Palm Bay, Florida supplies plans and kits for  the S1-C and derivative S1-SS.

Aerobatic planes are common sights at air shows. Read about the history of air shows here!