The MiG-21 is flown by over 50 nations and is the most produced supersonic jet fighter. 11,600 MiG-21s were built since entering service in part because its simple design made it easy to manufacture.

This plane originates from the Soviet Union and its development began back in the 1950s with a mission to replace the MiG-19. Also called the "Fishbed," it was a continuation of the MiG-19 but differs from its predecessor in that it has triangular delta wings. 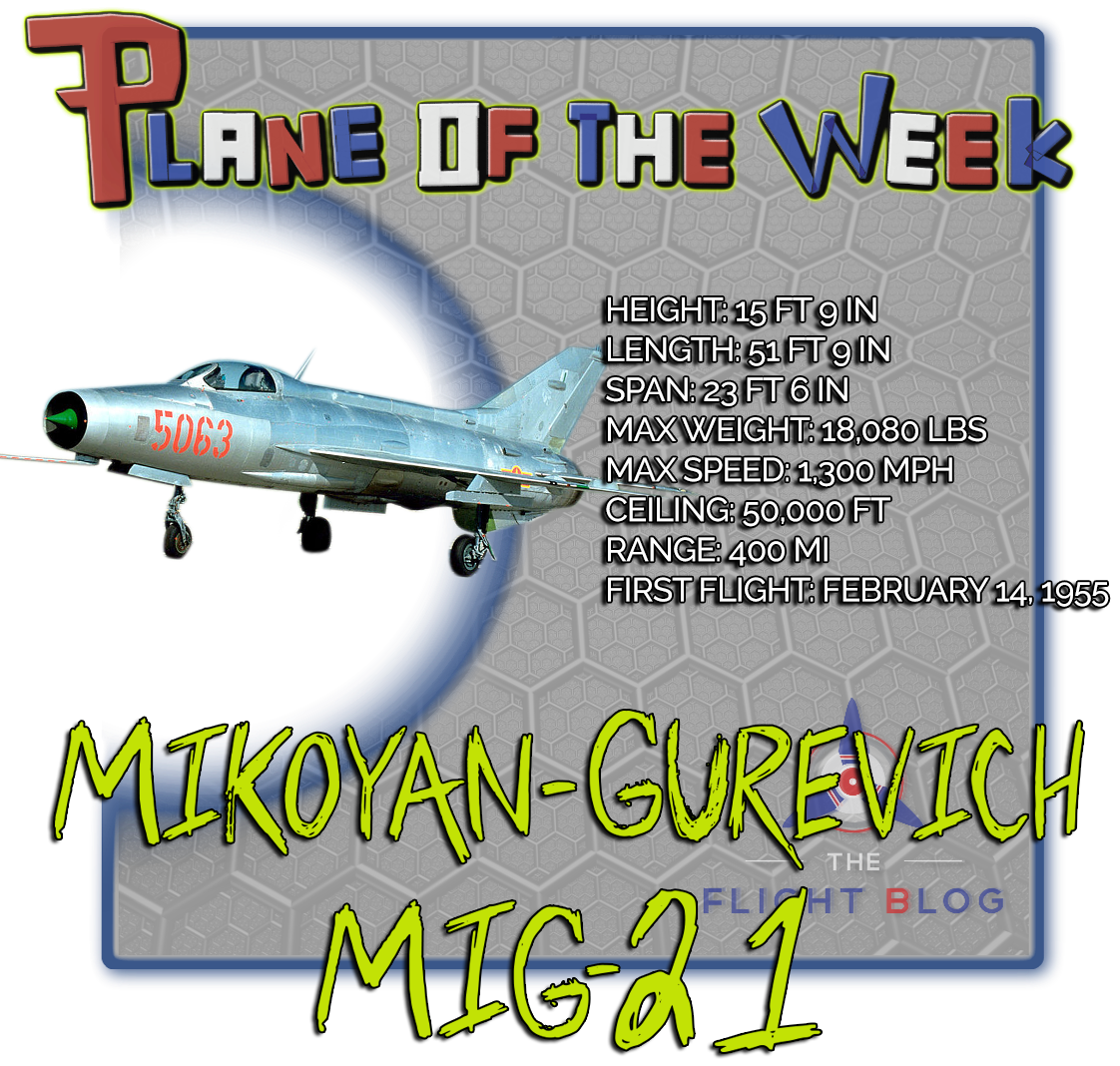 With a maximum gross weight of 15,650 pounds, the MiG-21 was the original -lightweight fighter.- It outperformed most competitors at that time and was comparable to the Douglas F-4 fighter jet.

The plane first appeared publicly in June 1956 at Moscow's Tushino Airport on Aviation Day. It had claim to several records, including most produced aircraft since WWII and longest production of an aircraft.

MiG-21s were key to giving certain nations, like India, superiority during the war. They were highly effective air defense systems. The jet's maneuverable nature made it a threat to other planes in the sky.

Easy to operate, easy to maintain

The plane's unique fuselage gives it a distinctive look, especially since it was often painted a different color than the rest of the plane. The plane can carry between two and six missiles and can hold bombs and rockets for ground attacks.


The aircraft entered the export market in the 1960s but had notably low endurance. However, most nations needed a plane that could do well for missions lasting only 30-45 minutes. The MiG-21 was ideal to be a ground control intercept fighter that could also fly over Western Europe battlefields. Since the plane was "pencil-thin," it could quickly and easily cut through opposing bomber packages before opposing forces had the chance to identify them.

The original model, MiG-21F, was armed with two 30mm cannons and unguided rockets. It did not come equipped with radar or missiles. An F-11F-300 turbojet powered it and it was used from 1959-60. 83 were built before engineers released an improved model.

Throughout the years, newer models had various engines, carried different weapons, and exhibited the current technology at that time. Although nations are beginning to retire their Fishbed planes, military personnel are confident the plane will reach age 60 and continues to remain one of the most iconic supersonic jet fighters.