The MiG-31 Foxhound is one of the fastest combat jets in the world.

The Mikoyan MiG-31 (NATO codename Foxhound) was developed by Soviet Air Forces to replace the MiG-25 "Foxbat." Introduced in 1970, the Foxbat was among the fastest military aircraft ever developed. But it had its fair share of issues; while the Foxbat was fast, it wasn't agile and was difficult to fly at low altitudes.

So they devised a replacement. This replacement was to address both the speed and range limitations of MiG-25. The first prototype (Ye-155M research prototype) had its first flight on September 16, 1979. Serial production began in 1979 at the Soviet Gorky Plant.

The MiG-31 was designed with the following objectives:

This supersonic interceptor is a large twin-engine aircraft with side-mounted air intake ramps; a shoulder-mounted wing with an aspect ratio of 2.94; and twin vertical tail-fins. Unlike its predecessor the MiG-25, the MiG-31 has two seats: one for the pilot and an additional rear seat for a dedicated weapon systems officer.

The wings and airframe of the Foxhound are stronger than those of the Foxbat; the added strength enables the aircraft to perform at supersonic speed at low altitudes. 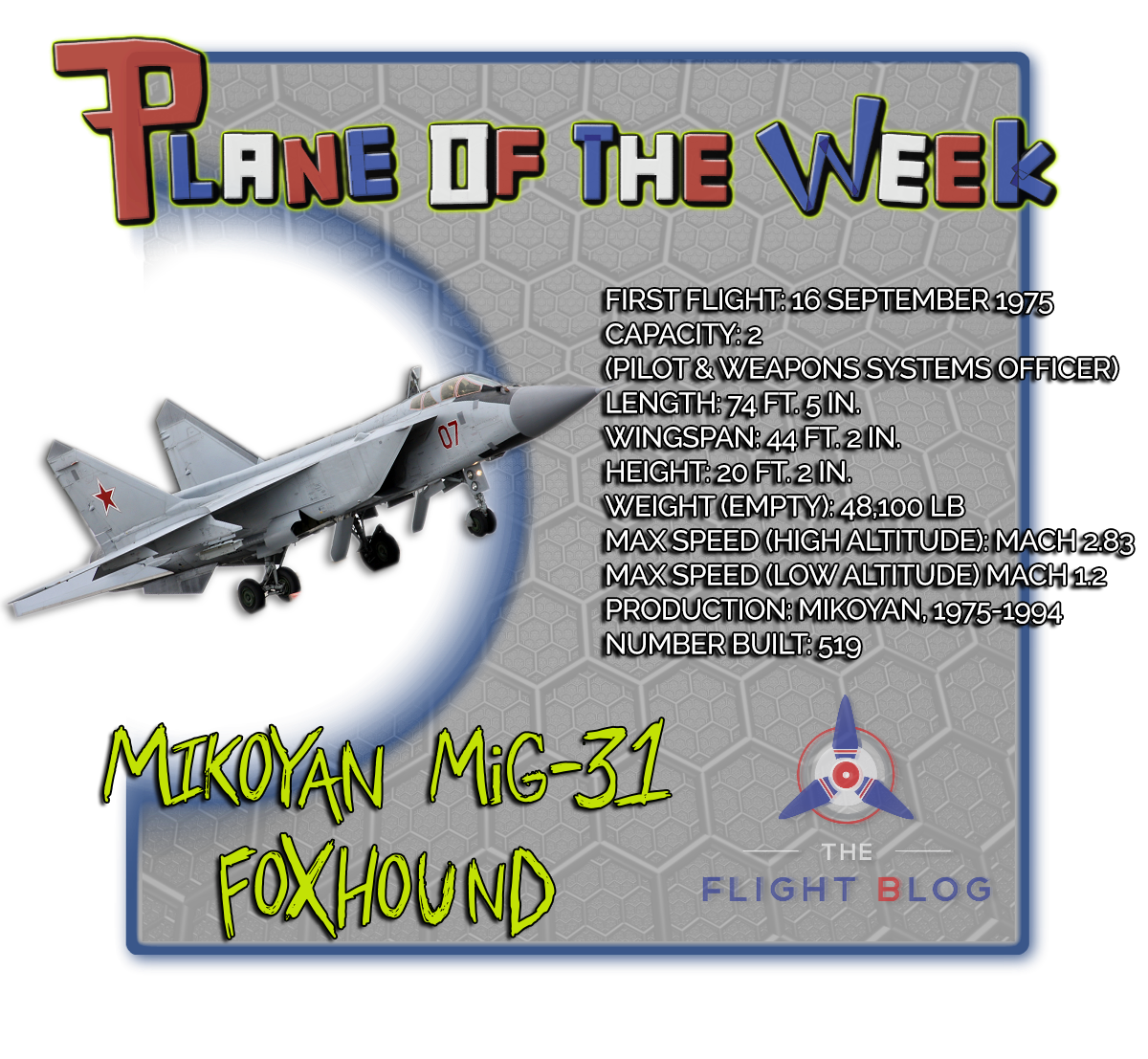 While production of the MiG-31 ended in 1994, these interceptors are still in use. In fact, the The Russian Defense Ministry expects it to remain in service till at least 2030.