The Making of a Lockheed Signature

The Lockheed Model 10 Electra represented a shift in aircraft technology. It was Lockheed's first all-metal, twin-engine monoplane airliner developed in the 1930s to replace the wooden, single-engine Orion. Not only was it a giant leap in airliner technology but it was also a precursor to the future of Lockheed itself.

At the time, 35-year-old Robert Gross was the new president of Lockheed. He wanted an aircraft to embody the very latest in engineering innovations. Gross wanted an aircraft that was fast and inexpensive to produce, and not to mention easily adaptable to the evolving aviation market. Lloyd Stearman, president of Lockheed and expert aircraft designer, worked on designs for an all-metal, single-engine, single-rudder plane. Gross turned to Stearman, Richard Von Hake, and other developers to work on the project. Chief engineer Hall Hibbard brought Clarence L. -Kelly- Johnson on board with the project.

In 1933, Johnson tested a model airplane in the wind tunnel at the University of Michigan. His own insights backed up with tests concluded the model plane's single-tail configuration lacked adequate directional stability. He had two suggestions: change the single tail to double tails and delete oversized wing fillets. Hibbard backed Johnson's hunch about the tail problem, and Lockheed adopted his suggestions for the aircraft.

Lockheed's team of developers created a prototype they called Electra (named after a star in the Pleiades cluster). It also carried the designation Model 10. The resulting prototype was a unique twin-engine, twin-tail aircraft. 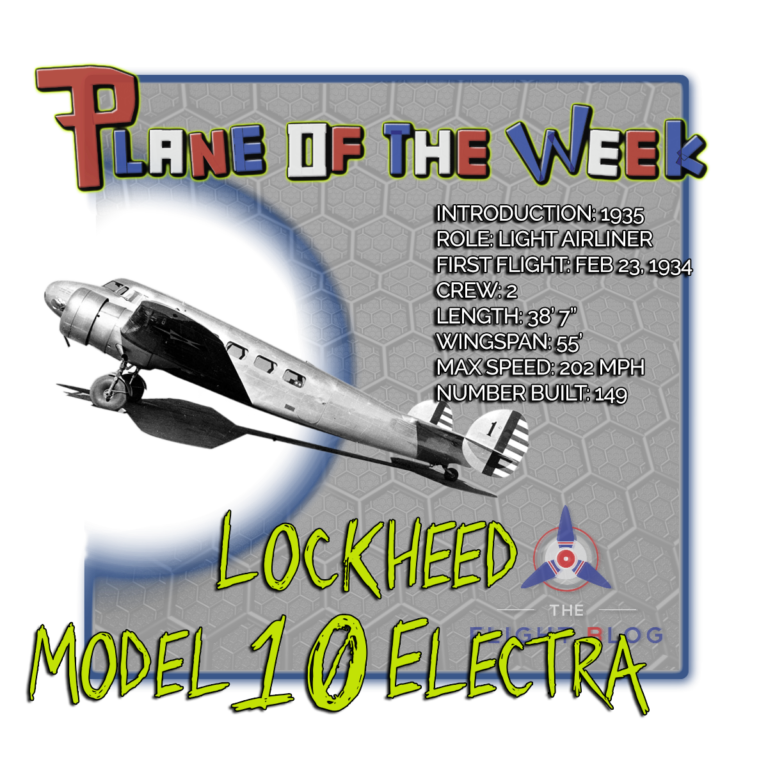 All Metal-and All the Rage

The Lockheed Model 10 Electra was a popular aircraft. Smaller airlines were particularly attracted to the Electra. Both Northwest Airlines and Pan American Airways purchased Model 10s for their fleets by year end 1934. European operators also added Electras to their pre-war fleets.

But Gross also wanted to attract the military and private sector interest, too.

A number of non-commercial civil operators purchased the new aircraft. In May 1937, H.T. "Dick" Merrill and J.S. Lambie accomplished the first round-trip commercial crossing of that ocean when they crossed the Atlantic in a Lockheed Model 10 Electra. This feat won them the Harmon Trophy.  During the course of this trip, they carried newsreels of the crash of the Hindenburg and then on the return trip, they brought back photographs of King George VI's coronation.


The most famous use of the Electra, however, was by Amelia Earhart. Earhart first set the record for the first woman to successfully undertake a transatlantic flight in a red Lockheed Vega. Her next goal was to circumnavigate the globe following the equator. For this feat, she used a highly modified Model 10E. Engineers equipped her Electra with special fuselage tanks that allowed the plane to carry 1,000 extra gallons of fuel. Earhart, navigator Fred Noonan, and her Electra all disappeared somewhere over the South Pacific in July 1937. You can read more about Amelia Earhart's disappearance here.

The need for smaller, faster aircraft spawned the Model 12 Electra Junior. The Model 12 reduced the original Model 10's wing area by 23% and maintained a respectable top speed of 225 mph.

Lockheed developed the Model 14 Super Electra, Electra's larger  cousin, to be a larger, more capable civil and military version. The Super Electra caught the eye of Howard Hughes, who used it to achieve his speed record for an around-the-world flight. His Model 14 was outfitted with 1,100-horsepower engines and the latest in radio and navigation equipment.