As one of the largest airplanes ever built, the Convair B-36 "Peacemaker" played a key role in preserving peace during the Cold War.

The B-36 was the largest mass-produced piston-engine aircraft ever assembled and was the first U.S. bomber capable of delivering nuclear weapons. Engineers thought of the concept in early 1941 before the United States became active in WWII-they needed a plane with intercontinental range. 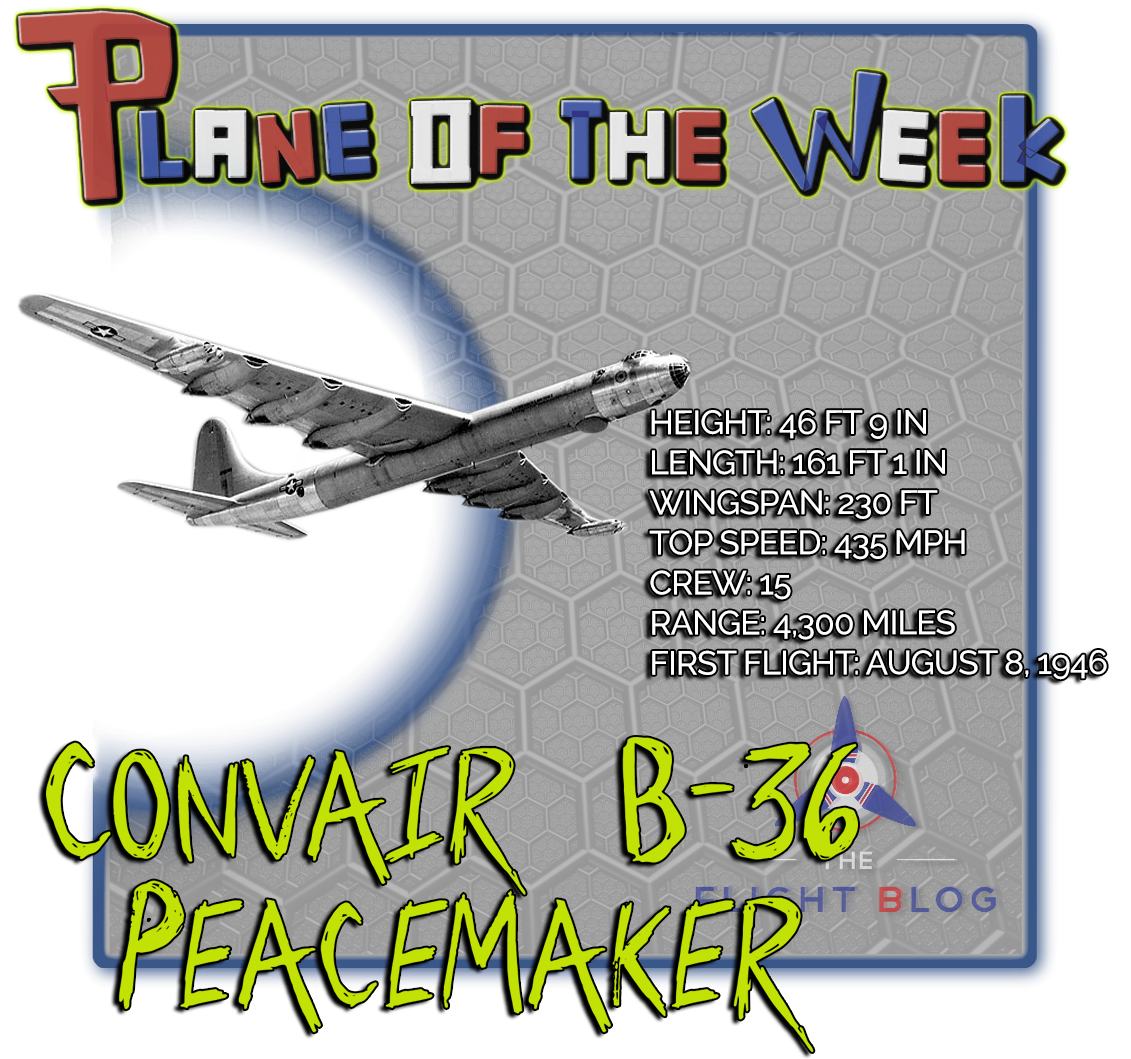 
After winning the bid over Boeing and Consolidated Aircraft Company to build the airplane, Convair developed and produced the aircraft. The bombing of Pearl Harbor caused the production company to slow its work on the B-36 to focus on the B-24 Liberator. Other factors, like a lack of materials and a move from San Diego to Fort Worth, further delayed the project. However, focus on the project returned when the US Army Air Forces had to act on the need for a long-range bomber.

Magnesium made up much of the massive plane's external frame. Its dull body stood out among the other planes at the time, which were made of shiny aluminum. While the X-36 was in production, the Air Force and Convair advanced the aircraft further. The results were the B-36D, B-36H, and B-36F models. The changes led to the Air Force reconfiguring all B-36 aircraft with four General Electric J47-GE-19 jet engines.

Engineers made the B-36 over 160-feet long--two-thirds longer than the B-29, the previous "superbomber." The enormous jet moved slowly and could not be refueled mid-air; however, it could fly 3,400 miles and stay in the air as long as 40 hours.

After attempting to build an all-jet B-36-the YB-60-the Air Force decided to redirect its focus onto the Boeing B-52 Stratofortress. They hoped to make the B-52 the next long-range heavy bomber, marking the beginning of the end for the B-36.

By February 1956, the first B-36 arrived at Davis-Monthan Air Force Base in preparation for storage and scrapping. The last operational flight took place on February 12, 1959, as flight 52-28274 flew from Biggs AFB to Fort Worth. The plane currently resides at the Pima Air and Space Museum in Tucson.

Officials scrapped the last Peacemaker on July 25, 1961, and preserved four in museums around the country.

The four planes are of the original 384 that were built and have complete airframes. In addition to the plane at Pima, the others are at the National Museum of the U.S. Air Force in Ohio, the Strategic Air and Space Museum in Nebraska, and the Castle Air Museum in California.