In 1967, the Boeing-737 took its first flight. The narrow-bodied business jet was one of the most popular commercial airliners.

The 737 series is the best-selling commercial plane in history. Lufthansa acted as the first company to use the plane commercially and over time other airlines ordered it. The most use came from airliners such as Southwest Airlines, United Airlines, and American Airlines. 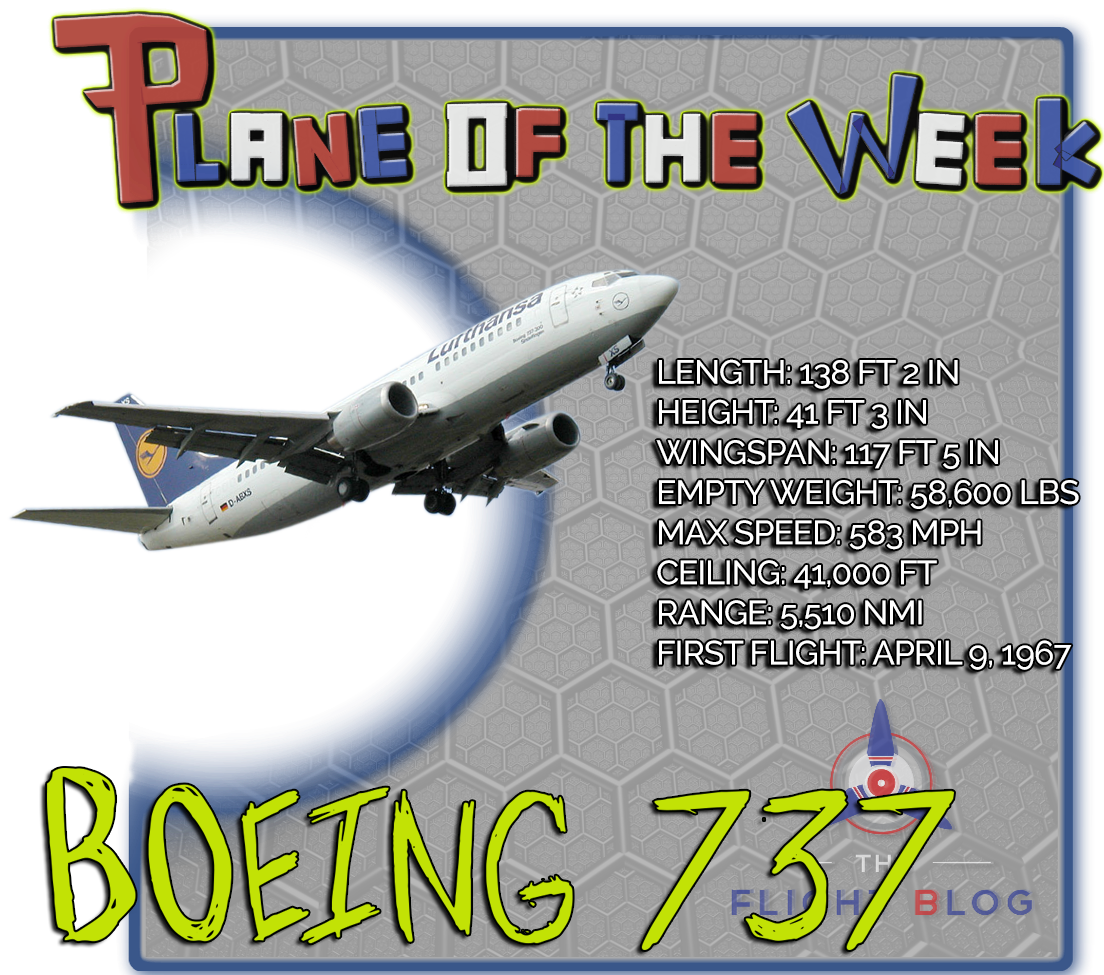 Boeing initially designed the plane at what is now known as King County International Airport.

On January 17, 1967, the world got its first glimpse of the 737 and it became known as -Baby Boeing.- A celebration took place and flight attendants representing the 17 airlines that ordered the plane attended.

The Douglas DC-9 and British Aircraft Corp. BAC1-11 were the 737's most fierce competition. As a result, Boeing altered some design components to keep up with these rivals.

Engineers installed the same upper lobe fuselage put into the 707 and 727, so the same upper cargo pallets could be used. They also put engines under the wing which made maintenance significantly easier. Since the plane usually performed well and did not need service very often, it was ideal in more isolated regions and older airports. Several nations such as Asia, Australia, and Africa were a fan of the plane for the same reason.

Variations and improved versions of the 737 came quickly over following decades. Companies ordered 3,100 737's by 1993, and Boeing certified three next-generation models in less than one year.

Although not very noticeable, the 737's engine is shaped slightly different than most plane engines.

The shape is not perfectly circular and widens toward the bottom with a flattened top portion--the design is said to resemble a hamster.

Boeing engineer Mark Gregoire worked to redesign the 737 in order to make it last longer. CFM International, a group offering new engines, wanted its engine featured on the 737 to begin building their brand. They came up with the idea to place a smaller fan in for the new CFM56-3 engine and rearranged other parts to improve efficiency.

The new engine was put just below the wing and engineers flattened the bottom of it to keep the plane out of the danger zone by preventing it from acting as a vacuum for anything in front of it. It also met each of the new requirements, such as reducing loudness and being more economically friendly.


Its commercial use transitioned into other areas. It served in the military, Air Force, and Navy. The plane has also reliably transported U.S. commanders and government officials.

Recently, the 737 MAX was introduced. Southwest Airlines ordered a handful and retired other planes.

Southwest's purchase makes it the first carrier in North America to offer its service. The cabin features 175 seats and an LED lighting sequence for the flight's individual phases. It also offers boarding and deplaning playlists. LEAP-1B engines power the jet and are designed to save fuel. Southwest retired 30 planes, including the Boeing 737-300's. They plan to reuse them elsewhere.

Check out a Boeing-737 that made history as Helios Airway's Haunted Flight 522!