Do You Want to Believe?


Planes aren't always the only things flying in the sky. We've got helicopters, blimps, weather balloons, lost kites- and every once in a while, some eye spies something that's not so easily identifiable. These are known as UFOs: unidentified flying objects. 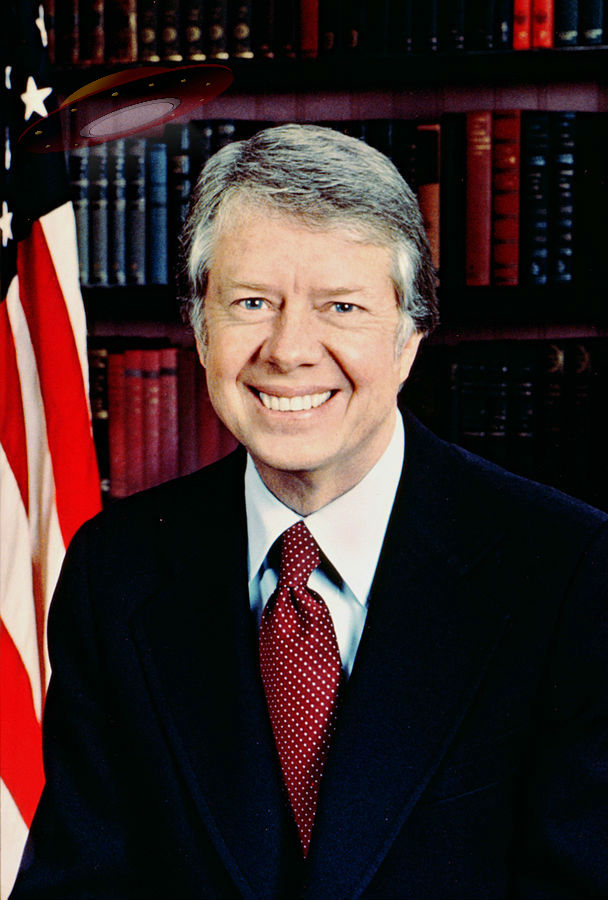 For some, UFOs are as American as baseball, apple pie, or football (the one that involves hands more than feet). The U.S. government has even ridden the UFO train. You can go on the CIA's website and browse their collection cataloging the CIA's information on UFO's from the 1940s through the early 1990s. Then there are places like Area 51-a United States Airforce facility in the Nevada desert-that are at the center of various alien and UFO-based conspiracy theories.

U.S. Presidents are not beyond belief, either. Before Jimmy Carter became the 39th President of the United States of America, he witnessed a UFO. On September 18, 1973, Jimmy Carter filed a report with the National Investigations Committee on Aerial Phenomena (NICAP), claiming he had seen an Unidentified Flying Object (UFO) in October 1969. During his campaigning in 1976, Carter was forthcoming in his belief regarding his UFO sighting. He also promised that if elected president, he would encourage the government release -every piece of information- about UFOs available to the public and to scientists. He never followed through, however, citing potential -defense implications- and threats to National Security.

Belief in aliens and UFOs hasn't waned into the 21st century, although we don't seem any closer to any definitive answer.

Spotting UFOs (particularly those of the alien variety) on the ground is one thing--but what's it like to see one in the air? Since pilots and crew spend so much time flying in the air, they're bound to have experiences with UFOs, right?

Here are just three of many famous documented pilot encounters with some unidentified flying objects-whatever they might be.

On July 24, 1948, commercial airline pilots (and WWII veterans) flying over Alabama reported having to evade an unknown aircraft flying in very close proximity. Whitted thought it looked like "one of those fantastic Flash Gordon rocket ships in the funny papers." A passenger also saw it. Everyone described it as a rocket-like ship, conical in shape, with two decks lined with windows. A man named Walter Massey who worked at a nearby Air Force base also sighted it. On July 20, there were sightings in the Netherlands of a similar craft.

Initially, the military dismissed the encounter as a weather balloon. Then, they retracted that explanation and suggested it was a meteor. The pilots rejected the explanation. After an investigation, the Air Force concluded it was an alien spacecraft, but superiors rejected the report.

What was it really? Nobody knows.

On January 7, 1948, Kentucky Highway Patrol reported an unusual aerial object near Madisonville, KY around 1:45 pm. A number of witnesses in the control tower at Fort Knox also spotted the object. Four F-51D Mustangs of C Flight, 165th Fighter Squadron Kentucky Air National Guard were already in the air at the time. They were instructed to approach the object. Captain Thomas F. Mantell was among the pilots. When one ran out of fuel, he returned to base. The other two accompanied Mantell in pursuit. When they, too, turned back, Mantel continued to climb. When he exceeded 25,000 ft., he blacked out from hypoxia. His plane spiraled and crashed. Although there is some dispute, some sources report in one of Mantell's final transmissions, he described the object he was chasing as "a metallic object of tremendous size."

The official Air Force line was that he actually saw Venus. Unofficially, however, officers feared a spaceship has shot mantel down with an extraterrestrial weapon. Later, declassified documents disclosed secret Navy balloon experiments measuring radiation levels in the upper Atmosphere.

Ok, so maybe this ultimately wasn't technically a UFO-but at the time, the object wasn't identifiable. Mantell very well may have believed this really was a UFO--or why else would he continue after it despite his lack of oxygen? 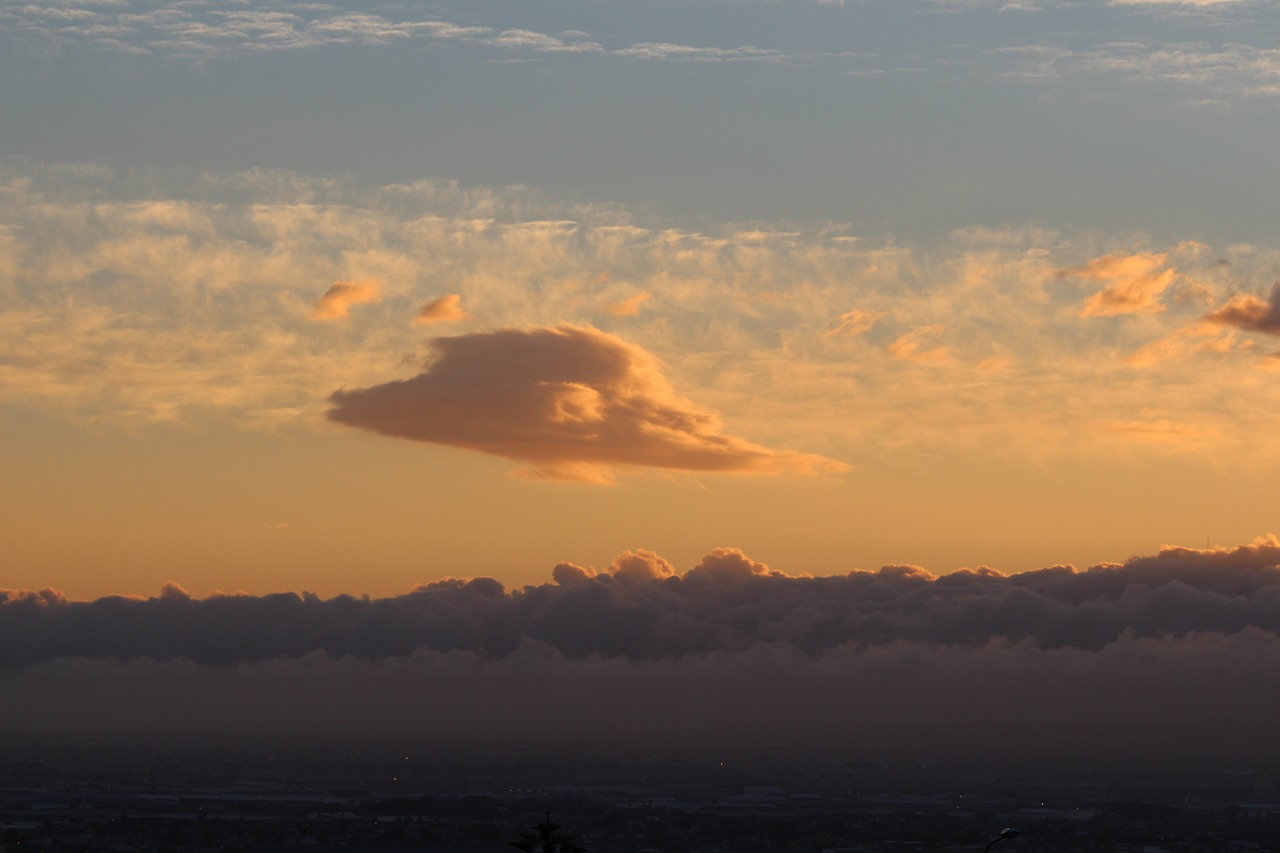 The evening of October 21, 1978, 20-year-old Frederick Valentich disappeared during a training flight in a Cessna 182L light aircraft over Bass Strait in Australia. Prior to his disappearance, Valentich's final radio transmissions to Melbourne Air Traffic Control describe him being followed by a UFO.

M: What type of aircraft is it?

V: I cannot affirm. It is Silence for 2 seconds.] It seems to me that he's playing some sort of game. He's flying over me two, three times, at a time at speeds I could not identify.

M: Roger. What is your actual level?

V: My level is four and a half thousand. Four five zero zero.

M: And confirm you cannot identify the aircraft.


Valentich describes this aircraft as having a green light and being -sort of metallic.- Later, just before the end of the transmission, Valentich's final words to Air Traffic Control are, -Ah, Melbourne, that strange aircraft is hovering on top of me again. . . It is hovering, and it's not an aircraft.-

Despite a long investigation, search teams have never found any evidence of Valentich or his airplane. Of course, there are plenty of explanations for what happened to young Frederick Valentich. For one, he was an inexperienced pilot with only about 150 hours flying time and a class-four instrument rating. The Royal Australian Air Force rejected him twice. Valentich was also involved in three flying incidents that came to the attention of officials. Further, Valentich had a deep interest in UFOs and claimed to have witnessed a UFO earlier that year. For some, it was his interest in flying saucers-and not a flying saucer itself-that contributed to his death.

While there's nothing -official,- here are a few suggestions as to what really happened:

What do you believe?