Aerial warfare has evolved a great deal over the years. In its earliest days, it was utilized as a means of observation of the enemy.

While aviation has grown a great deal, observation balloons have persisted over time.

Lanterns were used prior to balloons as signaling devices. A small candle is lit at the open base of the lantern to give it flight, but they only remain airborne as long as that heat source remains lit.

Sometimes referred to as Kongming lanterns, they are believed to have been first used by military strategist Zhuge Liang, who was also known as Kongming. It is said that he used them to send messages that would summon help when he needed it.

Today, these lanterns are still used, but in more casual settings. There are festivals-traditional and not-that use the paper lanterns to light the sky around the world.

These are essentially tiny versions of the observation balloons that would come about later in history on a much larger scale. 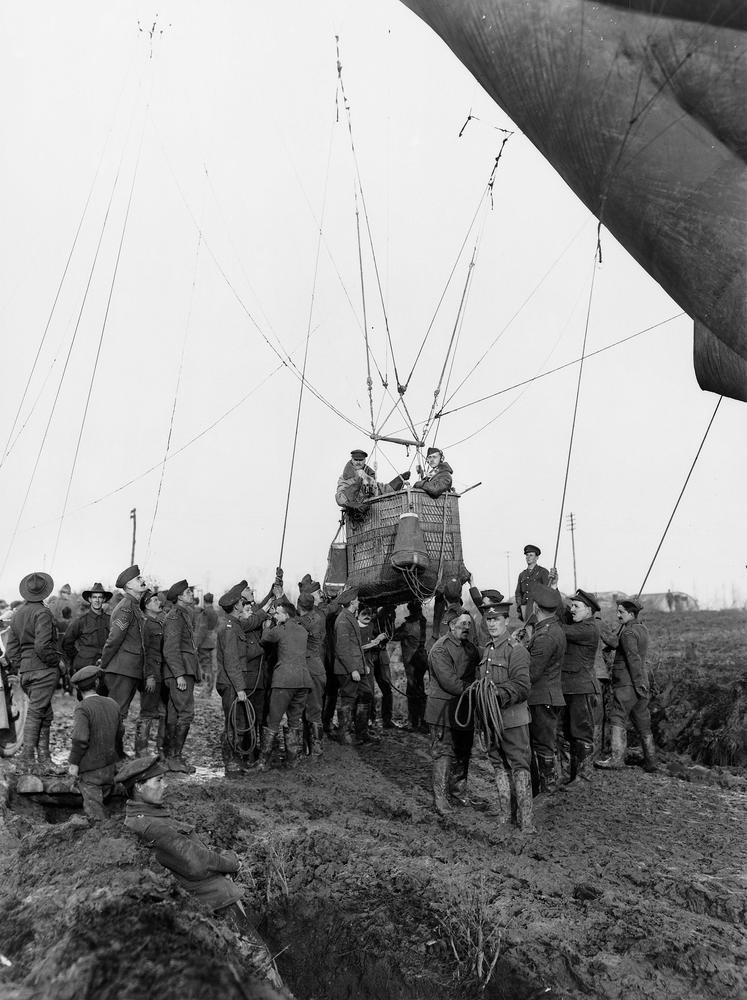 Observation balloons were used as early as the French Revolutionary War and Civil Wars. They are still used today, though more rarely.

They enabled an aerial view of battlefields that helped with preparing battlefield maps. Because of these balloons, those maps helped soldiers prepare for battle better than ever before.

During the early days of balloons, they were powered with hydrogen gas, which was highly flammable. In fact, many observers had to parachute to safety if their balloon was under attack to avoid being caught in an explosion.

It wasn't until WWII that non-flammable helium was used to power the balloons. By this time, artillery had made great developments and were able to see targets at a greater range than those on the ground. So, observers would position their balloons a few miles behind the front lines and act as a reinforcement to the ground troops.

Balloons were also used in the American Civil War with Thaddeus S. C. Lowe heading the Union Army Balloon Corps. During this war, balloons were first filled with coal gas but were soon converted to a system of hydrogen gas generators, which was complex but more economic than coal gas.

A balloon observer was suspended beneath the stationary balloon and usually had binoculars, a wireless transmitter, and sometimes even a long-range camera. They observed the actions on the ground and called in to ground forces if they noticed any suspicious movement that could be the enemy moving in.

This was a popular method on both sides of the war, so balloons became a target to bring for both sides as well. Balloon Busters were military pilots who brought down enemy observation balloons to protect their fellow servicemen.

Post-war, balloons were used by the US military for nuclear detection and surveillance programs as well as other testing projects. Today, they are still used to gather intelligence because they use significantly less fuel than aircraft do. If the observer flies at a high enough altitude, they may not even be detected by those on the ground.

The oldest preserved observation balloon, L'Intrpide, is on display at the Heeresgeschichtliches Museum in Vienna.