In the wake of hurricane season, you may have heard of the "Hurricane Hunters" and wondered, why anyone would go towards a hurricane rather than away from it?

Well, there's good reason pilots fly into the eye of the storm--to collect accessible data for public officials. Their flights help gather information on a hurricane's strength, which can save lives. They also help identify how much pressure a hurricane releases and determine how critical it is for people to either stay put or evacuate a region.

Getting to the eye of a hurricane requires a strong military plane, as it is one of nature's most powerful natural events. Hurricane hunters fly in aircraft like the Lockheed WC-130J Super Hercules (a version of the C-130 Hercules), Lockheed P-3s, and Gulfstream IV-SP jets.

The mechanics behind a hurricane explain why only the strongest aircraft can handle flying to the center.

You may have heard the term "energy surge" through news coverage on major hurricanes and wondered exactly what that means beyond the damage and destruction we witness on the ground.

According to the Atlantic Oceanographic and Meteorological Laboratory, an average hurricane produces about half the total electricity generating capacity on the planet. Additionally, hurricanes foster even more energy through clouds and rain created in the water evaporation process.

NASA explains that a hurricane can expel as much energy as 10,000 nuclear bombs.

These significant and massive forms of energy appear over patches of ocean where water has warmed to at least 80°F down to 160 feet below the surface. For each gallon of water evaporated, it carries around the same amount of thermal energy as one cup of gasoline.

Researchers also take into consideration the updraft--the low-pressure environment created by the rising warm air. This low-pressure system forces more energy into the air, thus pulling in additional warm air and allows the cycle to continue.

The recognizable spiral shape of the hurricane we are familiar with from Doppler radar images is determined by the earth's rotational direction. Air surrounding evaporated water in the low-pressure system make a spiral shape, consequently contributing to the damaging winds Hurricane Hunters must navigate to get to the center.

Areas of the hurricane without rain are formed by air ejecting from the top of the storm, but the sections with rain can release about 5 cubic miles of rain daily. In turn, destructive wind is created as well as sea surges higher than 20 feet which cause the ongoing flooding. 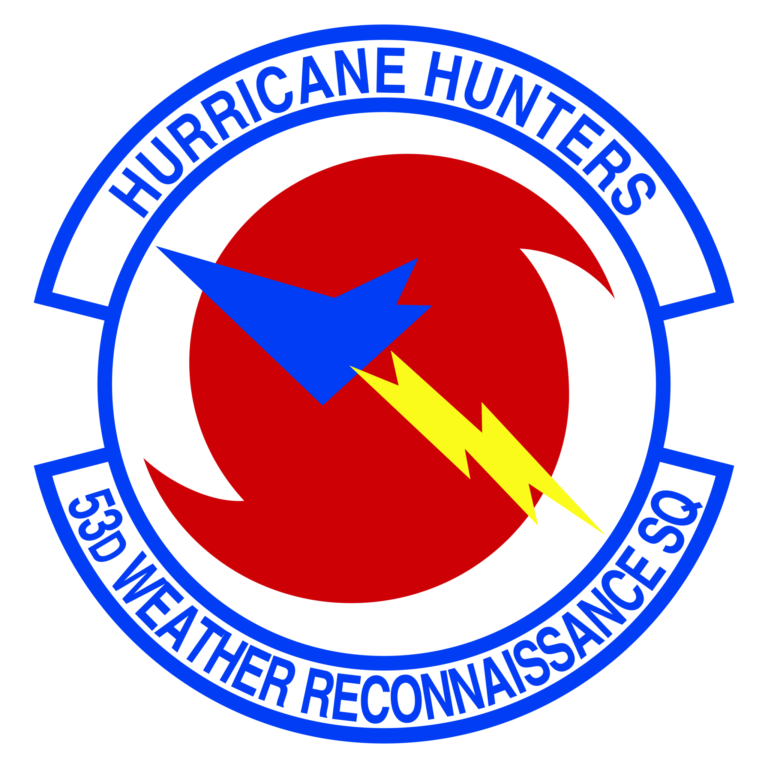 
The 53rd WRS is based at the Kessler Air Force Base in Biloxi, Mississippi. The group first used the term "Hurricane Hunters" in 1946 and the group operates ten Lockheed WC-130J planes at 500 to 10,000 feet when entering the eye of the storm.

Hurricane hunters generally exhibit immense success in their missions with the exception of one flight.

Hurricane Janet made landfall on September 26, 1995 and was only growing stronger. The U.S. Navy sent the P2V-3W Neptune aircraft Snowcloud Five to the storm's center from the Guantanamo Base to gather data; however, it never returned.

According to the last bit of communication from the cockpit, the plane entered the hurricane's eye at 700 feet and all contact was lost shortly after. The wind turbulent storm caused the flight carrying 11 people to crash in the Atlantic Basin. Neither the crew, passengers, or plane were ever recovered from the sea despite an extensive search and rescue operation.

Advances in technology have decreased the risk pilot and passengers on board undergo to collect hurricane statistics.

Devices such as dropsonders are dropped into the eye of the storm to study its qualities, and the stepped-frequency microwave radiometer on the plane's wing also gets readings from high-altitudes.

Hurricane Hunters flew into Hurricane Irma, one of the strongest hurricanes ever recorded in the Atlantic Ocean, last week on a Lockheed C-130. The planes fly in an X pattern, and gather data the entire flight. They released several probes into the eye that recorded information such as wind speed, direction, pressure, and fluctuating levels of humidity. Scientists use this information to predict the storm's path and save lives by giving residents enough time to evacuate.

Sensors help to create a 3-D version of the storm that ground satellites are unable to depict detail on. Some satellites inaccurately project the location of and misidentify tropical storms.

The flight crew experiences extreme turbulence that only increased while the pilots pushed their way through the storm. Upon reaching the eye, stillness swept over the flight for approximately 10 to 15 minutes. The 53rd WRS made at least three flights a day when Irma peaked.

Would you ever weather the storm for science and safety? Comment below!