Morse code has saved countless lives over time. This method uses a series of sounds, lights, and clicks, in different lengths and combinations to convey a message, the most famous being SOS. It's a system that has transcended time, really.

This particular incident is a one-off story of the system not necessarily working. In August of 1947, Star Dust's operator sent the following final Mores code message: ETA Santiago 17.45 hrs STENDEC.

The Details of That Night

In western Argentina, on August 2, 1947, the weather was treacherous. Pilots aboard British South American Flight CS-59-on an Avro 691 Lancastrian 3-experienced fog and zero visibility that night. What made that worse were the mountain peaks surrounding them.

Just before they crashed, a mysterious message was sent out over radio transmission in Morse code. At around 5:41 pm radio operator Dennis Harmer sent in their ETA as 5:45 pm, but ended with the mysterious phrase "STENDEC." After being asked to repeat, he sent that same thing back in twice.

That was the last anyone heard from flight CS-95, and to this day no one knows what that code meant.

Over 50 years later, the wreckage was found underneath a glacier. Until then, the flight was never officially deemed a crash but a disappearance.

The flight's crew were experienced RAF pilots who had served in WWII against the Germans, with the pilot having flown over 90 combat missions. Dennis Harmer served as a radio operator for over three years during the war, while the first and second officers had flown over 2,000 hours each.

To touch on some theories, one interesting idea is that STENDEC is an anagram for DECENT. This plane wasn't pressurized, so some believed that the crew might not have had their oxygen masks on properly and were disoriented. I mean, it certainly makes sense but it's a little farfetched that he would make the exact misspelling three times in a row. 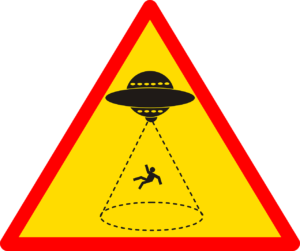 More out there theories involve none other than aliens. Some believed that the plane was whisked away or destroyed by a UFO, but that theory is less believed since the found the wreckage. It's even been used as the inspiration for a UFO magazine called -Stendek.-

Another theory is that STENDEC involves a standard Morse code message -AR- that translates to -End of Message,- so the whole thing might translate to -Attention - End - End of Message-- but that just doesn't make sense because it wasn't a common practice at the time, and it wasn't something he did at any other time during this flight.

However, after finding the wreckage a cause was determined. Back then, there were no towers to help locate an aircraft, so based on time and speed, the crew likely thought they were close to their final destination of Chile and had safely passed the Andes. Without any visibility, they couldn't truly know where they were.

So, they would have begun their descent to land and would have been caught in a lee wave-an event that occurs from a downdraft, in this case from a mountain. Because of this, even if they knew what was happening, a crash was imminent and unavoidable.

Because there are so many theories as to what STENDEC might mean, it's likely that this aviation mystery can remain unsolved indefinitely. So, do you have any theories?