Let slip the dogs of war 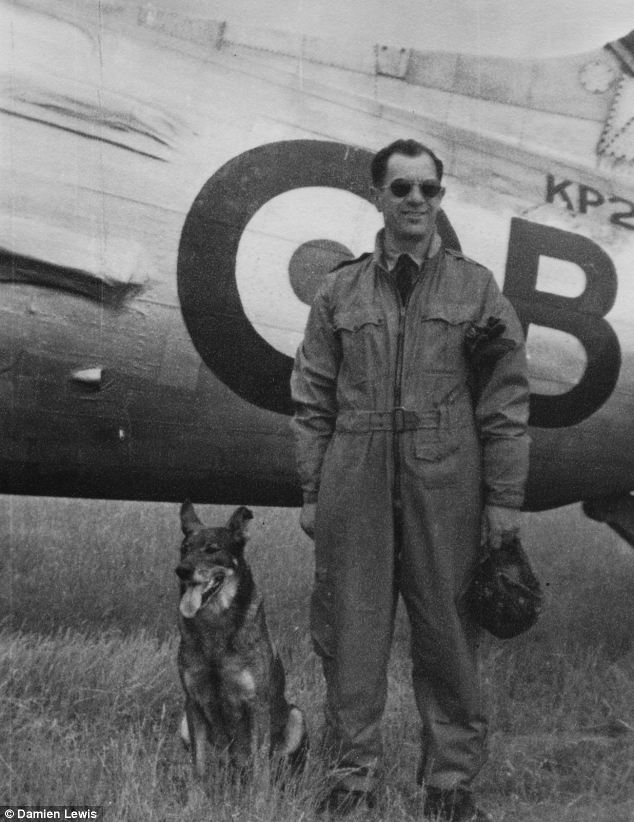 January 1940: Phoney War. Václav Robert Bozděch and Pierre Duval were on a reconnaissance mission over the German front in their twin-seater Potez 630 aircraft when they were hit by anti-aircraft fire. They crashed in no-mans land between the French and German lines. Duval was injured, and the two escaped to an abandoned farmhouse nearby. The house, however, wasn't completely abandoned: inside, Bozděch discovered a German Shepherd puppy on the kitchen floor. The Czech airman fed the dog chocolate and melted snow.

As Bozděch and Duval headed to the French lines, the dog (left in the house) could clearly be heard barking. Knowing the barking would draw the attentions of the Germans looking for their nearby crash site, they agreed that the best course of action was to kill the dog; when Bozděch returned to the house, however, instead of killing the puppy he picked him up and placed him inside his flight jacket.

A party of French troops discovered them. Duval was taken to the hospital for his injuries and Bozděch was flown back to St Dizier, his airbase with fellow Czech servicemen fighting for the French Air Force. Bozděch's fellow Czech airmen took to the puppy and named him Antis, after their favorite aircraft- Russian ANT dive-bombers.

On May 10, 1940, Antis experienced his official enrollment into military service.

During a game of football, the dog suddenly grew tense: legs stiff, hackles raised, Antis growled as he stared up at the horizon. Just moments later, the base's air-raid siren sounded and the Luftwaffe's Dornier Do-17s appeared.

Antis joined Bozděch in his Potez-63 and proved himself to be a natural flying dog; he barely flinched at the loud sounds of the engines and even slept through combat. 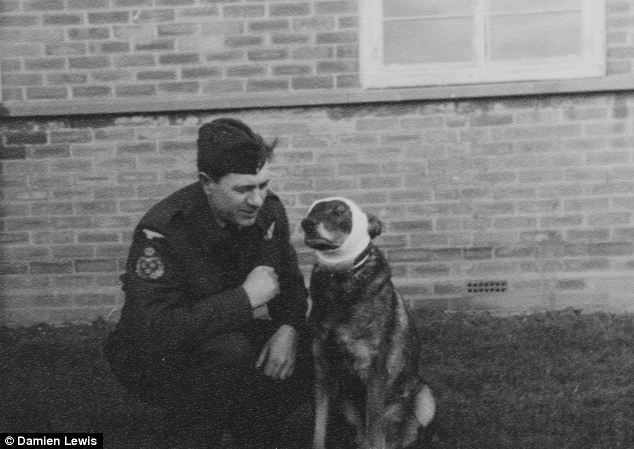 Come June 1940, the Czech airmen of French First Bomber-Reconnaissance Squadron headed to Great Britain. One night, while posted to RAF Speke in Liverpool, Bozděch and Antis were walking through the streets when suddenly Antis demonstrated his familiar signal for -danger-: stiff-bodied and staring up to the sky. Sure enough, a German raid ensued and bombs fell from the sky-Bozděch pinned the dog beneath his body and shielded him from the blasts. When the raid was over, Antis helped rescue people trapped beneath the rubble-even though at one point he needed to be rescued himself.

When it came time for the airmen to take to the skies again, his canine companion had to keep all four paws on the ground, as the rules in Britain would not allow Antis to fly with Bozděch in his bomber. While stationed at their new base, RAF East Wretham in Norfolk, Antis would remain by the runway until Bozděch returned in his Wellington, codenamed C for Cecilia.

June 1941-the 311 Squadron was assigned to Bomb the railway yard in Hamm, Germany. As usual, Antis waited on the runway for Bozděch to return-however, this time something was different. C for Cecilia didn't return. Bozděch didn't return.

At 1am, Bozděch was involved in an aerial battle over Occupied Europe. During the battle, a shard of metal punched through the Wellington's Perspex gun turret, shattering it, and lodging itself in his forehead. Luckily, Bozděch managed to land the plane safely in Norfolk. He was taken to a hospital and was expected to be there for several days.

Despite the good news at Bozděch's survival, the bad news was that no one could explain the situation to Antis (on account of the communication barrier that exists between man and dog). He couldn't be coaxed to move from his sentry; he refused all food and shelter. The 311 squadron knew that if something couldn't be done, the dog would surely die. 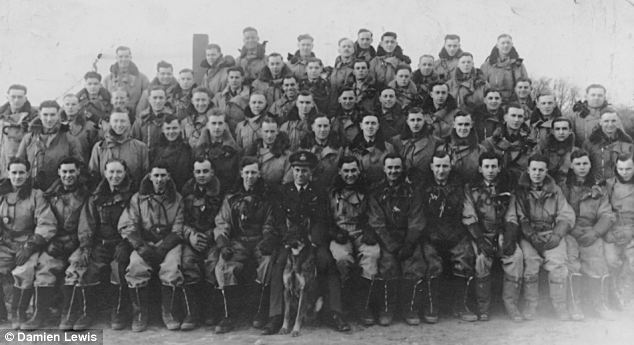 Robert Bozděch was let out of the hospital and allowed to be taken to the base to see his canine companion. Though weak, Antis managed a lick and tail wag before being carried into the waiting car. 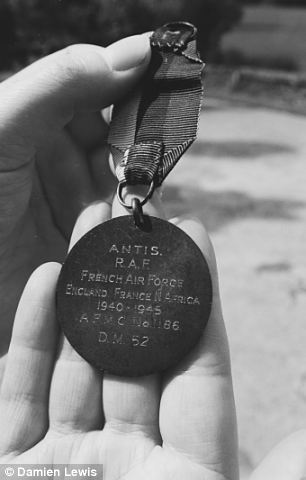 C for Cecilia took to the skies again come late June. But as the crew completed pre-flight checks, and as Bozděch prepared to take to the air, the German Shepherd mascot of 311 Squadron was nowhere to be seen-that is, until the airman was already in flight. Antis had stowed away aboard the aircraft, proving that this dedicated dog was unwilling to be left on the ground as his master took flight.

Bozděch and Antis shared oxygen for the duration of the flight, as the air was much too thin for the dog at 16,000ft.

Antis served as 311 Squadron's mascot for the duration of the war. And despite regulations, he took part in approximately 30 missions.

In 1949, he was formally recognized for his heroics in war and was awarded the Dickin medal, which acknowledges acts of bravery or devotions to duty displayed by animals serving in any theater if war throughout the world.

Robert Bozděch became a British national in 1951, and Antis stayed with him until his death in 1953, at the age of 14. Antis was buried at the Ilford Animal Cemetery in Ilford, London, England. Václav Robert Bozděch died February 27, 1980. In 1989, he was posthumously promoted to the rank of Colonel.

This recount of Robert Bozděch and Antis's story is based off Damien Lewis's creative non-fiction book War Dog: The No-man's Land Puppy Who Took to the Skies, which complements Robert Bozděch's original unpublished manuscript.


*All photos belong to Damien Lewis