Imagine soaring through our skies, powered entirely by the rays of the sun. Seems pretty incredible, doesn't it? Well, it is actually happening, the Solar Impulse project is pioneering efficiency and clean, powered flight. Solar Impulse 2, the current plane in service is gunning to set the record as the first plane to circumnavigate the planet only using energy collected from the sun. At the time of this writing, Solar Impulse 2 is waiting for clear conditions to make its final leg of the flight to Abu Dhabi.

The Power of the Sun

Traveling 35,000 km with only the sun to power flight is no small feat. To be able to successfully complete this adventure, the journey would need to be split up into segments, and the plane would not only need to run on solar energy, but it would also need to collect enough energy to carry the plane through nighttime flights and less than ideal sun conditions.
Covered with over 17,000 solar cells, this plane is ready to soak up the sun, and with four batteries, and four propellers, it can store all that electricity and convert it to kinetic energy with ease.

The feat of building Solar Impulse 2 was no small one, literally. Building a plane roughly the size of a 747 but with the weight of a car was considered impossible by many in the aviation field, but the team knew it had to be done to achieve their goal. With that in mind, they had to work with partners who had faith in their vision, and the ability to take technology to the next level. 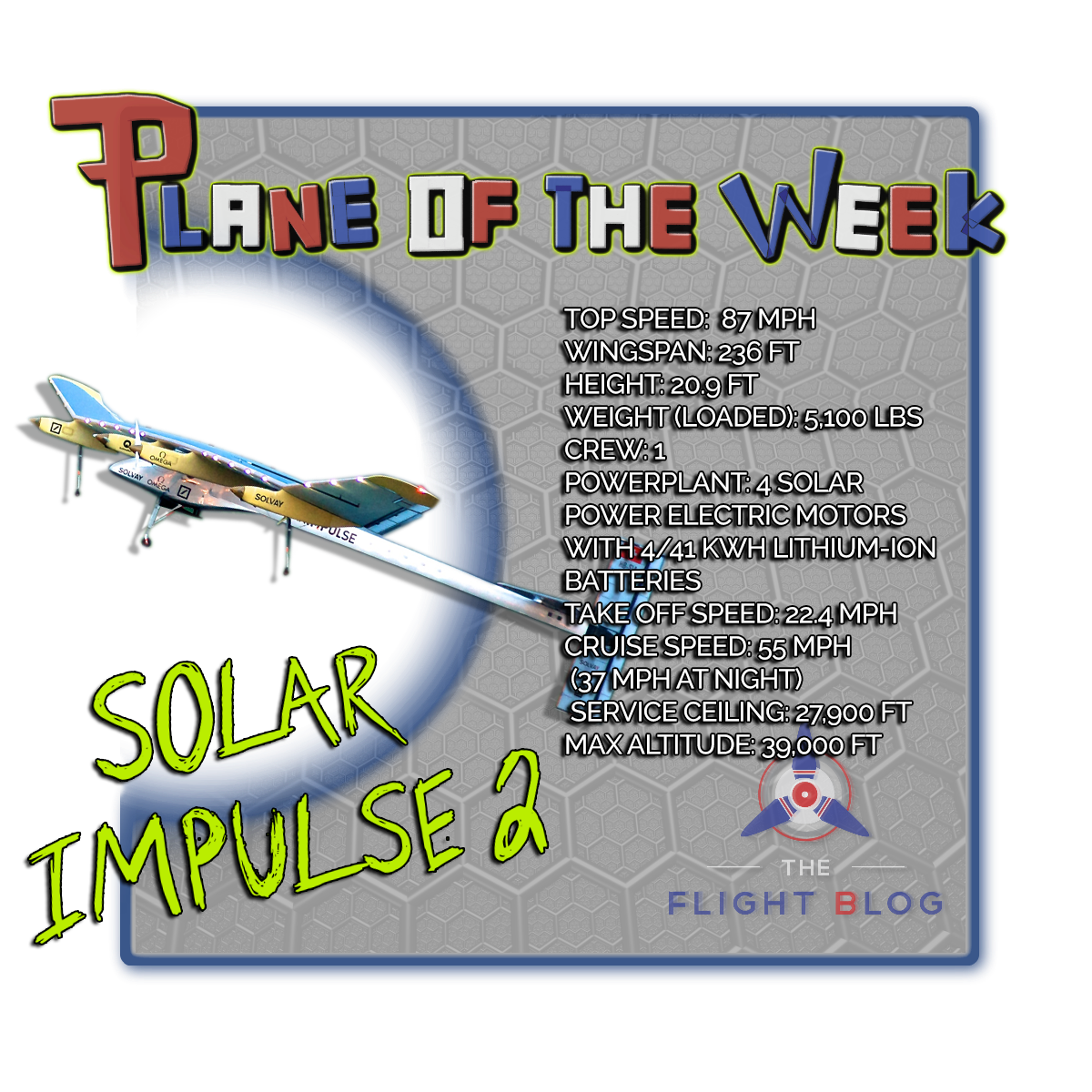 is a medical doctor and explorer who was the first person to fly non-stop around the world in a balloon. Aviation accomplishments are in his blood.
Andre Borchberg, an engineer who graduated from MIT has valuable experience in both creating companies and flying. Using this combined experience, he both manages the project in its entirety as well as sits as the head of the technical team.

With the talents of these two men, and their team of innovative minds, Solar impulse has come to fruition and is well on its way to completing its main objective.