Based on the Waco 9, the Waco 10 was designed to make something that was already good, bigger.

Both had three seats and a single engine, but a larger wing area, bigger cockpit, and additional features made this model even more popular that the last.


Just like the Waco 9, the Waco 10 was built around a steel-tube frame. With a fabric wing covering, strut-linked ailerons were attached to both the upper and lower planes, and side-by-side passenger seats were positioned in front of the pilot's cockpit.

Hydraulic shock absorbers were located on the main undercarriage, which was uncommon for a light aircraft in the 1920s. During a flight, pilots could trim both the fins to offset engine torque and the tailplane.

Pilots learned that the Waco 10 had excellent handling and they were used for barnstorming and joyriding. Some were even used as trainer aircraft and for smaller charter flights. 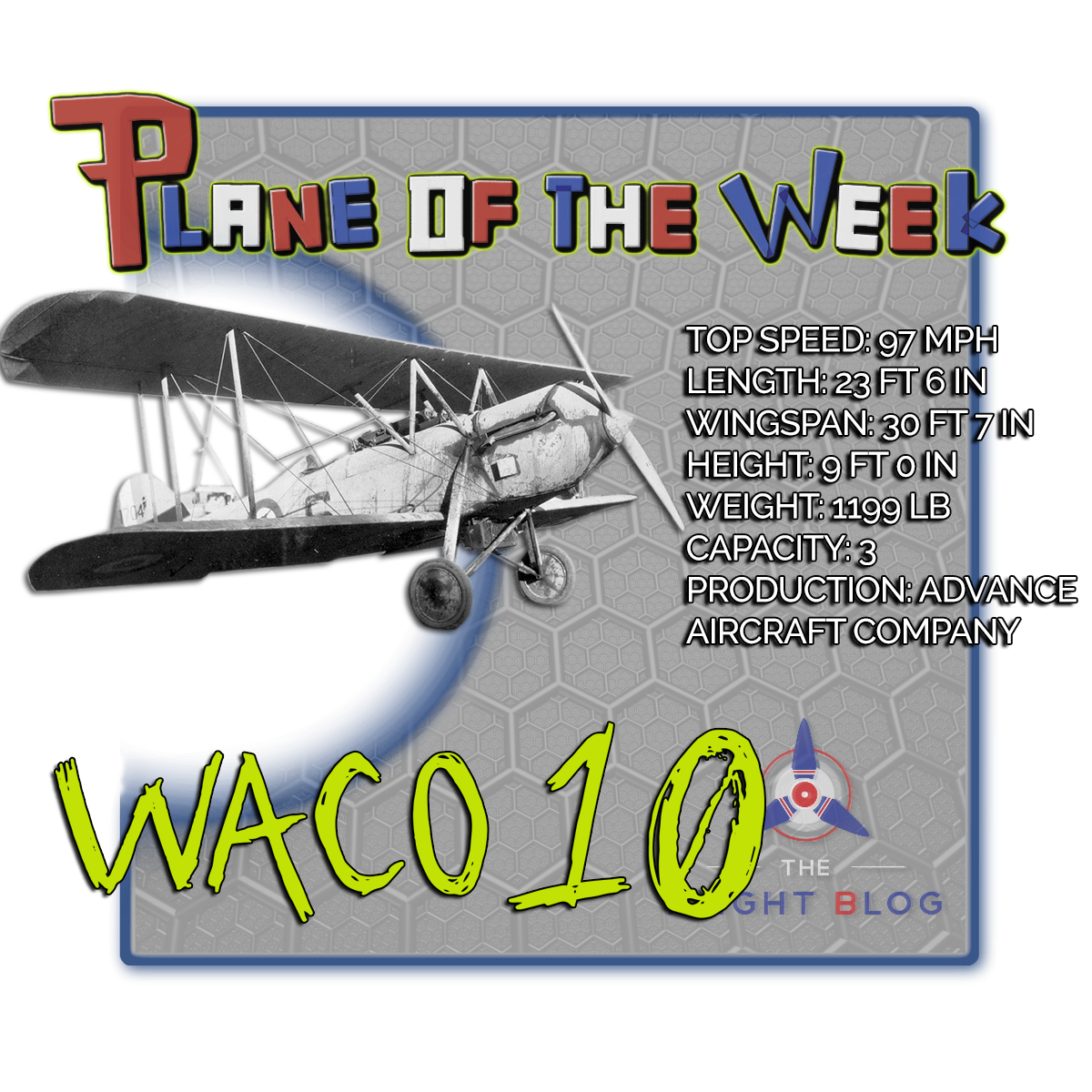 The Waco 10 was designed by Charles Meyers and it first flew in 1927. There were 1,623 built between 1927 and 1933 with a unit cost of just over $2,100. That cost didn't include the engine and propeller, but a ready supply of war-surplus Curtiss engines were used to power the plane.

The planes were initially powered by Curtiss OX-5 water-cooled 90° V-8 engines, but they were fitted with a variety of engines throughout production.


George 'Buck' Weaver registered the Weaver Aircraft Company with six others in 1919. When they began work on their first two-seat parasol monoplane, they shortened their company name to Waco (initials of Weaver Aircraft Company). They became known for producing open-cockpit and cabin planes that could be used in different applications.

In 1923, Waco reorganized and took on the name Advance Aircraft Company. It was under this name that they produced the Waco 10. Though they changed their name, their planes were still referred to as -Waco- planes.

The Waco 10 was a great development from the company, and it became the most popular aircraft in the U.S. soon after its introduction. In fact, more than 20% of the aircraft sold in the U.S. were Waco planes by 1927.

They renamed their company again sometime between 1928 and 1929. This time, they were named -The Waco Aircraft Company,- and they remained that until they stopped producing aircraft in 1946 after an aviation boom failed to develop after WWII.