The stockings were hung by the chimney with care, in the hopes that Saint Nick soon would be there… in his totally incredible flying machine!!! Powered by the tug of nine magic reindeer, one with a shiny red nose.

Coated In pearlescent red high-gloss special edition paint, Santa’s sleigh is sure to turn heads while traveling at the requisite—and blistering —speed of 650 miles per second. With speeds like this, you may be wondering what the secret is behind this feat of engineering. 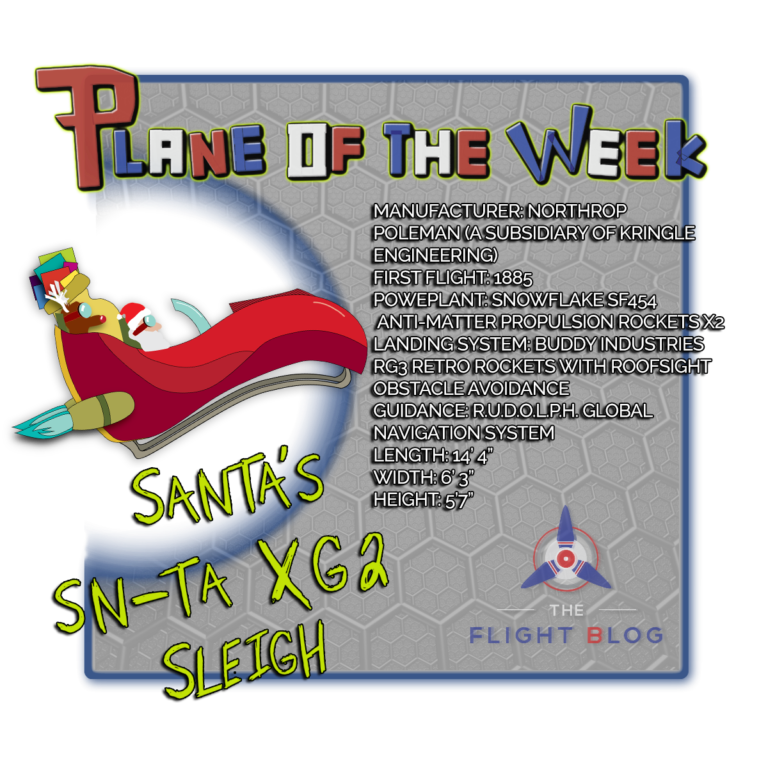 To achieve the feat of delivering presents to all the children of the world in a single night, Santa must travel at incredible speeds. To make that possible, Santa’s team of elf engineers have developed a cutting edge Anti-Matter propulsion engine; two of them actually are outfitted on the sleigh and it is a little known fact that the nine reindeer are used merely for low speed propulsion, anything beyond 50 mph is handled by the twin anti-matter rockets.

A lightning fast sleigh is great and all, but without a means of navigating this planet, the speed to visit every child in the world is useless. With that in mind, old Saint Nick had a custom GPS capable of storing and mapping the millions of predetermined stops installed in his sleigh. With technology even Google would die for, Santa is able to make his rounds and put a smile on every good girl and boy’s face.

As you may have heard, Santa likes to swoop in from above, landing on roofs and squeezing down the chimneys of unsuspecting children, undetected, but how does he land such an incredible machine with military precision? Using the state-of-the art obstacle avoidance sensors you may have seen on drones (Santa’s licensed this tech to the drone companies.) in concert with directional retro-rockets, Santa is able to seamlessly transition from forward flight to vertical landing with very little effort. Where else do you think Hawker Siddeley got the inspiration for the first Harrier Jump Jet?

This one may be the most baffling. How does a sleigh, roughly the size of an SUV carry all those gifts for the world’s children? Well this one hasn’t been fully disclosed to the governments of the world, but Santa experts speculate that the North Pole is using some form of matter deconstruction unit that allows the jolly guy and his team to deconstruct the gifts at a molecular level which allows them to be packed into a much denser molecular configuration. Opponents of this theory postulate that rather than molecular deconstruction, Santa is actually using a system of portals between the sleigh and the north pole allowing him to warehouse the good at home base where they can be later pulled up on site. Regardless of which theory is correct, an extensive and impressive cataloging system must be in place to be able to swiftly find gifts for each stop. Kudos to the team at the North Pole for making it happen.

So as you can see, though it may seem that Santa may be flying around in an ordinary magic sleigh, this is no ordinary sleigh. The SN-TA XG2 Sleigh is a marvel of elf ingenuity, a remarkable piece of tech indeed.