Designed by Burt Rutan, the Rutan Model 202 Boomerang's appearance is downright unforgettable. But why the unique design?

There's a reason behind every rhyme.


The Boomerang was modeled after one of the most well-known twin-engine civilian aircrafts: the Beechcraft Baron 58. The plane made its debut at the 1996 Oshkosh, Wisconsin AirVenture.

Designer Burt Rutan was an American aerospace engineer who created the Voyager-the first aircraft to fly around the world without stopping or refueling.

A lot-if not most-of the design elements of the Rutan Model 202 Boomerang confused people. It features a small boom to the left of a fuselage, a second engine behind the first engine, which is featured on the fuselage nose, disproportionate wings (one nearly 5 feet shorter than the other), and an oddly designed horizontal stabilizer.

Check out Rutan's Voyager in this featured Plane of the Week!

Because of these design features, the plane can fly faster than most twin-engine planes of its size, with little use of the rudder pedals-something unusual for twin-engine aircraft.


This aircraft has proven to outperform other twin-engine aircrafts when one of the two engines quit.

Something extra special about this unique design is the effect it has on the aircraft's safety.

One key element of twin-engine aircraft lies in its stall speed. This is the speed that the aircraft must be traveling above in order for the pilot to avoid any danger when one of the engines goes out. This speed is determined in the testing phase of an aircraft. 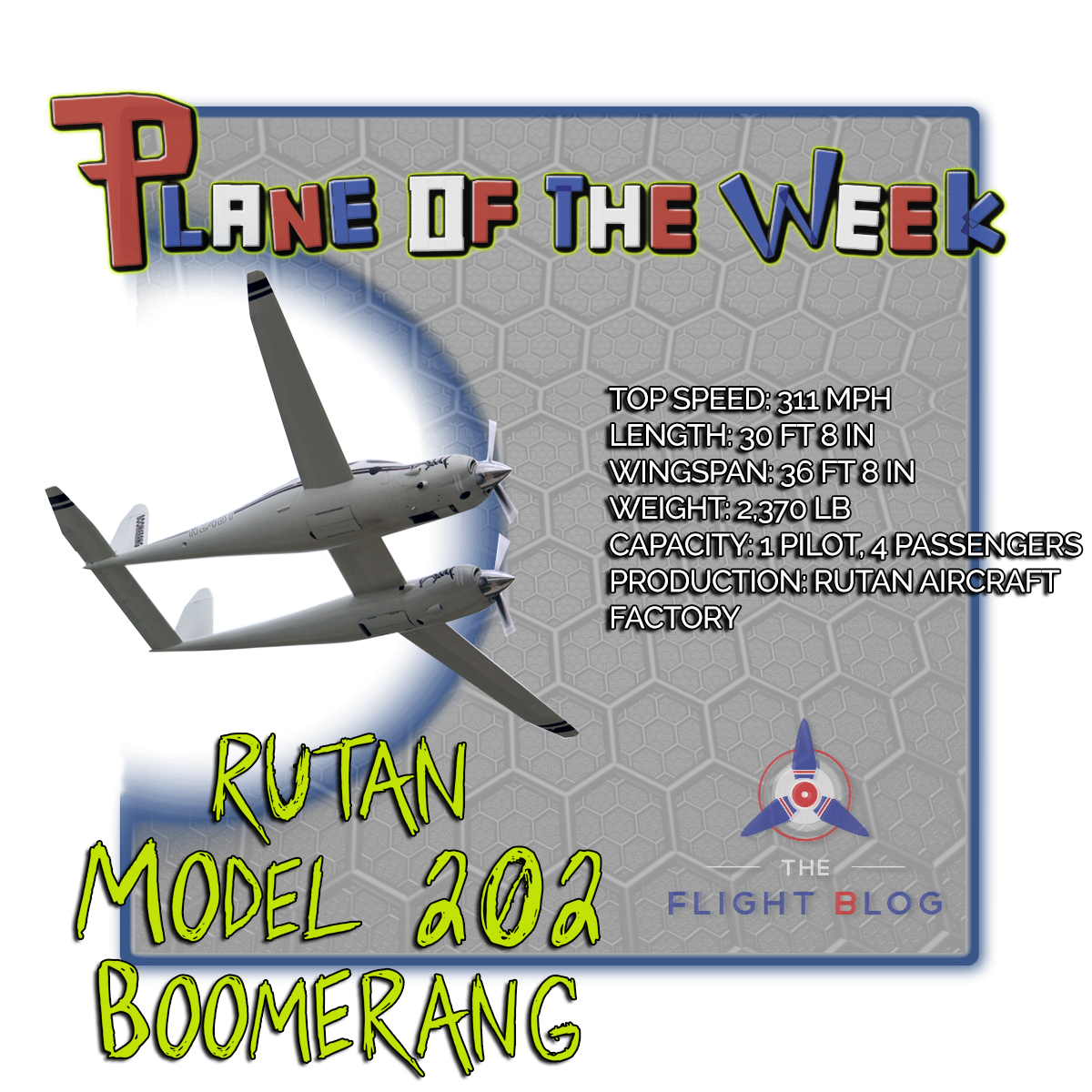 This is typically difficult to do-keep the engine above the stall speed-in a typical twin-engine plane. This is where the Boomerang's design comes into play.

Because of the extreme drag created on the side where an engine goes dead, paired with the thrust of the working engine side, pilots typically have to be very skilled and highly trained to fly a twin-engine aircraft.

While this is still the case with the Boomerang, all of the strange stylistic elements work together to help alleviate some of these drastic side effects of one ending dying. The asymmetry of this aircraft works to offset the asymmetry created when an engine dies.

While the Boomerang never saw production, Burt Rutan is widely recognized and has received awards for his innovations in aviation.