Let's just face the facts: this thing is flat-out strange. Likely one of the only asymmetric aircraft in all of human history, what's truly strange about the BV 141 is that it actually flew-and it flew pretty well!

The BV 141 was actually intended to be a tactical reconnaissance aircraft to be used to combat the Allied powers in World War II. Nazi Germany's Ministry of Aviation-more commonly (kidding) referred to as the Reichsluftfarhtministerium (not kidding)-desired to design a plane that had an exceptional field-of-view: one that spanned far beyond the small windows of other common reconnaissance aircraft designs. 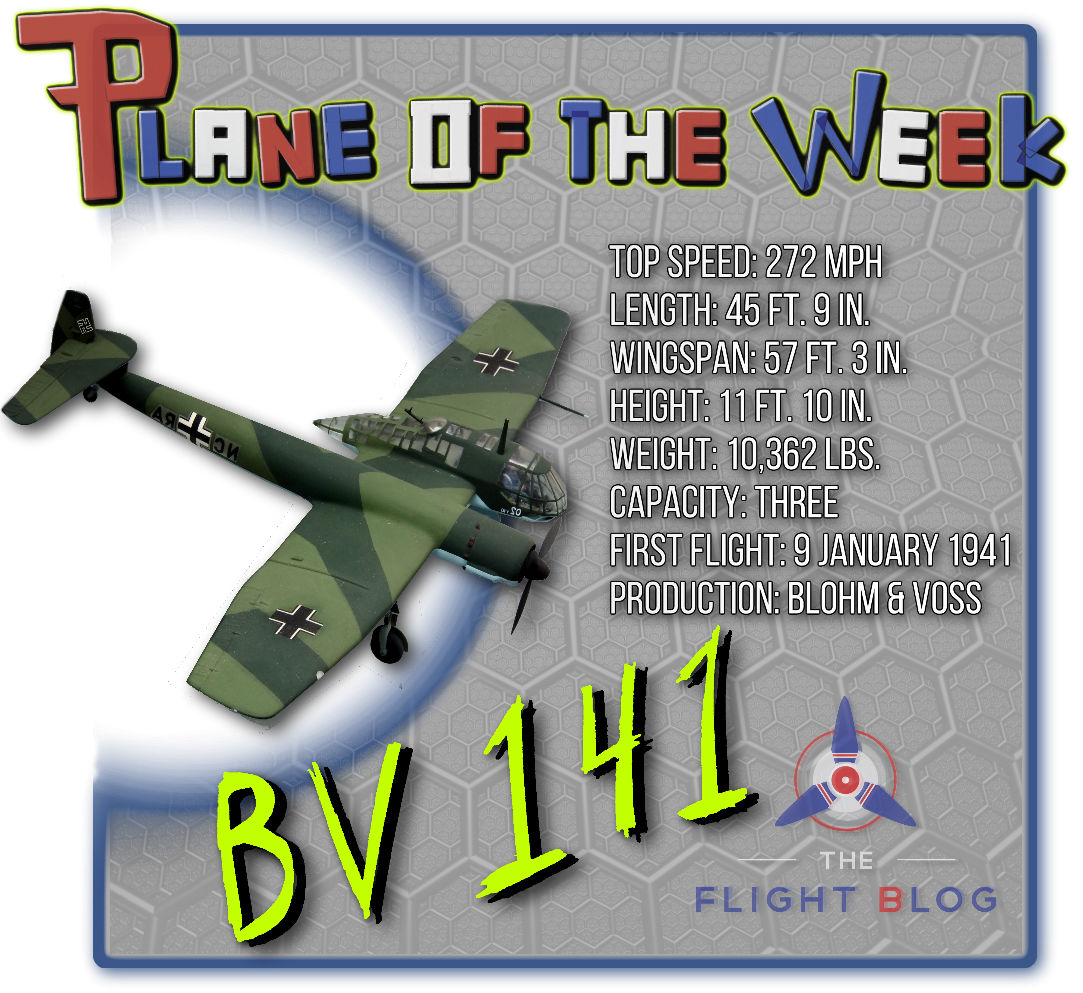 In an unbelievable feat of modern engineering, the Germans managed to design a craft that was capable of holding a crew of three in the cockpit, which sat a good meter or two away from the engine and propeller-giving it a rather unwieldy appearance. Somehow, this plane performed very well in early testing after several prototypes were built upon; Nazi Germany likely produced up to 28 of these funny-looking aircraft, yet not one of which has survived.

The BV 141 gets its name from its manufacturer, Blohm & Voss. Designed by Richard Vogt and funded further by Ernst Udet, the BV 141 quickly became appreciated for its ability to drastically improve the rear-gunner's visibility.

Still, the BV 141 lacked a proper engine-even though the aircraft had dramatically surpassed the many other performance standards set forth by the German Ministry of Aviation. Shortly thereafter, twelve BV 141's were produced with a far more powerful BMW 801 engine (yep, that BMW) and it had deemed by-and-large a near-perfect aircraft in terms of design and performance. Nevertheless, manufacturing of another plane, the Focke-Wulf Fw 189, had already begun, and all the BMW 801 engines were being used for that purpose. The BV 141 was cast aside.

At any rate-while the slightest variable could've changed the outcome of the Great War-the modern world should be quite glad that the majority of the BV 141's that the Allied soldiers encountered were already non-operational.