What makes a plane a plane is the fact that it can fly. It needs to be piloted by someone, but that someone can be piloting the plane remotely. That's the case with this week's Plane of the Week: the MQ-1 Predator.


The MQ-1 Predator was designed in the 1990s with its first flight taking place in July of 1994. Primarily used by the US Air Force and CIA, it's equipped with a camera and other sensors and is used for both aerial reconnaissance missions and intelligence collection.

In the early '80s, the CIA and Pentagon began testing UAVs for missions, and they soon wanted to create something that was quieter during flight. General Atomics was awarded a contract for Predator development in January of 1994, and the aircraft were deployed the following year. 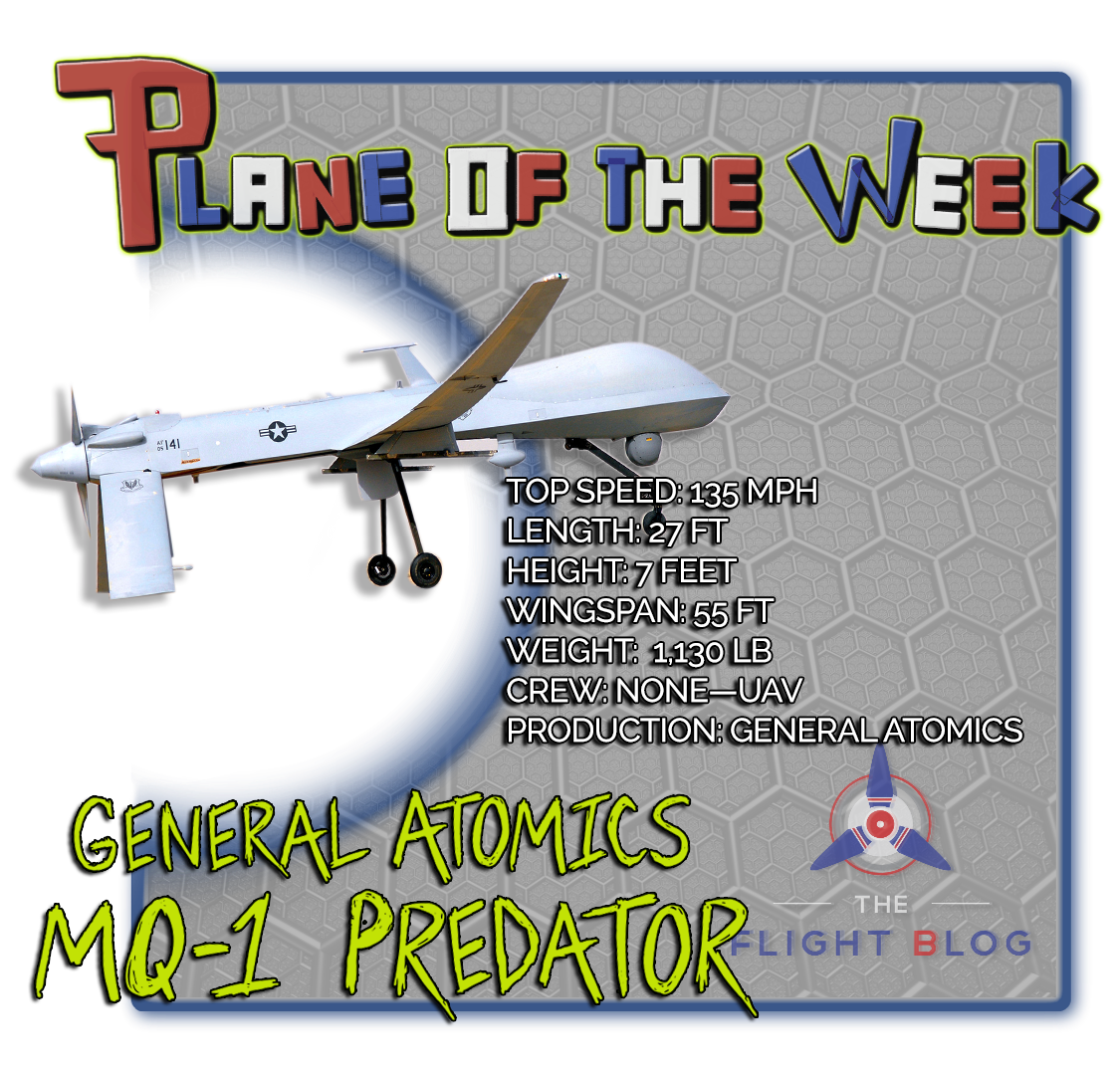 These aircraft feature weaponry as well, making them unique in their ability to perform multiple tasks. A rated pilot controls the aircraft alongside a crew member who monitors and operates the sensors and weapons, plus a mission coordinator if required.

Initially, they were called the "RQ-1 Predator." The "R" designates it as a reconnaissance aircraft with the Department of Defense while the "Q" designates it as a remotely piloted aircraft. The "1" means it is the first in a series of remotely piloted aircraft systems. In 2002, the name changed to "MQ-1" because of the addition of Hellfire missiles. Other updates to this aircraft include an APX-100 IFF/SIF with Mode 4, ARC-210 radio, braided steel hoses, improved engine blocks, notched tails, split engine cowlings, and upgraded turbocharged engine.

They have an antenna that sends line-of-sight communications for both takeoff and landing. As long as there is a clear line-of-sight to the ground data terminal antenna, a Predator is able to operate on a 5,000 by 75-foot, hard-surface runway.

These remotely-piloted aircraft can be deployed or disassembled for travel. They are capable of performing 24-hour missions with loitering capabilities of over 14 hours. Featuring a Rotax engine, they are driven by a propeller and can perform multiple missions and tasks including close air support, combat search and rescue, precision strike, reconnaissance, route clearance, surveillance, and more.

Predators served in the U.S. Afghan campaign in 2001 with the Air Force operating 60 of them, losing 20 in action.

Today, the Predator continues to serve in armed intelligence, surveillance, and reconnaissance missions overseas with the U.S. Air Force.