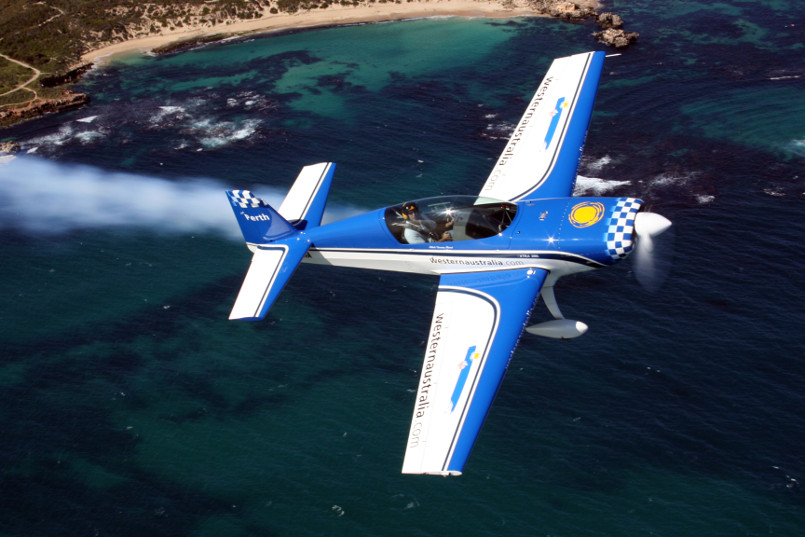 The Extra EA-300 is an aerobatic monoplane made of an aluminum and fabric covered steel fuselage. It is powered by the Lycoming o-540-L1B5, and American made six-cylinder horizontally opposed engine that produces roughly 300 horsepower. the Extra EA-300, Two seat model took off on it's maiden flight on May 6th, 1988 and on May 16th, 1990 it received it a German Type Certification.

In addition to the EA-300, there are several other variants of this plane, Probably most notably, the 300s which is the single seat version. Other variants include:

Be sure to check back every Friday for our featured Plane of the Week!