If my five-year-old self could've designed an airplane, it may have looked a lot like Alexander Lippisch's Aerodyne.

Lippisch-for the uninitiated-was a German engineer who was fundamental to the modern aircraft designs we see in use today. Lippisch was a phenomenal inventor and an incredible engineer. His most popular craft is the Messerschmitt Me 163 Komet: the first and only rocket-powered fighter craft to have flown successfully. In 1944, the Komet broke the airspeed record by a great deal-the stocky but powerful craft flew upwards of 700 mph.

Still, while the Messerschmitt was arguably his most successful, Lippisch's Aerodyne is truly one of the most bizarre yet intriguing designs we've ever seen in aviation history. Referred to sometimes as "the wingless plane," the Aerodyne was built in a hollow, cylindrical shape which was theorized to permit the craft to reach supersonic speeds. 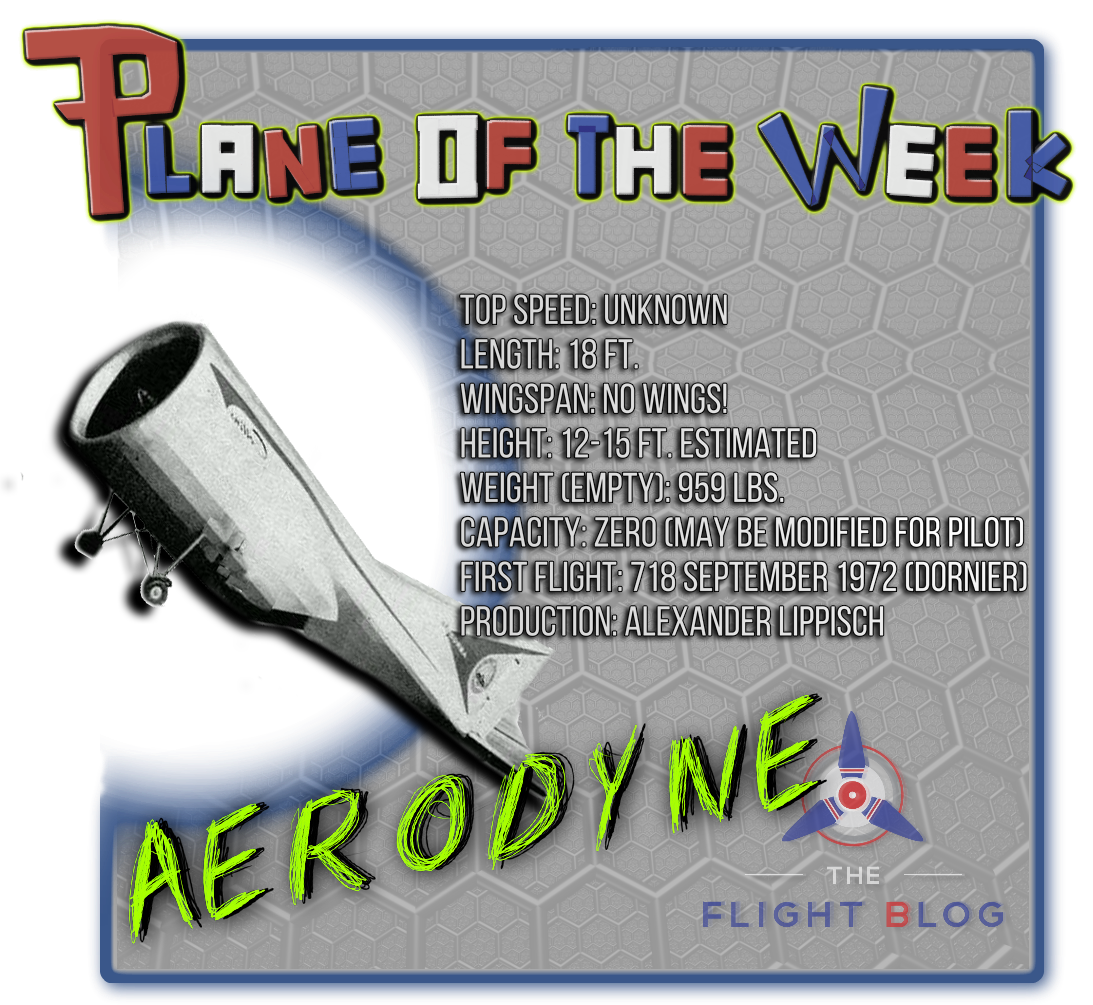 Lippisch's Aerodyne consisted of an engine within a ducted shroud that exhausted through a pair of vectored cascades that provided both the propulsive lift when in VTOL mode and then shifted via a series of vanes to provide forward thrust while retaining enough of a downward thrust component to stay airborne without the use of wings. A conventional tail unit provided directional control while in forward flight. - JP Santiago of Tails Through Time


In short, the design was revolutionary. Lippisch was diagnosed with cancer while he continued work on the Aerodyne, but he never managed to finish it. However, once Lippisch had recovered, the ideas that the Aerodyne inspired were endless. Rumor has it that the Aerodyne may have taken flight-it was even intended to be flown unmanned. Still, the only evidence for putting the craft to the test was found in NASA's wind tunnel. The craft, it seemed, was fully operational.

Interestingly, Lippisch's design went on to inspire the creation of another VTOL aircraft. Lippisch joined the Dornier Flugzeugwerke team and began work on the Dornier Aerodyne. Borrowing all of the concepts from his original design, Lippisch was able to witness his aircraft successfully achieve flight in 1972.

While the design never became popular, the mere fact that Lippisch was capable of designing a wingless VTOL craft and actually get it to fly is a remarkable achievement.