Not your average flying fish 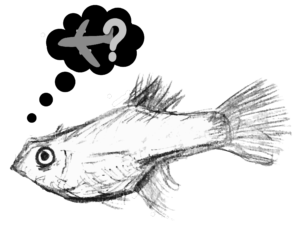 A large, wide-bodied cargo aircraft, the Super Guppy refers to either of two variants: the first Super Guppy (SG), or the second "Super Guppy Turbine" (SGT).  The aircraft was a successor to the Pregnant Guppy which got its name from its resemblance to (surprise, surprise) a pregnant guppy.

Much like Frankenstein's monster, the Super Guppy rose out of a fusion mishmashed parts from various planes, plus some custom bits to hold it all together.

The SG was built from the modified fuselage of a C-97J Turbo Stratocruiser (the fuselage was lengthened and "ballooned"). Besides the fuselage modifications, the SG used Pratt & Whitney T-34-P-7 turboprop engines for increased power and range, and modified wing and tail surfaces.

The second variant used Allison 501-D22c turboprop engines and the main portion of the fuselage was made from scratch (unlike the modified Stratocruiser of its predecessor). By not relying on modification alone, Aero Spacelines was able to further widen the cargo compartment, as well as lengthen it. The improvements allowed SGT to transport more cargo than earlier versions.

Dawn of the Guppy spawn

Once upon a time in 1960, aircraft salesman Lee Mansdorf and his friend Jack Conroy  conceived the "Guppy" concept as "an opportunity to provide logistical support to America's fledgling space program--even though NASA wasn't looking for help." But just because someone isn't actively looking for help, it doesn't mean that they can't actually use some help... They believed that they could provide a solution to shipping spacecraft components via aircraft; the problem with planes at this time was that while they could carry the necessary weight, none were large enough to accommodate the girth of the loads.

Without any interest from NASA, Mansdorf and Conroy  Frankensteined their first example, the Pregnant Guppy, which they fashioned out of donor  parts. Thankfully for them, "NASA insider" Wernher von Braun championed the idea and helped get the ball rolling on subsequent Guppies (you might recognize von Braun as the German aersospace engineer credited with inventing the V-2 Rocket for Germany during WWII...post-war, he was moved to the US with other scientists as a part of Operation Paperclip).

Once Aero Spacelines had commitment from NASA, and with the success of the Pregnant Guppy, they began to work on a larger modification: the  Super Guppy.

Changes from the Pregnant Guppy to the Super Guppy include an 11,000 pound increase in cargo capacity; a pressurized cockpit to allow for higher altitude operations (so it could fly  above bad weather); and a hinged nose section that could rotate to provide access to the cargo area (rather than the removable tail on the pregnant version). Following some necessary repairs and design modifications, the Super Guppy began flying critical cargo for NASA. 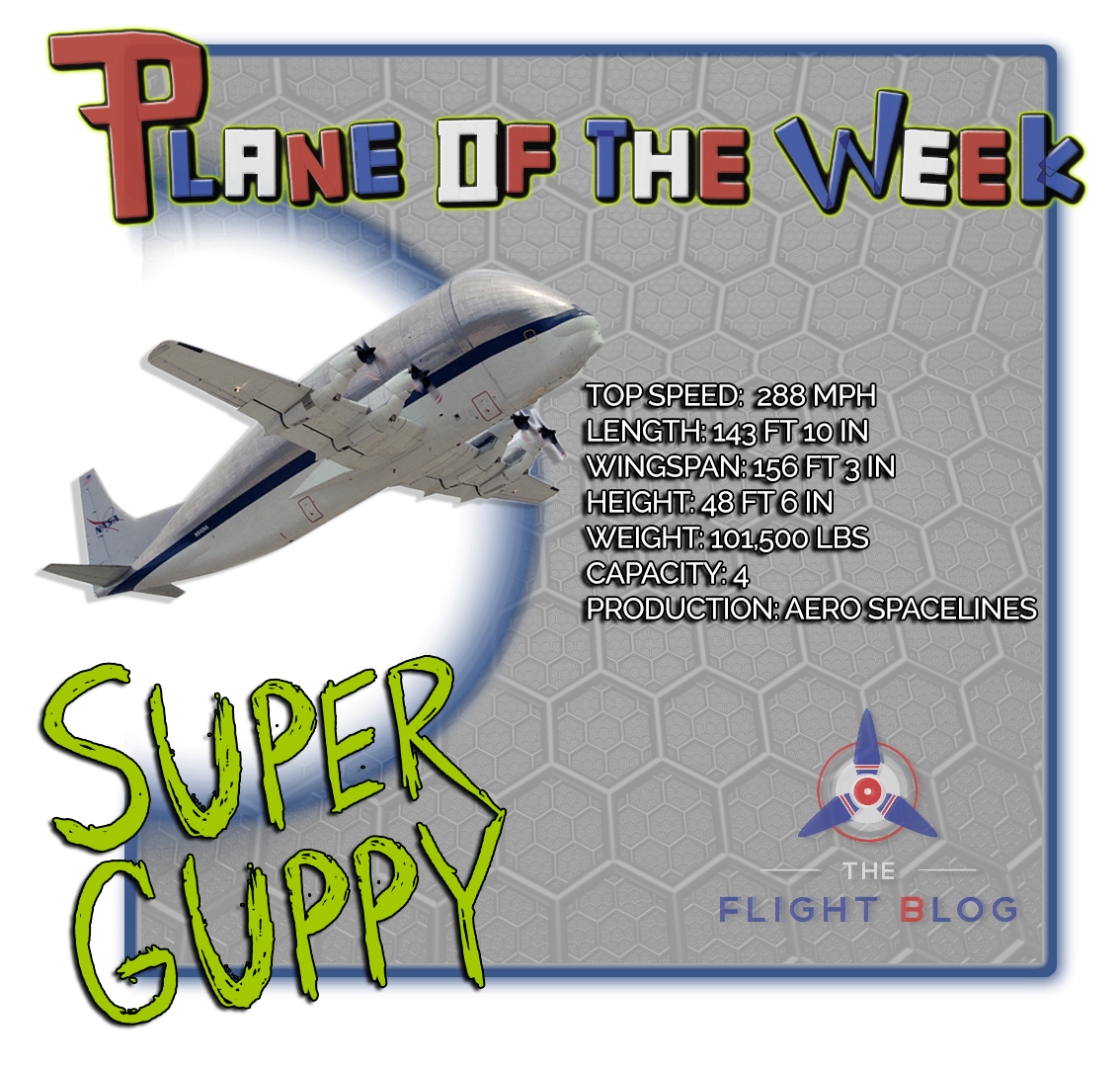 Airbus purchased the two existing Super Guppy Turbine aircraft in the 1970s, and by 1980, two more were delivered. All four were used to transport airplane parts to manufacturing facilities throughout Europe until the mid-1990s (Airbus replaced them with their own Beluga). In 1997, NASA made a deal to bring the youngest aircraft to the US to move parts for the International Space Station (ISS) Program.

NASA's current model is one of the Super Guppy Turbines. It has the nose, tail, and wings of the Stratocruiser, but the nosewheel assembly is from a Boeing 707. The turboprop engines and cowlings come from Lockheed's P-3 Orion (a 4-engine anti-submarine aircraft), while the propellers are from Lockheed's C-130 Hercules cargo plane.

Despite the ISS program being completed, NASA still uses the Super Guppy to haul large cargo, and they don't intend on retiring the plane any time soon.


The Super Guppy Turbine was most recently featured on the opening day of EEA AirVenture 2016 (-The World's Greatest Aviation Celebration-) in Oshkosh, Wisconsin (alongside Airbus E-Fan and a Third Eye Blind concert).

For more information on this aircraft, check out allaboutguppys.com.