Our plane of the week today features the winner of our #AOOFlightClub, a Nanchang CJ-6A. This round of the fight was tough and we had some great submissions from people around the country, but the Nanchang CJ-6A came out on top!

This aircraft is indigenous to China, and its owner flies it in airshows. Learn more about the aircraft history and this aircraft's owner below!

The CJ-6 was designed and built in China as a basic trainer to replace the CJ-5. Pilot training became more advanced and the need for a tricycle landing gear meant they needed a new training aircraft to work with. All of this played a part in inspiring the design and production of the CJ-6, which was introduced in 1960.

While it is sometimes believed to be a Yak 18A, this is a mistake and the CJ-6 is an original design entirely. Over 2,000 were manufactured at the Nanchang Aircraft Manufacturing factory for the Chinese military and other air forces. 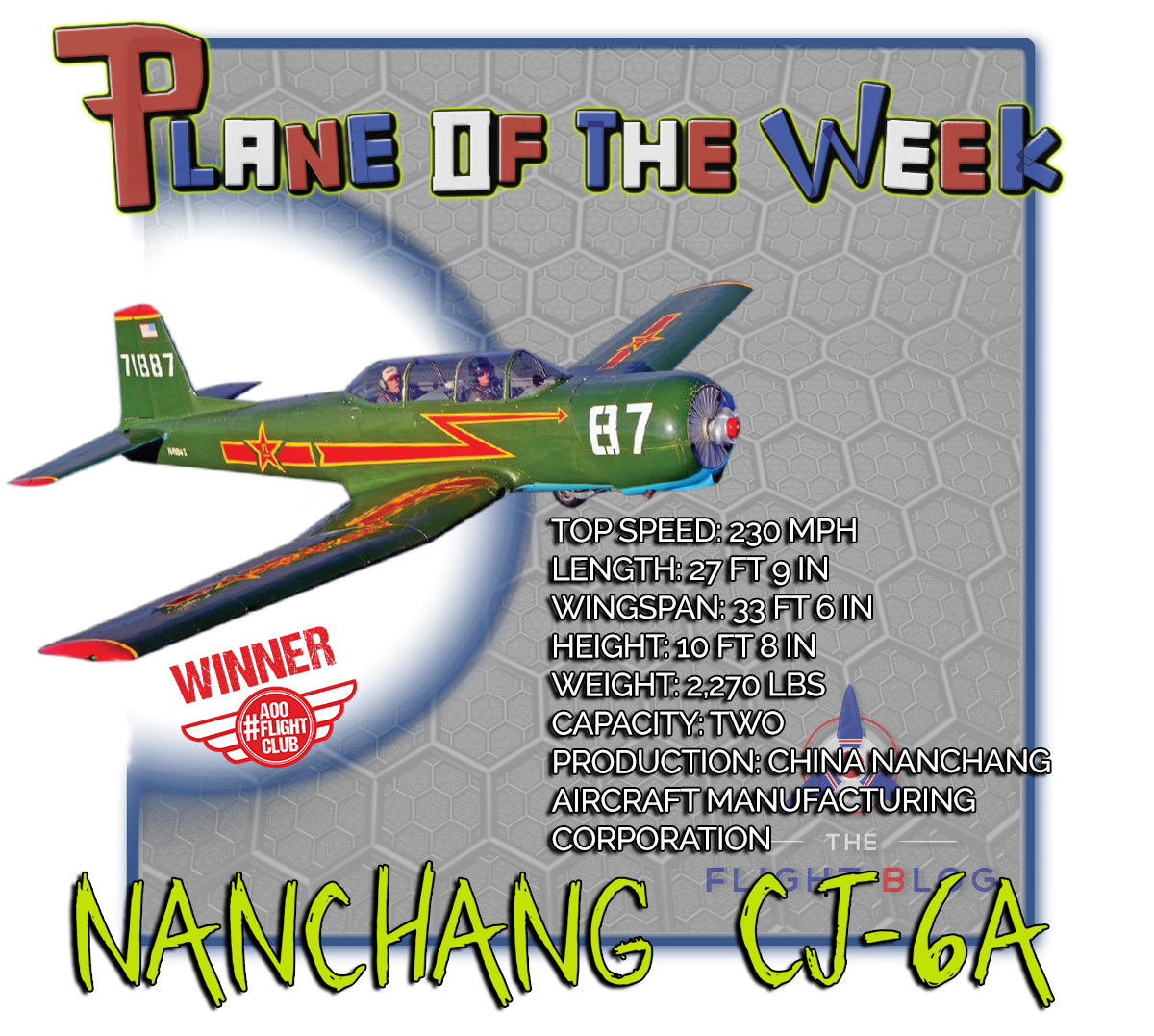 It took over four years to develop this aircraft, of which over 10,000 types are believed to have been produced. All parts of the CJ-6A were manufactured in China. The designers of this aircraft were Lin Jiahua, Xu Xunshou, and Zhiqian Huang, all established aircraft designers.

Their design for the NJ-6 included features such as an aluminum fuselage with a semi-monocoque design and a modified Clark airfoil wing design, which is the distinguishing characteristic between it and the YAK-18A. The original engine was an Housai HS-6 engine, but that was upgraded in 1965 to the redesigned HS-6A engine, which led to this aircraft being designated the CJ-6A.


This plane came out on top in a recent round of the #AOOFlightClub. The owner of this plane, Matt Lazar, started flying when he was on active duty in the US Army. He continues to serve in the military in the Army Reserve as a Colonel.

Matt holds numerous FAA certifications, is a commercial pilot and is an instrument flight instructor. With over 2,100 hours of flying GA aircraft, Matt has flown the Nanchang CJ-6A several years and is a member of the RedStar Pilots Association.

We asked Matt a little more about his experience and CJ-6A, and here's what he had to say:

I originally wanted an RV-8 but my Army buddy, Chris Koc, talked me into buying the Nanchang as a partnership in 2012. We bought the plane from a private owner in Pensacola Florida. Shortly after, I joined the Red Star Pilots Association to learn precision formation flying. After a couple of years, I earned my -Wing- card, which enables formation flying in the air show environment. I'm now a flight lead and fly air show and fly overs for fun.

Last year I flew as a member of the Affordable Warbirds fly over team. We enjoy flying venues such as the opening Clemson football game and concerts in Greenville, SC. I also flew with Red Thunder last year for the Wings over Monroe Air Show in North Carolina.

The plane is a pleasure to fly and makes a great formation platform. As an A&P mechanic, I've also found that it is fairly easy to work on and parts are not hard to source.

Think your plane has what it takes to make it in the #AOOFlightClub? Sign up for our Aviation Oil Outlet newsletter here so you know when we open submissions for the next round!