Airship or airplane? This one is a bit of both. Lockheed Martin took inspiration from both forms of aircraft when they designed their P-791. This aircraft is supported by both aerostatic and aerodynamic lift. Aerostatic lift is lift that is generated from the buoyancy of air surrounding the craft, like in a balloon or blimp. Aerodynamic lift, on the other hand, is lift generated by a fluid (air) flowing past a surface (wings), which generates upward force, in turn keeping the craft airborne. The combination of aerostatic and aerodynamic lift is an attempt to benefit from both the high speed of aerodynamic craft and the lifting capacity of aerostatic craft.

The P-791 was initially developed by the military as a part of it LEMV program which stands for Long Endurance Multi-Intelligence Vehicle. After losing to it's  competitor, the Northrop Grumman HAV-3, the P-791 was re-imagined as a civilian cargo aircraft and branded as "Airtug". 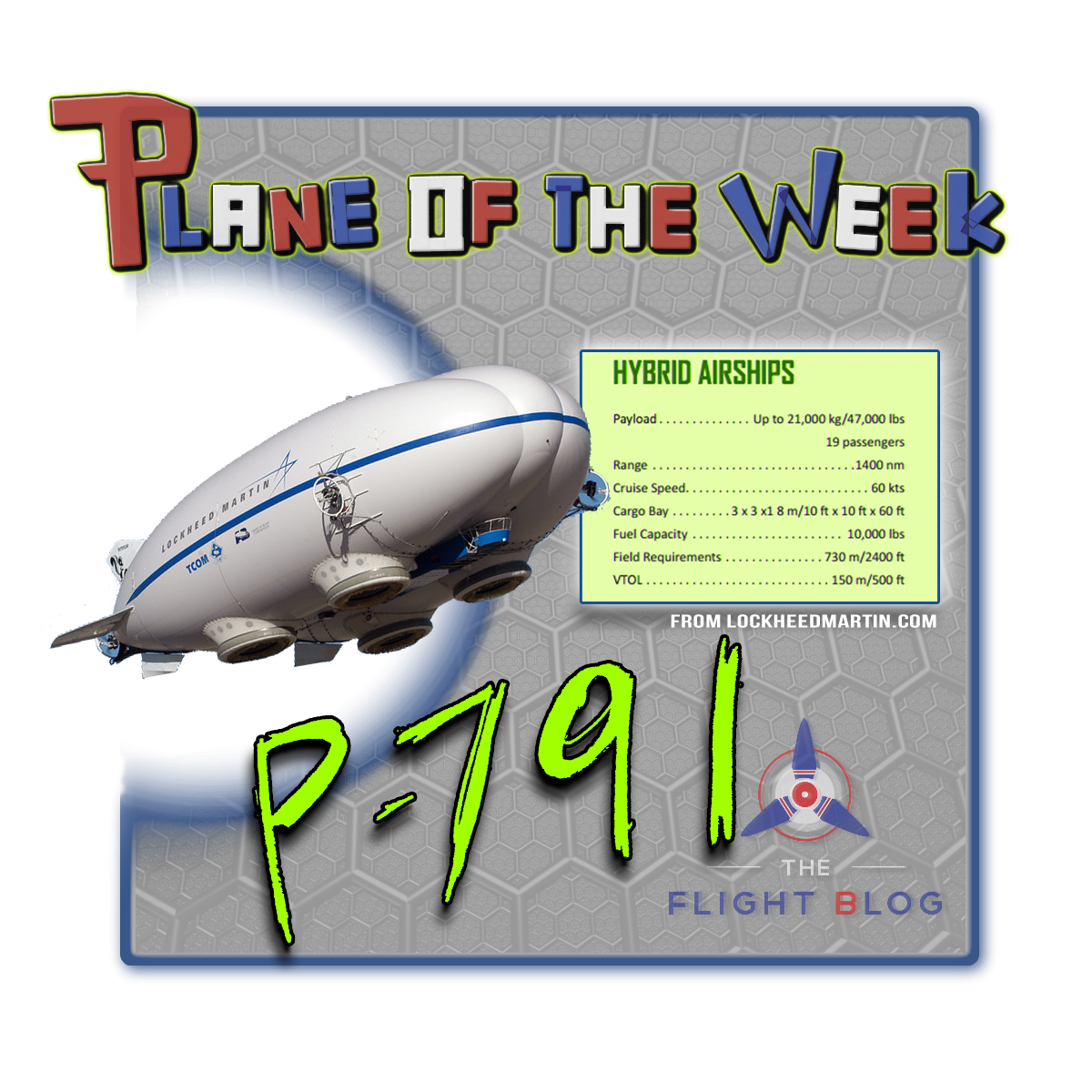 According to Lockheed Martin, hybrid airships consume less than 1/10th the fuel of a helicopter per ton, making them an economical solution of delivering cargo. Another benefit to the P-791 hybrid airship is its speed--despite its large cargo capacity (which is an obvious benefit), it still remains faster than land and sea transportation systems.