KC-135 Stratotankers serve a crucial role in several areas of the military--their main mission being to refuel long-range military bombers. Four turbofans power the massive machine under swept wings and allow it to carry up to 83,000 pounds of cargo while refueling F-105 and F-4 fighter bombers.

The aircraft has been servicing the United States Air Force for over 50 years. The Navy, Marine Corps, and allied nation's aircraft utilize the design and its mid-air skill. An organization dedicated to collecting and studying historical aircraft, the Air Military Command (AMC), oversees 414 Stratotankers. The Air Force Reserve and Air National Guard utilize 247 of these planes.

While the technology behind jet fighters and bombers progressed, the KC-135 replaced the KC-97 tankers, which were powered by propellers. The 1950's-era design did not have the same fuel efficiency and low-noise levels as modern military planes do. Several Stratotanker engines have been modified with new CFM-56 engines manufactured by CFM-International. The newer engine can carry 50 percent more fuel, costs 25 percent less to operate, offers 25 percent more fuel-efficiency, and is 96 percent quieter than the original.

Additional upgrades include the Multi-point Refueling Systems (MPRS), which add refueling pods to the KC-135's wings. US Navy and many NATO aircraft cannot be refueled with the boom procedure the Air Force uses; however, they make this possible through still using part of the tail-mounted boom method.

The City of Renton 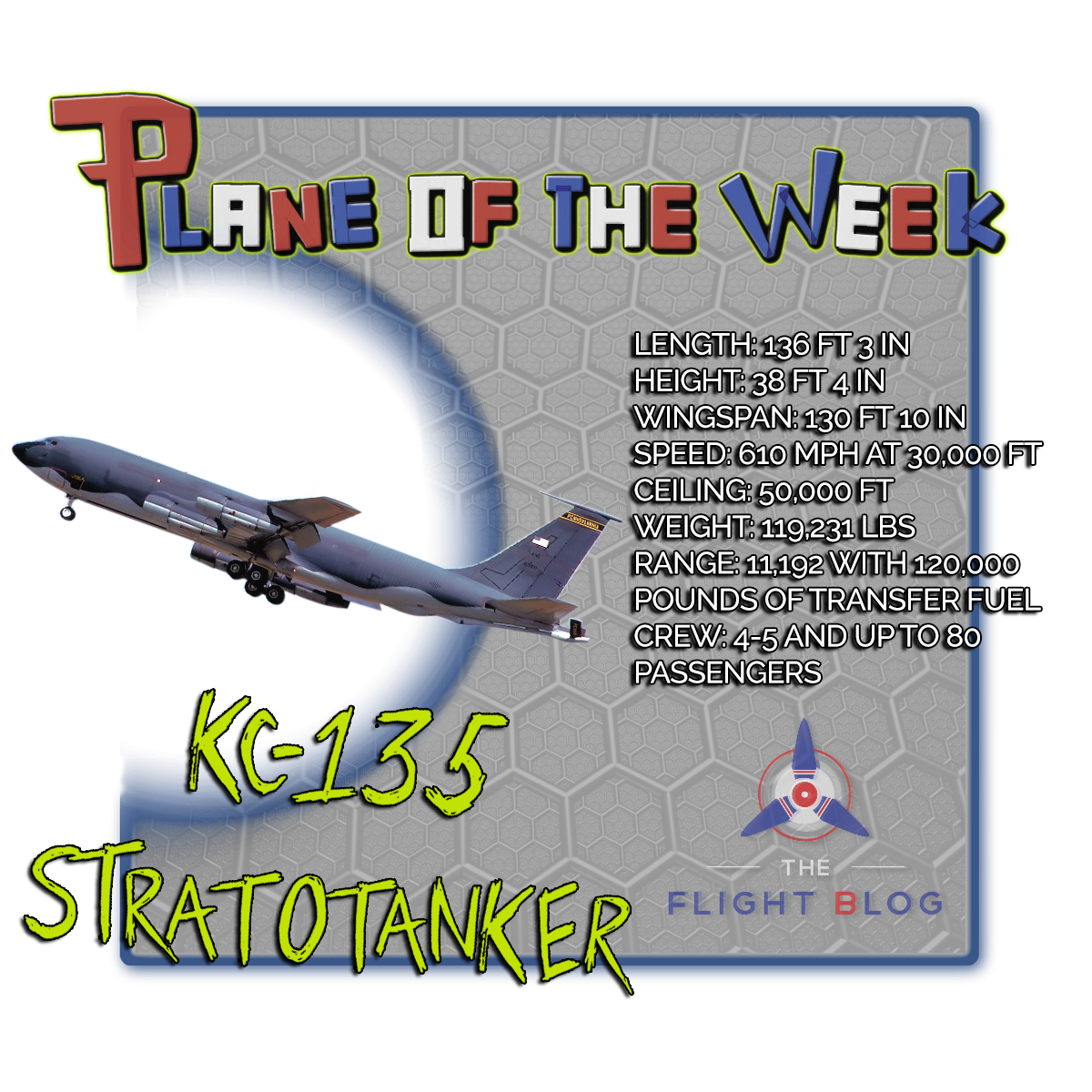 1956 brought the Stratotanker's first flight. Boeing's 737 factory is located in Renton, Washington and the KC-135 was deemed "The City of Renton" because, at the time, the KC-135 and KC-97 shared a tarmac. The company viewed the Stratotanker's introduction as its official transition into jet power and contributed to its dominance in the plane manufacturing industry.

The Stratotanker transfers fuel through the tanker's flying boom. A shuttlecock drogue follows and is used to refuel aircraft accommodated with fueling probes. Since the tank plays such an important role in the military, it's important to keep the planes as up-to-date as possible.

In addition to the responsibility to refuel, the KC-135's talents have also been utilized in other ways. The NASA Dryden Flight Research Center at Edwards Air Base in California tested new features for a plane in the late 1970s. "Winglets", or the small vertical fins on aircraft wings, were tested on the planes. The testing exhibited how the winglets reduced drag and increased range by seven percent.

In early 20011, the Air Force sent a contract to Boeing requesting it build the next-generation of Stratotankers, the KC-46. The 737-based design was set to replace 197 KC-135 planes.

Engineers developed the KC-46 Pegasus and it was flown for the first time on September 25, 2015. While it is still under development, it has so far proven to be a more modern and efficient refueling aircraft.