Debuted as the largest and notably best private jet you can purchase, the Gulfstream G650 transported passengers around the world more quickly than any commercial plane. The plane made history on the luxury-business jet front and was awarded the prestigious Robert J. Collier Trophy for Significant Technological Achievements in Aircraft Performance, Cabin Comfort, and Safety in 2013.

Gulfstream Aerospace debuted the Gulfstream 1, the world's first business plane and the original version of the G650, in 1958. The company's commitment to deliver the world's finest aviation experience shows in their exquisitely designed plane and luxury features.

Co-founder of the Grumman Aircraft Engineering Corporation, Roy Grumman, proposed developing a business plane at the end of WWII. He wanted to create smaller planes that could help drive the economy following the end of the war.

General Dynamics owns Gulfstream Aerospace, which allocated all the necessary resources to dive into the uncharted territory of business jets. The plane revolutionized general aviation and laid the foundation for an entirely new side of aviation. 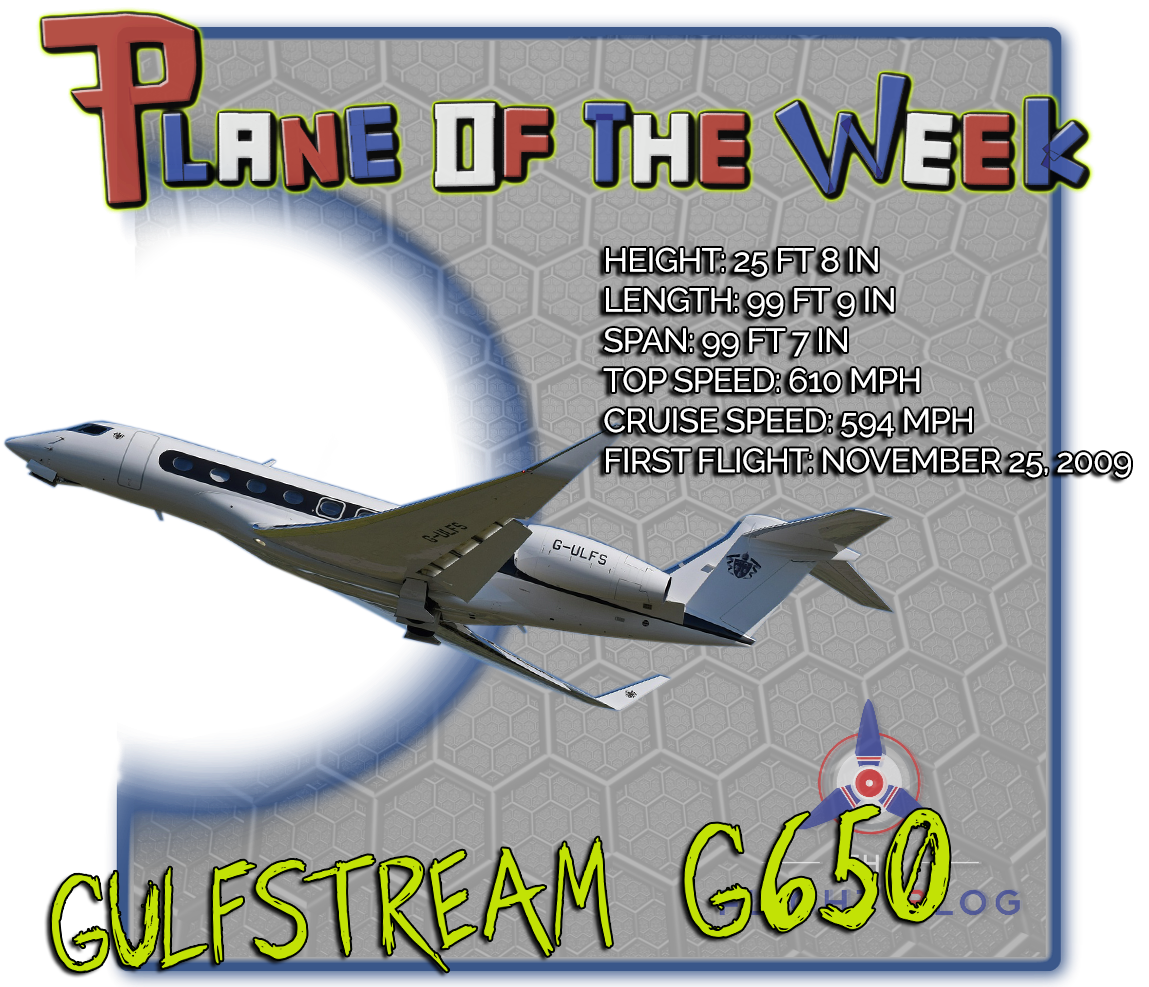 
Upon its introduction into service in December 2012, the Gulfstream G650 was deemed the most technologically advanced jet ever built. The spacious cabin offered amenities for meetings, entreating, and relaxing. It has large ice drawers, fitted storage for flatware, crystal dining options, and a convection oven. Passengers can also relax in a leather recliner or retreat to a private room to rest. Up to 19 passengers can fit on the plane and 10 can sleep comfortably.

Engineers researched elements beyond amenities such as the oxygen passengers breathe while in flight. The 650's cabin altitude is the lowest of any business jet and replaces all of the air every two minutes. The low pressure prevents the lungs and heart from working as hard, and passengers feel refreshed upon arrival.


The Gulfstream G650's speed stands out among other business jets. Two Rolls-Royce BR725 A1-12 engines power it to travel at a Maximum Mach Operating (MMO) of .925, or just over 709 mph. The aircraft is nearing the speed of sound (767 mph) and approaching supersonic status with its powerful engines.

It has fly-by-wire precision, a system that replaces conventional manual flight controls with an electronic interface. Specially designed wings striving for higher thrust and less drag increases both speed and range.

Pilots also experience the well-thought design of the Gulfstream G650 with the PlaneView II Flight Deck. It gives pilots a nose-mounted infrared camera so they can see other airport and terrain details at night and in low-visibility conditions. This creates easier landings and overall smoother flights.

The plane was awarded the prestigious Robert J. Collier Trophy for Significant Technological Achievements in Aircraft Performance, Cabin Comfort, and Safety in 2013. It is still in service today.