The Douglas DC-3 is one of the most revolutionary transport aircraft of the 1930s and 40s- or perhaps of all time. The Propeller driven DC-3 is a twin-engine monoplane, powered by a pair of Pratt & Whitney R-1830-S1C3G Twin Wasp piston engines. The DC-3, Then known as the DST or Douglas Sleeper Transport took its first flight on December 17 th, 1935 which happened to be the 32nd anniversary of Orville and Wilbur Wright's historic flight near Kitty Hawk.


Building out the DC-3 came from TWA's desire to compete with United Airlines. After a failed attempt to get Boeing to manufacture a fleet of 247 planes for them. With United already placing an order for these aircraft, Boeing would not sell to TWA, at which point they reached out to Douglas Aircraft about creating an airliner for them that could allow passengers to sleep during flights and thus the road to the DC-3 began.

Thanks to the DST and the DC-3, air travel in the US became viable and popular. Flying aboard a DC-3 or DST, passengers could cross the United states, West to East in about 15 hours with East to West trips taking an additional 2 and a half hours due to wind. Three fuel stops were typically needed to complete the journey.

The R-1830 is a 14-cylinder engine configured in a radial design and is air-cooled. Many variants of this engine were made, all of which produce between 800 and 1350 horsepower. The Pratt & Whitney R-1830 Twin Wasp engine was widely used in the 30s and 40s with 173,618 total engines being built, making the Twin Wasp the most produced engine in aviation.

It's hard to say where commercial aviation would be today without this aircraft, but one thing that is for certain is the Douglas DC-3 has revolutionized the way we travel in planes. Many DC-3s are still in service today, some as much as 70 years old, really proving to the world the value and durability of this aircraft. 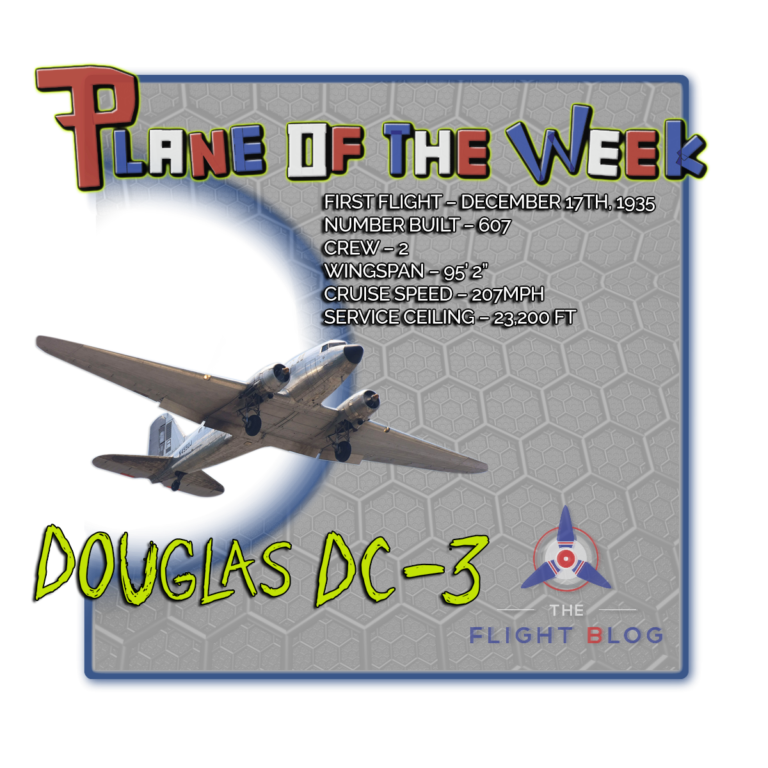