Between The Jetsons in the 60s and Back to the Future in the 80s, it seems that our past society expected our future (current) modes of transportation to be a little more fly. And yes, while our transportation technology has been evolving and developing alternatives (like Tesla's electric cars and Hyperloop technology), there's nothing quite as satisfying as flying your own car to work, school, or vacation (avoid the TSA lines, please!).

Now, if you take away the expectation of a personal flying "car", per se, you might be positively thrilled to find out that an electric personal aircraft is supposed to roll out January 2018.

Lilium Aviation is a German startup founded February 2015 by a team of visionary aerospace engineers and product designers from the Technical University of Munich: Daniel Wiegand, Patrick Nathen, Sebastien Born, and Matthias Meiner. This group of co-founders want to make futuristic history with their Lilium jet. 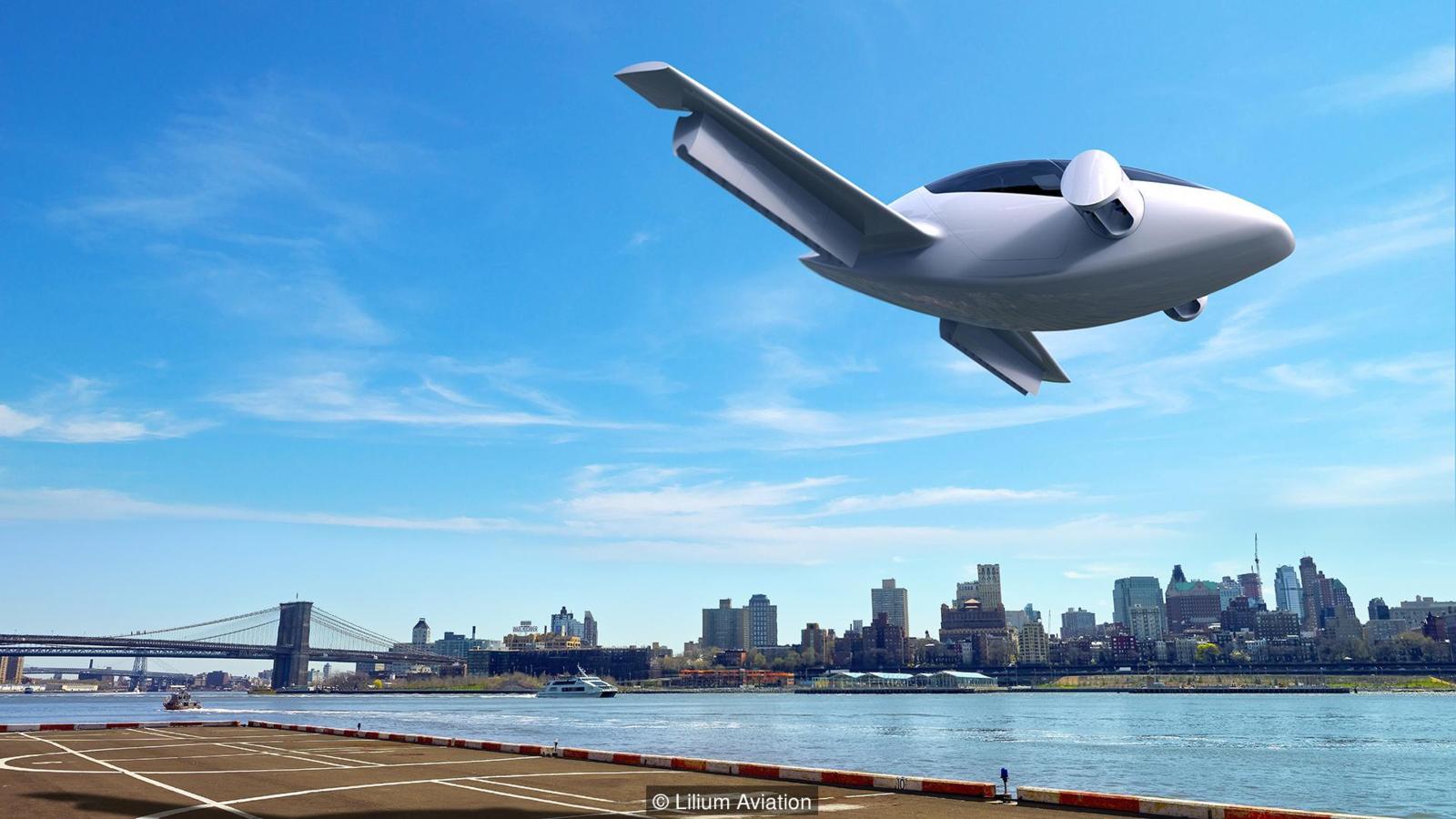 Lilium Aviation's advanced personal aircraft concept (which has already proved itself with several scaled prototypes) is to be an electric, easy to fly "Light Sport Aircraft" that can carry 2 passengers. The aircraft will have a top speed of 400 km/hour and a 500 km range (that's roughly 248mph and 310 miles, respectfully).

The Light Sport Aircraft designation for the Lilium jet is particularly beneficial in making this aircraft a relatively accessible and feasible option for enthusiasts looking for an everyday-type of aircraft.

Sure, you can say that the Lilium jet is essentially like a helicopter in regards to its function (yes, they are similar, but they are far more different). But even without exploring the technical differences between the two types of aircraft, consider the differences in licensing: helicopter-pilot training requires extensive schooling (learning to land in the event of engine failure is pretty important, after all) which can cost $60,000 (and hundreds of hours if you want to get any kind of job to make the investment worth it). A sport pilot certificate, on the other hand, is easier to manage, and requires a valid US driver's license, passing a written test, completing a minimum of 20 hours training (for an airplane), and passing the flight test, all of which is a less costly investment.

There are drawbacks to LSA classification, however: Light Sport Aircraft are limited to recreational flying in uncongested airspace during daytime hours in fair weather, so there is some limit to when and where you can fly it (so maybe no into-the-city Jetsons-type fantasy fulfillment in this case).

The Lilium jet poses other benefits when further compared to the helicopter, for example. Because the plane is entirely electric, it is much quieter during takeoff than helicopters (due to its ducted fan engines). The battery-powered duct fans also provide a cleaner option than fuel-burning turbine and piston engines found in helicopters.

The Lilium jet has 12 tiny ducted fan motors on each wing, as well as 6 in each of two swiveling nacelles that emerge from the nose; these 36 motors produce a total of 435 horsepower.  The propulsion system (electric fans, battery pack, and power controls) are designed so that in the event of one or several fans failing, it won't necessarily constitute the need for an emergency landing.

Initially, the Lilium jet will be restricted to takeoffs and landings at airfields-however, the ultimate goal is to have these aircraft able to take off from virtually anywhere, as it needs only an open space of 250 square meters to takeoff and land because of its vertical takeoff/landing capabilities (that's a little less than 2700 square feet; for reference, one good ole' American acre is 43,560 feet).

No need for airport infrastructure with these jets!

So while you might not actually be able to land a Lilium jet at your version of Skypad Apartments anytime soon, there is still hope that come 2018, we'll all be a little bit closer to flying ourselves above rush hour traffic on the highway.